Your 20s Are Still the Most Important Decade of Your Life

In this Q&A with Dr. Meg Jay, the clinical psychologist explains why the twenties matter, and how to make the most of them. 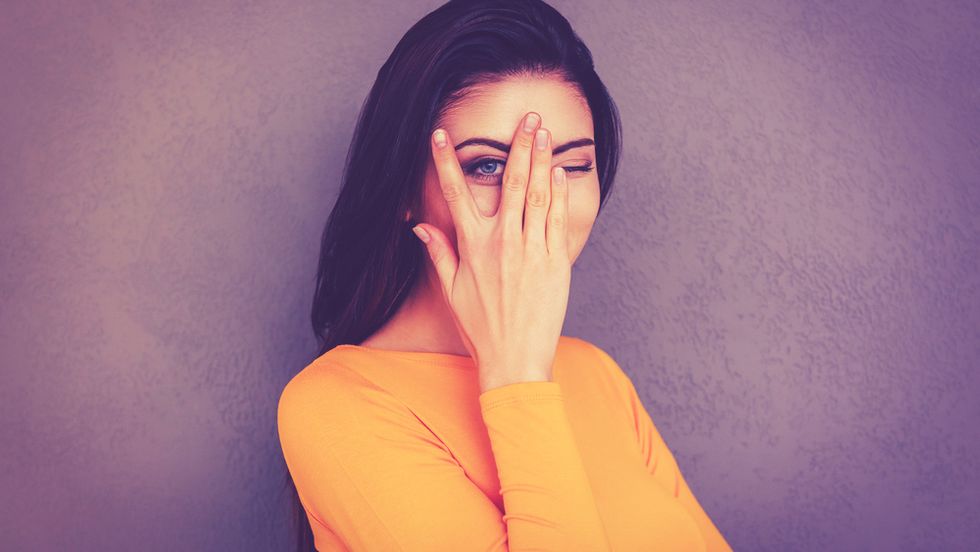 The best and worst part about being a twenty-something is that every decision you make can change the rest of your life. Once you're in your 30's or 40's, it gets harder and harder to reinvent yourself. In this Q&A with Dr. Meg Jay, the clinical psychologist explains why the twenties matter, and how to make the most of them. -- Megan Erickson, Ed.
Big Think: Why are the 20s so important?
Dr. Meg Jay: Our 20s are the defining decade of adulthood. 80% of life's most defining moments take place by about age 35. 2/3 of lifetime wage growth happens during the first ten years of a career. More than half of Americans are married or are dating or living with their future partner by age 30. Personality can change more during our 20s than at any other decade in life. Female fertility peaks at 28. The brain caps off its last major growth spurt. When it comes to adult development, 30 is not the new 20.  Even if you do nothing, not making choices is a choice all the same. Don't be defined by what you didn't know or didn't do.
BT: You write about several cases of recent grads who feel they're drowning or floundering around in the world waiting for something to happen. Has it always been this hard to thrive in early adulthood?
MJ: No. There are 50 million 20somethings in the United States most of whom are living with a staggering, unprecedented amount of uncertainty.  Many no idea what they will be doing, where they will be living, or who they will be with in 2 or 10 years. They don't know when they'll be happy or when they will be able to pay their bills. They wonder if they should be photographers or lawyers or event planners. They don't know whether they are a few dates or many years from a meaningful relationship. They worry about whether they will have families or whether their marriages will last.  Most simply, they don't know whether their lives will work out and they don't know what to do.  Uncertainty makes people anxious and distraction is the 21st-Century opiate of the masses. So too many 20somethings are tempted, and even encouraged, to just turn away and hope for the best. That's not the way to go.

BT: One of the main themes in the book is the line between thinking and doing. You argue that it's more important to just do something than to waste years dreaming up the perfect path. How can 20-somethings to put this idea into action?

MJ: One of my favorite quotes is by American Psychologist Sheldon Kopp: "The unlived life isn't worth examining." Too many 20somethings have been led to believe that their 20s are for thinking about what they want to do and their 30s are for getting going on real life.  But there is a big difference between having a life in your 30s and starting a life in your 30s.  Even Erik Erikson, the father of the identity crisis, warned that young adults who spent too much time in "disengaged confusion" were "in danger of becoming irrelevant."  If you want to be more intentional at work and in love, try working in a field you're curious about.  Try dating someone who is different from that last person who turned out to be a disaster, and try conducting yourself a bit differently while you're at it. Sure the 20s are for experimenting, but not just with philosophies and vacations and substances.  The 20s are your best chance to experiment with jobs and relationships.  Then each move can be more intentional and more informed than the last.
BT: How do you suggest they track their progress toward their future goals? Are milestones like 21 and 30 important?
MJ: Absolutely.  Milestones--21, 25, 30, New Year's, birthdays, reunions--are important because they trigger self-reflection.  Am I where I wanted to be by this age?  Did I do what I said I would do this year?  If not, why not.  And if not now, when?  A savvy 20something who interviewed me recently told me about a question she was advised to ask herself as she moved through adulthood: "If you keep living your life exactly as it is, where will you be in 3 years?" If you don't like the answer, now is the time to change course.

Besides, do you know what's not cool?  Sitting across from the 30somethings who cry in my office every week because they've run out of time to have the careers and the families they now realize they want. They look at me and say about their 20s, "What was I doing? What was I thinking?"

BT: About 25% of recent grads are unemployed, and 25% are underemployed. What is your advice for those who simply can't find a job?

MJ: Yes, half of 20somethings are un- or underemployed.  But half aren't, so my first piece of advice is to figure out how to get yourself into that group.  Most often, the way to do this is through what is called "the strength of weak ties."  The strength of weak ties is from sociologist Mark Granovetter's work on social networks.  What he found was that new information and opportunities usually come from outside of our inner circle. That foot-in-the-door at the company where you want to work isn't going to come from your best friends--your strong ties--or you would already be working there.  That job lead is going to come from weak ties, or from people you hardly know.  Email your aunt's neighbor or that old professor or your roommate's friend from college.

That's how people are getting jobs--especially good jobs--even in a tough economy. Most 20somethings hate the idea of asking outsiders for favors, but those who won't do this fall behind those who will. 20somethings who sit on the sidelines because of a bad economy will never catch up with those who figured out how to get in the game.

For those 20somethings who already have jobs but who are underemployed, it is crucial to remember that not all underemployment is the same.  Be sure you have a job that is allowing you to earn some form of identity capital.  Maybe you have a low-rung job at a hot company that adds value to your resume.  Maybe you're ringing up health food so you can devote your mental efforts to cramming for the LSAT at night.  Whatever you're doing should make the next thing you'd like to try seem more possible.

BT: How can 20somethings reclaim their status as adults given all the cultural trends working against them?

MJ: Don't let culture trivialize your life and work and relationships.  Don't hang out only with people who are drinking the 30-is-the-new-20 kool-aid.  I cannot tell you how many emails I have received from 30somethings since The Defining Decade came out, ones in which the writer says something like, "I used to roll my eyes at my peers who were determined to meet benchmarks--graduate school, real relationships, decent-paying jobs that reflect their interests--on time or early.  Now I'm envious and admiring of them. Now I'm working twice as hard for half the result."  Don't shrug your shoulders and say, "I'm in my 20s. What I'm doing doesn't count."  Recognize that what you do, and what you don't do, will have an enormous impact across years and even generations.  You're deciding your life right now.

BT: As a clinical psychologist, what advice do you have for coping with emotions like anxiety which inevitably arise during times of economic uncertainty?

MJ: Given that life and the brain change so much across our 20s, this is the perfect time to learn new coping strategies.  It's not okay to go to work with scars on your arms from cutting, it's not acceptable to scream at friends when things go wrong, and live-in girlfriends get tired of seeing us stoned every night. These are the years to learn to calm yourself down.  Gain some control over your emotions.  Sure, there's Xanax, which a recent conference presenter I heard only half-jokingly called "Jack Daniels in a Pill."  But practice calming techniques that can work over the long run:  exercise, therapy, mindfulness, yoga, cognitive meditation, deep breathing, healthy distraction, dialectical behavior therapy.  Use your rational mind to counter the anxious and catastrophic thoughts you have: "I probably won't be fired because I dropped one phone call." Try to create your own certainty by making healthy choices and commitments that off-set the upheaval in the world around.

BT: We loved this quote: "Claiming a career and getting a good job isn't the end, it's the beginning." Can you explain this a bit?

BT: Can you discuss some of the current neurobiological research, and how that impacted your writing?

MJ: By now probably everyone has heard that the teen brain is not fully developed and that the frontal lobe--the part of the brain where we plan for the future and tackle questions that don't have black-and-white answers--does not reach full "maturity" until sometime during our 20s.
Unfortunately, this fact about the late-maturing frontal lobe has been interpreted as a directive for 20somethings to wait around for their brains to grow up.  The real take-home message about the still-developing 20-something brain is that whatever it is you want to change about yourself, now is the easiest time to change it.
BT: Is your 20-something job, or hobby, making you smarter? Are your 20something relationships improving your personality or are they reinforcing old patterns and teaching bad habits?
MJ: What you do everyday is wiring you to be the adult you will be. That's one reason I love working with 20somethings: They are so darn easy to help because they--and their brains and their lives--can change so quickly and so profoundly.