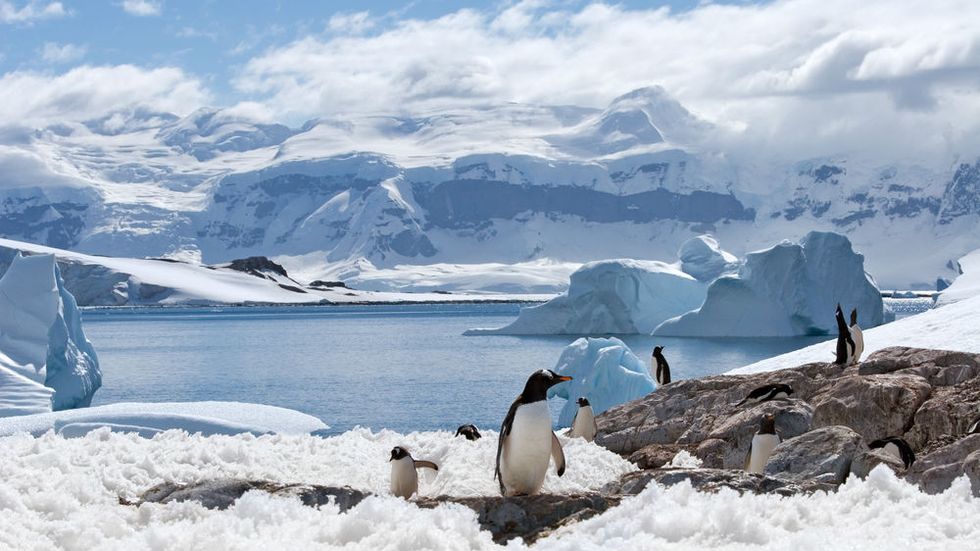 Editor's Note: Dennis N.T. Perkins is an explorer and author of Leading at The Edge, Leadership Lessons from the Extraordinary Saga of Shackleton's Antarctic Expedition.

"For scientific discovery give me Scott; for speed and efficiency of travel give me Amundsen; but when disaster strikes and all hope is gone, get down on your knees and pray for Shackleton." -- Sir Edmund Hillary

On December 14, 1911, Norwegian explorer Roald Amundsen and his team made history as the first expedition to reach the South Pole. Thirty-five days later, on January 17, 1912, British explorer Robert Falcon Scott reached the South Pole, with five exhausted men. None survived the brutal journey home. Another noted British explorer, Sir Ernest Shackleton, never reached the South Pole. While failing to achieve the first overland crossing of Antarctica, Shackleton succeeded at bringing all 27 members of his expedition party safely home, after 634 days of unbelievable hardship, and winning their cooperation, commitment, respect, and admiration.

Some one hundred years later, fascination with the race to the South Pole continues. And so do debates over which of the three Antarctic commanders was the best leader. To gain deeper insights into one of the most exciting and controversial chapters in the history of leadership under adversity, I devoted a decade to research, including traveling to the Antarctic to study the trailblazing paths of these famed expeditions. The polar adventures of Shackleton, Scott, and Amundsen provide fundamental leadership lessons for any leader -- no matter what race must be run:

Effective leadership requires a clear strategic focus. With single-minded determination, Amundsen set his plans and priorities on winning the race to the South Pole, for the glory of standing there first. Scott lacked such focus. He assembled the best scientific minds and equipment available for an unprecedented research expedition. But he also aimed to claim the "reward of priority" for the British Empire. Striving for both goals, Scott failed doubly.

Successful leaders are open to new ideas. As a Norwegian, Amundsen began with an advantage over his British rivals: comfort with skiing. Yet, he continued to refine his skills, importing ideas from the Eskimos and developing an integrated set of competencies -- skiing, dog-handling, clothing, and carefully-planned diet, pace, and rest -- for polar travel. Scott and Shackleton, however, were surprisingly resistant to the use of novel methods. Ultimately, both relied on the slow, grueling technique of man hauling.

Leaders need to draw on the collective wisdom of the team. As a leader, Scott believed it was his unique responsibility to analyze situations and draw conclusions. His decisions were closely held and sometimes revealed at the last minute. Consequently, members of his expedition had only a limited understanding of the rationale behind their course of action. In sharp contrast to Scott, both Amundsen and Shackleton solicited ideas and opinions from their men. Through this process, Amundsen and Shackleton gave team members a sense of control and value, resulting in greater ownership and commitment.

The best leaders forge strong bonds. Despite their differences in personality, the ebullient Shackleton and the understated Amundsen had strikingly similar approaches to leadership. Both were acutely sensitive to the emotions of their men and skilled at managing conflict. Both emphasized individual ability above rank or social status. And both participated in everyday expedition life, including menial chores. "These behaviors, both practical and symbolic, reinforced the message of unity," Perkins observes. Although Scott's doomed polar party stayed together until the very end, his detachment, emphasis on hierarchy, and unilateral decision-making style created barriers to team cohesion and damaged morale.

Adapted from Leading at the Edge: Leadership Lessons from the Extraordinary Saga of Shackleton's Antarctic Expedition, Second Edition by Dennis N.T. Perkins, with Margaret P. Holtman and Jillian B. Murphy.