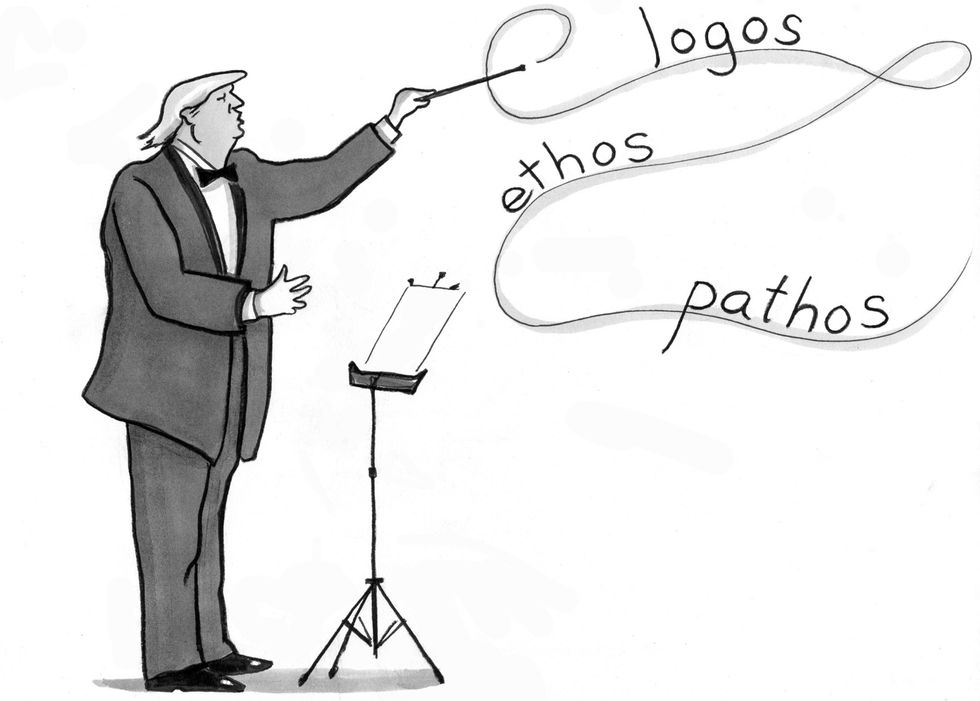 1. Like him or loathe him, Trump can teach us much. Especially smart folk enthralled by an unempirical faith in logic.

9. Those who prefer logos-only approaches have lost the plot. Pathologizing appeals to pathos and ethos, abandons all but the weakest persuader.

11. A logos-driven approach is an empirical error (a logic-intoxicated aspirational “reality-denying” doctrine). It’s self-evident (+measurable) that feelings and prior beliefs shape thinking about new “facts.”

14. Aren’t we all contradiction-filled? Aren’t many accepted premises contradictory?

16. For arguments, as for products, it’s not the best, but the best marketed, with the best rhetoric, that wins. (E.g. "policy formulation has moved from…prose to bullet point and graphic…argument to story").

17. All brains are biased. Geniuses included. We’re all confirmation seekers and disconfirmation resisters. (Housman called truth seeking “the faintest of all human passions”).

20. The Enlightenment’s flight from the supernatural has generated a sub-natural (sub-empirical) view of human nature (our odd mix...hedonistic + self-sacrificing, individual + social, rational + emotional).