The Moral Sciences Are Back

Moral sciences are back. Natural laws of ethics, envisioned early in the Enlightenment, can now be objectively studied. Game Theory is reteaching scientists and “rationalists” old wisdoms, while suggesting a “Golden Punishment Rule,” and a Naturalistic Fallacy reform (via "negative telos"). 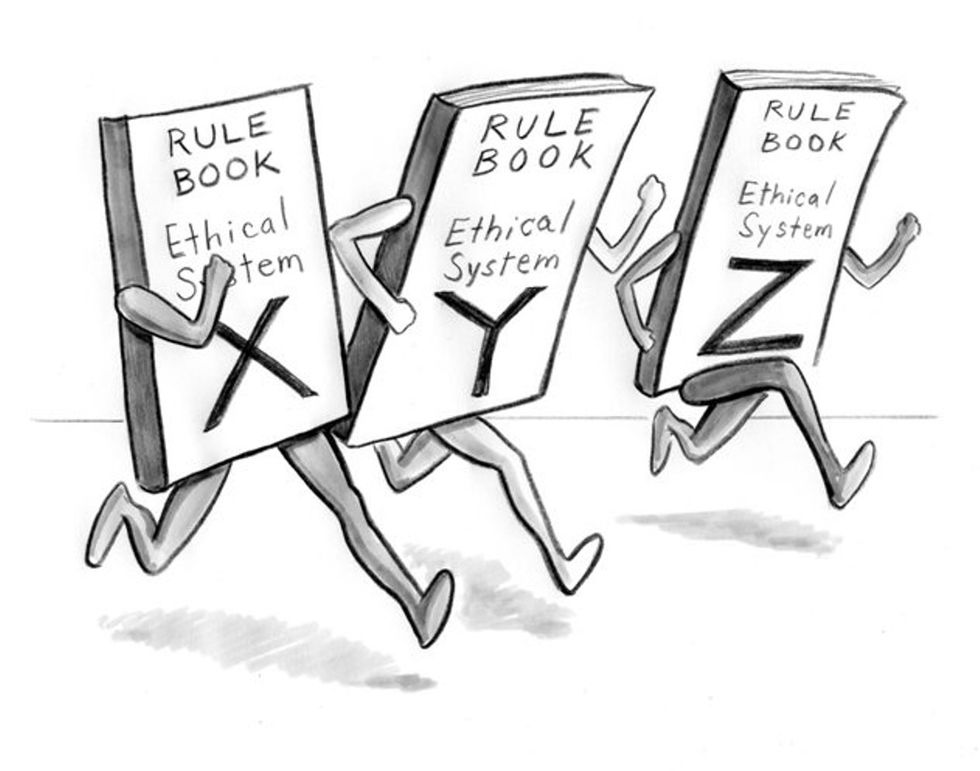 Natural laws of ethics, envisioned early in the Enlightenment, can now be objectively studied. Game Theory is reviving old wisdoms, while suggesting a “Golden Punishment Rule,” and a Naturalistic Fallacy reform (via “negative telos”).

2. The naturalistic fallacy says nature provides no ethical lessons. But without seeking good and evil in nature, we can compare the viability and productivity of behavioral rules. And we can map negative ethical spaces that are counterproductive or self-undermining.

7. Social species' behavioral patterns can be self-maximizing or co-maximizing. In Prisoner’s Dilemmas, that’s the lower-productivity “rationalist” approach vs. the higher-productivity Tit-For-Tat (Golden Punishment Ruled) cooperation. Let’s not forget we’re the most self-deficient, most other-dependent, species alive.

9. Life might not have a “telos,” (a grand purpose), but it has a kind of “negative telos.” Nature eliminates behavioral patterns that damage what they depend on. That’s a yet unnamed natural principle (I’ve suggested calling it needism), which even “survival of the fittest” must yield to.