Could This Transhumanist Be the next Governor of California?

Libertarian transhumanist Zoltan Istvan is running for Governor of California in 2018 and, among other things, he wants to conquer aging and death for all! 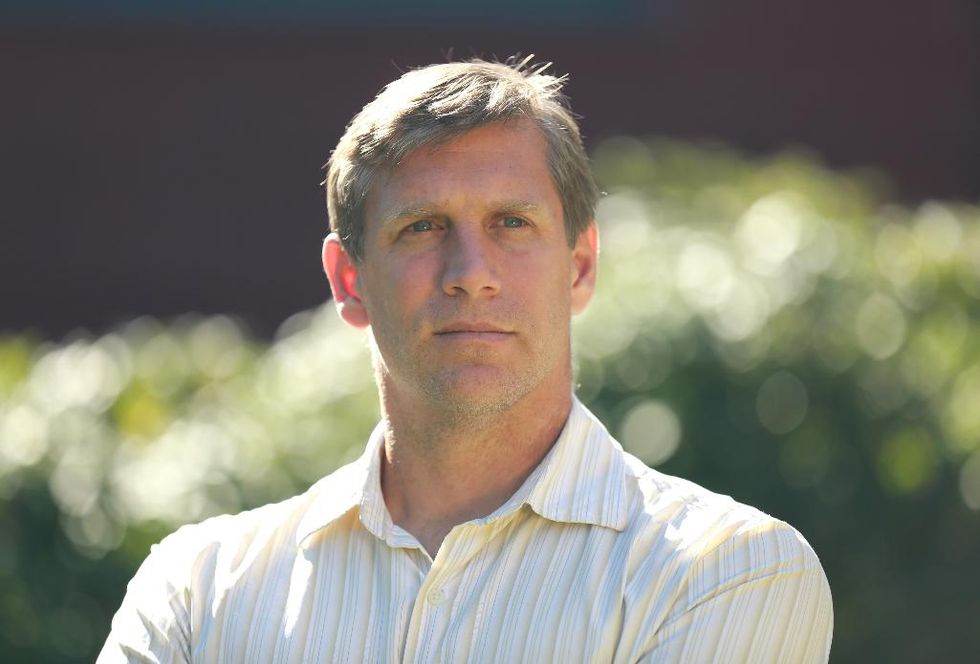 It’s a good time to be a transhumanist politician. As faith in the political establishment declines, new technologies, from gene editing to artificial intelligence, are transforming our lives faster than ever. The transhumanist author and politician Zoltan Istvan agrees. He thinks the time is ripe for pro-science and technology governance, and for leaders who will embrace the technologies that could fundamentally transform our conceptions of what it means to be human.

Istvan is a maverick who appears to thrive in an 'outsider' role. He self-published a sci-fi novel, The Transhumanist Wager, in 2013, which became a surprise bestseller on Amazon. In 2016, he made an unlikely run for US president as the leader of the Transhumanist Party. Now, he’s making a bid for Governor of California in the 2018 election under a Libertarian Party ticket.

As a libertarian, Istvan believes in promoting “maximum freedom and personal accountability,” a sentiment that gels well with his championing of human enhancement technologies and robot and cyborg rights.

Like all transhumanists, Istvan believes in using science and technology to enhance human capabilities and transcend current biological limits. He wants to be smarter, live longer, and eventually merge with advanced technologies to become a posthuman being—one that is impervious, or at least resilient, to aging, and most mortal risks. All Aboard the Immortality Bus

The primary role of transhumanist politicians and parties at present is not to win elections, but to spread awareness and garner political clout. Istvan acknowledges this, and he plays the role well.

When running for president in 2016, he drove around the country in a coffin-shaped “Immortality Bus” spreading the word that death should be conquered. He got a lot of media attention and helped to generate awareness about transhumanist ideas and technologies. He also seemed to be the only candidate actively desiring to be superseded. Eventually, Istvan hopes that an artificial intelligence will become president, as he thinks it will do a better job.

In 2017, the political newcomer set his sights on a smaller goal: California. He also made the pragmatic decision to switch to the Libertarian Party, which has a larger support base than his own Transhumanist Party. But Istvan hasn’t abandoned transhumanism. Many transhumanists are libertarians, or have libertarian sympathies, and Istvan believes that he can promote libertarian and transhumanist interests in tandem.

He notably opposes federal regulations that could hamper the development of advanced technologies, like artificial intelligence and gene editing, which have many marketable applications, from driverless cars, to the broad and growing field of personalized medicine. These industries are big in California, and Istvan believes they will be instrumental in promoting economic growth.

But what if robots end up taking all the jobs? As a left-leaning libertarian, Istvan thinks that some form of basic income will eventually be necessary to solve this problem.

The gubernatorial candidate is also a passionate defender of the joint transhumanist-libertarian view that the individual should have the right to choose what they do with their own body. The principle of “morphological freedom,” as it’s called in transhumanist circles, includes basic forms of DIY biohacking (Istvan has an RFID chip implanted in his wrist, which opens his front door) and extends to much more ambitious forms of body modification, like gene therapy, and other biomedical interventions that could stop or reverse aging, enhance physical and cognitive prowess, and even delay death.

Like many transhumanists, Istvan is also adamant that the government needs to classify aging as a disease. He views the fight against aging and death as a (trans)human rights issue, a stance he explained in a 2017 interview:

“My entire goal, and one of the things I'm standing behind is that we all have a universal right to indefinite lifespans. That's something I can promise you in the 21st century will become one of the most important civil and ideological rights of humanity. That everybody has a right to live indefinitely.”

Who Wants to Live Forever?

Apparently, quite a few people. Billions of dollars are being spent by tech corporations and entrepreneurs to unlock the secrets of human biology, reverse aging, and cure disease. Google’s Calico Labs, a $1.5 billion initiative, focus purely on anti-aging and life-extension research, and Mark Zuckerberg and Priscilla Chan have pledged $3 billion to cure all diseases by the end of the century.

PayPal co-founder and prominent libertarian transhumanist Peter Thiel is another keen investor in life-extension initiatives. He famously expressed interest in "parabiosis" an experimental procedure in which individuals over 35 receive blood transfusions from those under 25 in the hope of experiencing regenerative effects. Thiel has said of death:

“You can accept it, you can deny it or you can fight it. I think our society is dominated by people who are into denial or acceptance, and I prefer to fight it.”

Oracle founder Larry Ellison has also donated in excess of $430 million to anti-aging research, and is similarly outspoken about the tragedy of death:

But the question remains, is life-extension actually possible? Biogerontologist and co-founder of the Strategies for Engineered Negligible Senesence (SENS) Foundation, Aubrey de Grey, thinks so. De Grey believes that aging, and age-related diseases should be thought of as “the various types of molecular and cellular damage that the body does to itself as a side effect of its normal metabolic operation.” De Grey’s research focuses on figuring out how “to repair that damage and prevent it from developing into a pathology of old age.”

Other scientists, like the theoretical physicist Michio Kaku, and the Harvard geneticist George Church are also optimistic that cheap genomic sequencing, gene-editing techniques like CRISPR-Cas9, and the explosion of genetic and lifestyle data will help us to unlock and reverse the biological mechanisms of aging in the near future.

Of course there are many who think that living indefinitely is infeasible, or just plain wrong. Like the Jewish historian Hava Tirosh-Samuelson, who believes that death gives life meaning and that without it we would be less human. She also wonders: “What will people live for, if they live indefinitely?” and notes that in the Jewish tradition:

“The ideal of indefinite postponement of death is the highest form of human hubris, one more example of human rebellion against God who created humans as finite beings whose life narrative has a beginning, a middle, and an end.”

Other common concerns are population growth, resource scarcity, the fear that the old will refuse to make way for the young, and the worry that only the rich will benefit.

In a more philosophical vein, the American astronomer Seth Shostak has mused that if we radically extend our lives but remain biological we could become ultra risk averse and avoid doing everyday things like getting into a car. With so much potential ahead of us, even a small probability of dying would seem unacceptable.

Yet when it comes to upgrading the human condition, Istvan thinks we should go for broke. When asked what he thought about a posthuman future he declared:

“Oh I'm totally embracing it! I have called for the end of humanity as we know it. The reality is that I think the human body is frail. I don't want to say the human body is evil, but I don't like it. I'm not a fan of the human body. I think it's something that is designed to be replaced and replaced as quickly as possible.”

He makes a bold statement. And, like any politician, he argues (in line with Aubrey de Grey) that it will be good for the economy. But just how open minded is California? It's previously embraced ‘the Governator,’ but if Istvan were elected it could end up with a real-life cyborg—a human who gets upgraded to be more like a machine. For his part, Zoltan Istvan thinks that this is exactly what California, and humanity, needs.