Who Will Manage the New Human-Robot Workplace? Enter the Chief Robotics Officer 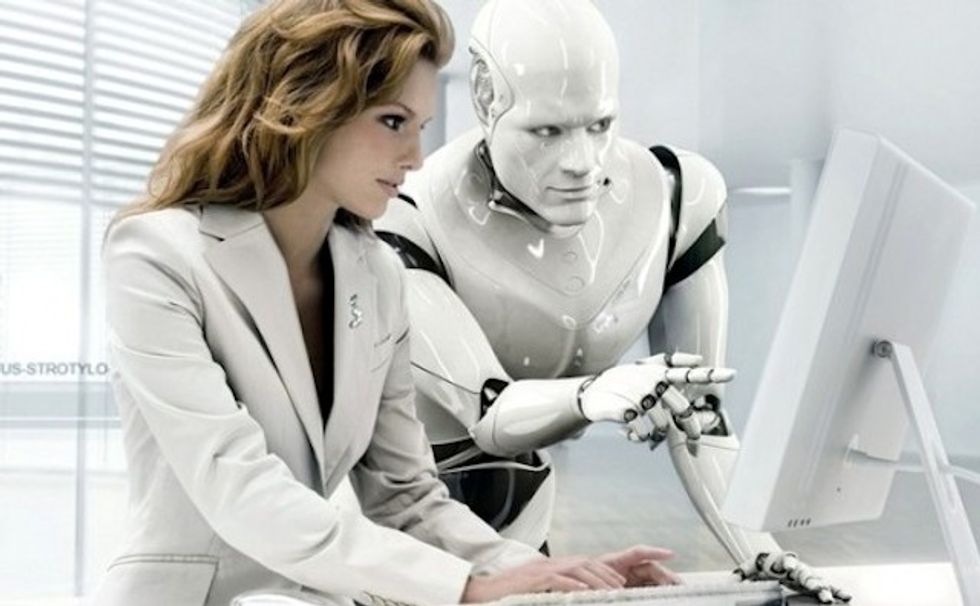 A new C is coming to the C-suite: The Chief Robotics Officer, or CRO. Do I hear laughter or detect an eye roll? Think again.

The bots are coming. Business leaders, social observers and researchers are voicing concern that robots, powered by advances in artificial intelligence, are coming not just to help, but in many instances to replace human workers. Advanced technology in the workplace is not new. The computer continues to revolutionize work. However, unlike the computer, robots will be more than a tool—they will be a new personality in the workplace.

Some robots are being designed to have a human likeness, perhaps to make them more like an odd but dependable colleague who sits down the hall and is always willing to help you out of a jam. Some bots, following the design of the social bot Pepper, may tell a joke as they roll by the water cooler.

Even gray-suited professionals in lofty high rises will be working alongside, or competing with, artificial intelligence. IBM’s Watson could be seen as more than a mere source of information, but as a member of a patient’s care team alongside a primary care physician, a nurse, a specialist, and a surgeon. A robo advisor may be at the table when a human financial advisor proposes a retirement plan to a client. An attorney may be required to check with her robotic colleague before submitting a brief if she wants to be fully covered by her malpractice insurance.

Human workers have supervisors to direct them and human resources to recruit, navigate and, at times, advocate for them. Who will manage and advocate for the robots? Who will adjudicate conflicts between robotic and human colleagues? Enter the new C-suite executive— the Chief Robotics Officer or CRO.

Chief Robotics Officer positions are already being created. Observers suggest that the CRO is what the Chief Information Officer was to business when ushering in computers in the 1980s. Seminars about the need for a CRO in the workplace are abundant. Gartner forecasts that 10 percent of companies in supply chain dependent industries will have a CRO by 2020. Cisco reports that as many as 60 percent of many key industries, e.g., farming, healthcare, energy will employ a CRO by 2025.

The responsibilities of today’s nascent CROs are almost exclusively about implementing technology and achieving the efficiencies and productivity gains that robotics and artificial intelligence promise. However, for the CRO of the future, the challenge of managing robotics in the work environment may be profoundly human rather than solely technical.

Among the key differences between existing technologies and AI is that robotics will interact physically, cognitively, and emotionally with people. Unlike other technologies, such as IT, where younger employees may have had an advantage, robotics will be less about who knows how to use the technology than who can successfully maintain competitive advantage providing real business value (human value) in the new blended human-robot workplace. Robots could be seen as contributing to a hostile work environment — “that “@^#*! machine is going to take my job.” Will the lazy guy two cubicles over take advantage of a robot’s good nature and unload his work onto the bot — only to take full credit for the AI’s excellent work?  How will disputes on work product or task assignments be settled between humans and ‘bots? Will robots be part of the new multifunctional inclusive team? Will certain robot models be marketed as better than others at fitting into a company’s culture?

The European Union has been considering the “personhood” of robots. Robots might be considered “electronic persons” with rights in the near future. If bots are granted personhood, how will their workloads be managed equitably? Could a supervisor or firm be accused of giving a bot too much work?

The EU and others have also discussed taxing robots and developing liability standards should a bot make a mistake. Imagine a human lawyer deposing or questioning a robot in court that had witnessed an unfair labor practice or inappropriate behavior from its (human or robot) colleagues.

If robots can be taxed or liable, there must also be compensation — but to whom? How do you compensate an electronic person? Do you offer benefits such as downtime, a software update, more frequent debugging? Perhaps this is far-fetched, some may even say silly, but the fact that these questions are being asked by policy makers means that someone in an organization that employs AI will have to respond with reason and a plan.

Tech does not just improve (or disrupt) what we do. It profoundly changes what we do. Artificial intelligence in the workplace will certainly displace many human roles and responsibilities. But rest assured, for every efficiency found, there will be another reason to create a new department. Whether the Chief Robotics Officer will be human or bot has yet to be determined. Who knows, robots may enter the C-suite faster than we think.