Smart phones will empower the tourists of the future, acting as their expert personal interpreters and translation shades that can instantly decipher text in foreign languages. 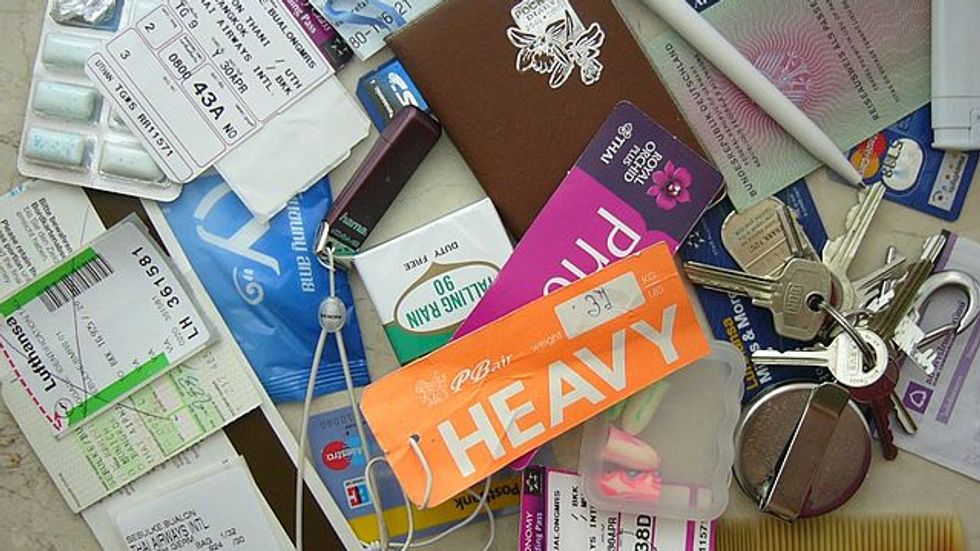 Over the past decade, especially since 2007 when the first iPhone was launched, technology has become a centerpiece of our daily lives. Although still called smartphones, devices like the iPhone, the Droid or any other mobile phone in that range are actually mini computers that have more capacity than laptops had only a couple of years ago. Maybe even more importantly, all of them use touch screen technology as input device nowadays which had been seen as the unrivaled gold standard in hardware manufacturing for years. It’s simple and natural and anyone from toddlers to grandparents can understand the principle of using such a device in less than an hour.

There is no doubt that those technologies, including tablet devices, will play a major role in education. They will replace classic dead wood textbooks, writing utensils and take away market share from consumer electronics like photo and video cameras. Those mobile devices will also take another role, something we could call external storage for our brains.

When was the last time you learned a telephone number by heart for example? Or when did you try to learn the route to your friend’s place or a new restaurant down town? Depending on how you use your mobile phone you will either pick the person you want to call from the address book or you use voice calling. The only time you actually type the telephone number might be when you enter it in the address book which will soon be replaced by simple exchange through BlueTooth or WiFi technology. And with inbuilt GPS the chances to get lost on your way or the need to ask a passer-by for directions are going to zero.

We increasingly start trusting our external brains for information like that and there is basically no reason not to take it a step further as soon as we will feel that our mobile companion was capable of storing and handling the information for us.

In my first article here on BigThink, I wrote about the possibilities young language learners are offered by the community model a couple of start-ups are building their business on. Learning a language is a great experience in itself but most of us won’t be able to learn one or two other languages besides their native in their lifetime. Even with technology getting better and better and helping us to learn it effectively, it will still take a considerable amount of time, something you might not want to invest for a two week holiday in China, India or the Netherlands.

Older generations had a funny feeling of incertitude when travelling to a country whose language they did not speak, but this has already changed because “everyone speak English” these days. For native English speakers this is of course a big advantage, and for the rest of the world it became a commodity to learn it as second language. But still there are and will be places where this does not work. The solution to that might be in our pocket.

Presented at the IFA 2010 in Berlin for the first time, Google Translate Conversation Mode is your personal interpreter. It works with speech recognition, so you and the person you would like to talk with don’t even have to type. You simply ask your question in your native language and the smartphone will translate it into the language of your conversation partner, speaking the sentence in German. The other person can then answer in German, the device translates it into English, and you hear the answer. Below you can watch a short presentation:

This is certainly early stage technology and it will still take some years to make it work on a decent level, nevertheless you can already experiment with the English/Spanish version today. Now imagine a similar situation in a small market street in Shanghai or Mumbai, being able to speak to local people about their merchandise or food they sell. Just being able to ask a random person on the street and understanding their answer will give us more peace of mind which will make the experience in that country so much better. But, you might say, this cannot help us understand what is written on street signs, right? Wrong.

When I first saw the product demo of this application, I and basically everyone else thought this was either fake or magic. The video below became an instant hit on YouTube and is the only product demo I know today that ranked in the top 3 most viewed videos for a day or two.

Worldlens is a mix of augmented reality, OCR technology and translating software. It will also work without Internet connection which is another plus point. Imagine this kind of technology in your shades, automatically turning any written text on any street into your native language. Like Google Translate Conversation Mode this is early stage but you can try the application on your next trip to a Spanish speaking country even today.

All of the above leads us to ask one big question: Do we need to learn new languages at all? As a language teacher I say of course yes, but... There is a difference between learning a language because you want to and learning it because you need to.

Learning a language because you want it involves so much more than just vocabulary and grammar; it’s about culture, history and getting in contact with people. Like I explained in “The Power of Communities in Modern Language Learning” the social aspect, building relationships and a mutual understanding of each others culture is the key in that process.

Learning a language because you need to, or at least feel that you need to, most likely leads to frustration and failure. Technologies like the two described above could potentially open our minds to the culture even before we learned the language. It is undoubtedly not the same as speaking the language but it will take away a lot of the stress, shakiness and intimidation we feel when being surrounded by people whom we can’t understand. It might even be the spark that lights the desire to start learning a new language.