Does LSD Microdosing Boost Intelligence and Creativity? This Study Hopes to Find Out

Imagine getting imperceptibly high, then playing Chinese strategy game 'Go'. This is the experiment the Beckley Foundation will run to test the value of LSD microdosing. 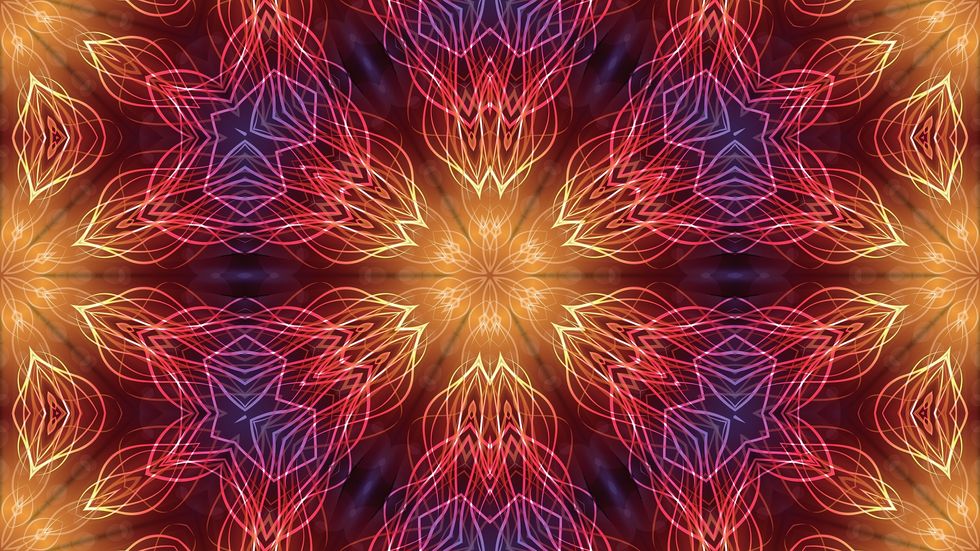 Lysergic acid diethylamide, popularly known as LSD, was first synthesized in 1938 by the Swiss chemist Albert Hoffman, incidentally, the same person responsible for isolating and synthesizing psilocybin, the main compound of magic mushrooms. It took Hoffman five years and a dose of chance to discover LSD’s psychedelic properties, after he accidentally ingested it.

The history of the drug in the following decades is colorful. In 1947, it was introduced on the market (first in Switzerland and then in the U.S.) as a psychiatric drug hailed to cure “everything from schizophrenia to criminal behavior, ‘sexual perversions,’ and alcoholism.”  The 1950s marked the beginning of a 15-year LSD research craze, which generated more than 1,000 scientific papers and a CIA program called Project MKUltra, which attempted to use LSD as a “truth serum” and due to its shady activities eventually became the inspiration for Netflix hit series Stranger Things. In the '60s LSD was the psychedelic drug of choice of the hippie movement and of many artists, academics, and medical professionals.

As a result of its widespread use, unconvincing scientific research, and negative publicity generated by bad trips, in 1970 the drug was classified as a Schedule I drug in the U.S., meaning “it is deemed to have a high potential for abuse; it has no legitimate medical use in treatment; and, there is a lack of accepted safety for its use under medical supervision.”

The use of LSD, however, hasn’t declined significantly over the years. Recently, a new form of usage is becoming popular and sparking scientific interest: microdosing. Microdosing is the act of regularly taking small doses (usually 1/20 to 1/10 of a normal dose) of LSD or magic mushrooms, usually three or four times a week. The point of microdosing is to be able to experience the positive effects of the drug, without hallucinations and while remaining fully functional.

People who use microdosing claim that it helps them enhance their creativity, improve their mood and focus or simply makes their day better. Others say it has a therapeutic effect, helping them with mental health problems, without the side effects of prescription medication. The scientific consensus to substantiate these claims is not there yet, but several studies have been done, and more are underway.

Why Is It So Hard to Gather Scientific Evidence?

Since the 1970s, it has been difficult to conduct research on LSD; because of its legal status, both funding and approval for the studies are hard to get. In 2001 the U.S. Drug Enforcement Administration stated that LSD "produces no aphrodisiac effects, does not increase creativity, has no lasting positive effect in treating alcoholics." Many of the studies that were done in the early days were discredited due to methodological flaws. Most evidence of the effect of the drug remains anecdotal, with James Fadiman’s database of LSD user experiences following his microdosing protocol, being the most famous one.

In 2014, the Multidisciplinary Association for Psychedelic Studies (MAPS) completed the first double-blind, placebo-controlled study of the therapeutic use of LSD in human beings since the early 1970s. The study found positive trends in the reduction of anxiety following two LSD-assisted psychotherapy sessions, but similar study designs have been criticized for the inability to differentiate between the effects of the drugs and the therapy.

The Beckley Foundation is another institute currently at the forefront of psychedelic drugs research and policy. It funded a 2015 study which for the first time used modern neuroimaging techniques to show how LSD alters brain blood flow, electrical activity, and network communication patterns.

The scientists found that under LSD, regions in the brain start communicating with each other, when they usually don't, which can explain some of the vivid hallucinations that people experience. On the other hand, other neurons that normally fire together lost synchronization, which correlated with volunteers reporting a disintegration of their sense of self, or ego.

The Study to Prove Microdosing Makes You Smarter

Now, the founder of the Beckley Foundation, Amanda Feilding, wants to test whether microdosing on LSD improves cognitive functioning, including increased creativity. Feilding, described by Vice as “a hippie aristocrat turned drug reformer,” has had a long history with the drug. Currently 74 years old, she used LSD daily in her youth and remembers that taking it significantly improved her performance at Go, the Chinese strategy game.

Fielding has launched a crowdfunding campaign to raise money for a study which will be a partnership between the The Beckley Foundation and Imperial College London. It will consists of 20 participants who will take microdoses of LSD, complete questionnaires on their mood, undergo brain scans and play Go against a computer.

“The tests of creativity which are current, like Torrance test, they don’t really test for creativity, they test more for intelligence, or word recognition, or whatever,” says Feilding for Business Insider. “They can’t test those ‘aha’ moments in putting new insights together, whereas the Go game does test for that. You suddenly see, ‘Aha! That’s the right move to enclose the space.’"

Fielding is crowdfunding through Fundamental, a platform specifically dedicated to the research of psychedelics. Other areas of interest for scientists raising funds through the platform are PTSD, depression, alcoholism and anxiety.

Some scientists are skeptical of microdosing, however.

“The dangers are that we don’t know what the risks in the long-term might be. We have no idea what the effect might be on driving, for example, or skilled tasks. The definition of microdosing is that you don't notice the subjective effect, but that doesn’t mean that it is not having any effect on you.”

Matt Johnson, a psychologist at Johns Hopkins University says that because the described effects of microdosing are subtle it is susceptible to the placebo effect.

The only way to know the truth, however, is to have more double-blind controlled studies and more longitudinal studies. A difficult task, given the current financial and administrative hurdles that scientists face.

To hear an honest, funny, and informative account of it's like to experiment with microdosing personally, here's our podcast episode with novelist and former federal public defender Ayelet Waldman.