RIP, Privacy? The Strange Paradox of How We Act Online.

Do we really care about privacy? An interview with Manoush Zomorodi, host of WNYC's Note to Self, about The Privacy Paradox campaign. She discusses an ethical code needed for technologists, why the typical ad-based business model online is not sustainable, and why it's time for internet users to be "digitally woke." 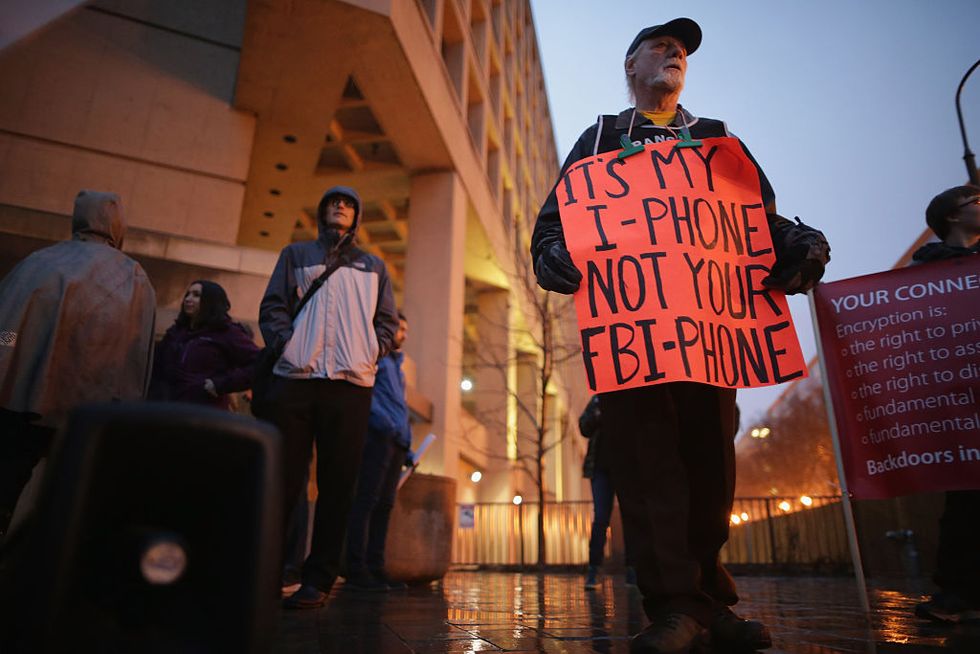 One of the greatest paradoxes regarding our tech use is how we profess to care about controlling our private information online, yet appear so willing to give it away. Although 92% of American internet users are worried about their online privacy and 64% feel it should be a human right, only 31% understand how companies share their information. There is a yawning gap between the expressed concern and the actions users take.

“Some people say we don’t care about privacy,” says Manoush Zomorodi. Manoush is the host and managing editor of the popular podcast Note to Self, produced by WNYC Studios. She disagrees with the typical Silicon Valley assessment that users are apathetic towards their privacy. In her view, users are faced with a conundrum where they must balance their privacy concerns with a competing desire to utilize popular services and advance professional careers. "To be a person in the modern age, you need to be searchable."

How do we balance our desire to be connected with our desire for privacy?

This is the question that Manoush is tackling with Note to Self's latest project, The Privacy Paradox, which seeks to better educate users so that they are able to weigh the tradeoffs and make smart decisions. She has assembled a diverse range of leading thinkers, such as technologist Anil Dash and Sir Tim Berners-Lee (inventor of the World Wide Web), to offer a fresh interdisciplinary perspective on privacy.

Unlike traditional tech shows discussing what our devices can do for us, Note to Self digs deep into what our devices are doing to us. Their tagline is, "A tech show about being human." Last year the show enlisted 30,000 listeners to take part in Informagical, an interactive experience that tackled information overload. The year before, Manoush and Note to Self launched Bored and Brilliant--an interactive project that shed light on boredom's role in being creative and feeling human. Later this year Manoush will release Bored and Brilliant: Rediscovering the Lost Art of Spacing Out (St. Martin’s Press).

With The Privacy Project, Manoush is setting out to change not only consumer behavior but hopefully how Silicon Valley operates. The typical business model for apps and social networks is based on zero upfront cost of the consumer, with revenue derived on the backend from data monetization/targeted ads. Instead of paying a monthly fee a la Netflix, you are paying with your privacy.

How is the tradeoff going?

"People feel uncomfortable but they don't know why they feel uncomfortable," says Manoush. "This stuff is built to take away our attention." Manoush sees a strong connection between a growing awareness around how tech products work with a changing consumer expectation. Marketers, in particular, have reached out to her privately to express their conflicted feelings with big data and targeted ads. According to last year's study by the National Cyber Security Alliance and TRUSTe, 44% of American internet users believe that online privacy will improve with greater consumer awareness.

For example, 57% of Note to Self listeners have ditched an app over privacy concerns. If growing awareness leads consumers to not use apps with poor privacy protection, consumers would be sending a signal using something that has always been persuasive to alter business practices--their purchasing power.

Design ethicist Tristan Harris has likened this movement to the recent rise in organic foods. With organic foods, the more aware consumers understood the nutritional value the more they demanded nutritious food. With apps and social media, consumers are relatively in the dark about how their choices will impact them long-term. There are no "nutritional labels."

What do consumers want?

"People want to find something that works for them," says Manoush. She points to her own nuanced social media use, where she is guarded with access to family while extremely open with her personal thoughts. "I will not post pictures of my kids, but I will post about my inner neuroses." Trying to fully grasp obtuse legalese and boxes to check and when to opt-out puts a heavy burden on the user. "It's like a game of digital whack-a-mole."

She is hopeful that the future will include both greater consumer awareness along with better access to how products impact our privacy. "It's totally unfair that we have the full responsibility of being safe." While she believes that Silicon Valley shouldn't be in the position of having to police itself, Manoush suggests both an independent oversight agency and an ethical code that technologists should take.

Christian Rudder, co-founder of the dating site OKCupid, discussed the competing interests of data ownership in a previous Big Think video. Rudder, the author of Dataclysm: Love, Sex, Race, and Identity--What Our Online Lives Tell Us about Our Offline Selves, argues that consumers shouldn't have full control over their data but should be able to remove their data when the business relationship (data-for-service) is over.

I think there's a good argument for you being able to – when you're tired of that exchange I don't want to use Facebook anymore, you should be able to exit that experience wholly rather than leaving whatever vestige of yourself you have to leave now. I know that they give you tools for that and the world I think generally is coming around this idea, but it is scary even to me as an owner of one of these websites, if you're going to sit there and live online, and for whatever reason you want to break up with the site that you're still beholden to them even after you've made that decision.

How did we get here?

Although George Orwell seems to be on the tip of everyone's tongue these days, Manoush finds greater relevance with Aldous Huxley's work. Instead of an in-your-face change, it has been a subtle drifting towards our current state of online privacy. The goal of The Privacy Paradox it to be digitally woke, cognizant of the underlying trade-offs and capable of making informed decisions. "Let the tech companies and marketers know that their model is not a sustainable model," says Manoush.

Let's see if 2017 is the year of being digitally woke.