The music’s so loud you’re losing your voice shouting to your friends, the place is filled with throbbing, darting colors, and the whole place is like some fever dream. Over there at that table, people have rolled-up Euro banknotes held up to their noses and lines of powder laid out on the table before them, nearly hidden behind their half-finished drinks, and wait, what? What are they snorting? That looks like…chocolate. It probably is. Just in time for World Chocolate Day — as if every day isn’t Chocolate Day — word reaches the U.S. of one of Europe’s latest trends: snorting cacao powder.

The source of the buzz about the new buzz is one Nick Anderson, CEO and founder of Legal Lean, who’s pushing Coco Loco, the can of the “Infused raw cacao with a special energy blend” he whips up in Orlando, FL. (“Coco Loco” is also the name of an unrelated drink.) 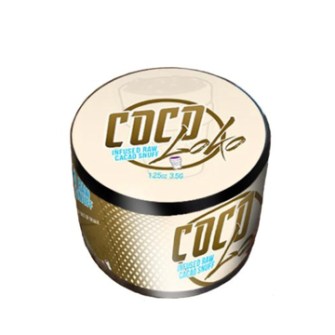 After hearing about chocolate-snotting in Europe, Anderson says he became intrigued, telling the Washington Post, “At first, I was like, ‘Is this a hoax? And then I tried it and it was like, OK, this is the future right here.” Well, his future, anyway. He decided to invest $10,000 into developing his own “chocolate snuff.” “Some versions, they just burned too much,” he recalls. “Other times they looked gray and dull, or didn’t have enough stimulants.” He wound up combining cacao with gingko biloba, taurine and guarana, which are also ingredients in energy drinks. 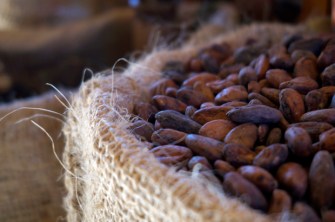 Anderson says the effects of Coco Loco are “almost like an energy-drink feeling, like you’re euphoric but also motivated to get things done.” Well, hello, gingko biloba, taurine and guarana.

If there’s any cause for concern here it would be those three ingredients, which have been linked in the past with an increase in blood pressure and may cause heart palpitations when ingested. The Post spoke to Dr. Andrew Lane, director of the Johns Hopkins Sinus Center, who says that snorting them may increase their effect. “First, it’s not clear how much of each ingredient would be absorbed into the nasal mucus membranes.” He’s also just a little concerned about the potential for gumming up your works: “And, well, putting solid material into your nose — you could imagine it getting stuck in there, or the chocolate mixing with your mucus to create a paste that could block your sinuses.”

What he’s not especially concerned about is this leading to drug-snorting, saying, “If you’re going to do drugs, you probably don’t start with chocolate.” Some chocoholics might disagree. 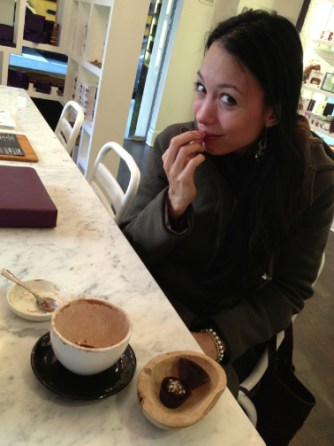 The FDA hasn’t weighed in on Coco Loco or chocolate snorting in general, spokesman Peter Cassell emailed the Post: “In reaching that decision, FDA will need to evaluate the product labeling, marketing information, and/or any other information pertaining to the product’s intended use.”

Science uncovers the origin of the first light in the Universe

The distant Universe, as viewed here through the plane of the Milky Way, consists of stars and galaxies, as well as opaque gas and dust, going back as far as […]