Augmented reality (AR) apps have been around for as long as there have been cameras in phones. The first one for the iPhone was Metro Paris Subway, released in 2009. A reviewer at the time said “…Don’t bother…Because it’s just not that exciting.” Every important new technology needs a killer app to show people why they can’t live without it, and on July 6, 2016, AR finally got one: Pokémon Go.

No app — or arguably any amusement of any kind — has ever launched with such explosive virality. 21 million people downloaded it in just three weeks and many of them have joyously surrendered their lives to the game. Thanks to some tinkering by its developer Niantic, though — or maybe because every fever breaks eventually — Pokémania looks like it’s already peaked. Nonetheless, it’s safe to assume that AR is here to stay, and it comes with some interesting considerations.

The simplest, most obvious thing you can say about AR is that it forces sedentary users to get up and out into the real world for some much-needed exercise. And when they do, the odds of social interaction increase, especially with people playing the same AR game.

Second, some experts believe that playing AR games stands to rekindle the imaginations of children in ways that passive on-device play can’t.

The Atlantic spoke with media producer Devon Lyon, who thinks that reintroducing children to unexpected AR elements merged with reality will spur their own creativity, a critical stage in their development. He sees AR as a return to the pre-device glory days when kids would be out playing with sticks as swords, dreaming up their own fantastical narratives and worlds. 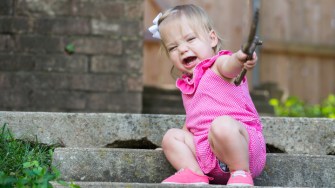 But each child’s “sword” back then probably looked different than his friends’ — it’s likely no two would look exactly alike. It may be that imagination is such a personal thing that presenting a child with a pre-designed AR sword is filling in a blank the child no longer needs to fill him/herself.

Education professor Diane Levin, who founded Teachers Resisting Unhealthy Childrens Entertainment (TRUCE) told The Atlantic, “What play is all about is coming across interesting problems to solve that are unique to you, that grow out of your interactions, experiences, and knowledge.”

Finally, and maybe most importantly, it seems obvious that having been drawn into the AR world by games, we’ll eventually get used to the convenience of seeing tools, heads-up displays, and objects in front of us. How long will it take to become dependent on them being there? Plain old reality may no longer be enough for us, and we won’t want to live there. 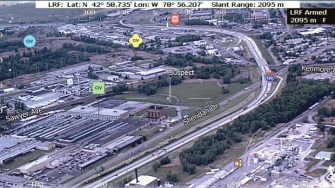 Does this silly game signal that we’ve arrived at the corner around which is a life that’s as virtual as it is real? When Google launched their Google Glass AR eyewear in 2013, the world greeted them with a big “huh?” Pokémon Go makes it more obvious than ever that the company was just too early. It took Pikachu to show us the way.

The artifacts were often made from found objects – an Ivory dish-soap bottle transformed into an earthenware figure.
Up Next
Surprising Science

This Man Will Get the World’s First Body Transplant

A first-ever full-body transplant will be performed by controversial Italian neurosurgeon Sergio Canavero who became famous when he enlarged on plans to remove the heads of two people.