Businesses looking to get people in the door may want to check out Pokémon Go. Seriously.

Over the past week, many places have been experiencing a boost in foot-traffic (for better or worse) with tweens to 20-somethings coming in heads down, seeking Pokémon and the goods needed to capture and care for these virtual creatures. If your business is a place of note—a monument or a historical site—you may reside in what has been deemed by the developer Niantic, as a PokéStop or a Gym in the augmented reality world of Pokémon Go.

[Here’s a great introductory piece on Pokemon Go if you have yet to get up to speed.]

Pokémon Go is a virtual game played in the real world, also known as augmented reality. Locations can become significant stopping points for a player looking to load up on more Poké Balls (needed to catch Pokémon) or battle and level-up their character with the Pokémon they’ve caught. So, the first thing businesses may want to do is download the Pokémon Go app to see if their business is a PokéStop or Gym, or is located near one. 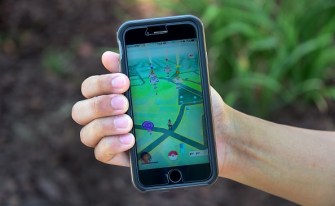 A phone displays the locations of PokéStops (blue boxes) and Gyms (towers with Pokemon on top) in a California neighborhood. Photo Credit: FREDERIC J. BROWN/AFP/Getty Image

If so, certain businesses can leverage this prime virtual real-estate in the game to their advantage (in the real world).

The Value of Gyms vs PokéStops

A Gym is a place (in the real world) where players go to battle rival teams or boost a Gym their team controls. So, Gyms are a regular hotspot of activity. A PokéStop, on the other hand, is a place where players can load up on Poké Balls (needed to catch Pokémon), eggs (from which Pokémon-hatch), and various other items to help in their Pokémoning.

PokéStops offer great advantages to nearby businesses by setting up “Lures.” This will draw additional traffic. When a Lure is set up, for the next 30 minutes Pokémon will be attracted to that location. After that, just sit back and watch Pokémon Go players flock to your location. 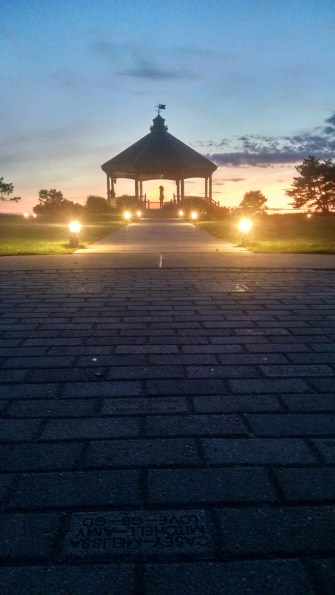 Tweens to 20-somethings start to flock to a local PokéStop at a Gazebo to take advantage of a Lure.

L’inizio’s pizza had business go up 75 per cent after paying $10 to continue to put up Lures connected to the store.

“We had people come down, sit down and get a couple beers and play the Pokémon game,” manager Sean Benedetti told The New York Post.

Even if a business isn’t located next to a PokéStop or a Gym, they can still take advantage of this trend. Smoketown Helicopters in Lancaster County started offering aerial Pokémon Tours as a way to “Get one up on your competition and catch them in the air!”

Other businesses are offering discounts at to whichever team happens to control a nearby Gym. (Players can choose between team Mystic (blue), Valor (Red), or Instinct (Yellow).)

Pokémon Go is a booming trend that businesses shouldn’t ignore. Whether it’s posting what interesting Pokémon are nearby on your business’s social pages or offering services to help players in their quest to catch them all, this isn’t an opportunity to miss. It’s uncertain if this boom of interest is sustainable, so businesses should take advantage while they still can.

Related
Hard Science
Some earthquakes last for seconds, others for minutes — and a few for decades
What do you call it when the Earth shakes for three decades?
Sponsored
What childhood “money story” is shaping your financial behaviors?
Here are the signs that you inherited “money anxiety” from your parents.
The Present
The “maritime Indiana Jones” who salvages shipwrecks now wants to tow icebergs
Simple physics makes hauling vast ice chunks thousands of miles fiendishly difficult — but not impossible.
Neuropsych
Inside the brains of aging dogs
In a citizen science project, thousands of pet dogs are helping scientists to understand what happens to memory and cognition in old age.
Neuropsych
The most common source of awe might surprise you
It’s us.
Up Next
Surprising Science
Scientists May Have Discovered What Causes Migraines and a Path toward a Cure
1 in 7 people get them, and there is no cure. Now researchers are one step closer to what causes migraines, and how best to manage them.