Most people in the United States are believers in one faith or another. While some would call it a Christian nation, it’s not really so. Its founders created America to be a place where people of all beliefs — and those who don’t subscribe to a religion — would be welcome. Also, the sheer breadth of beliefs we hold is just too expansive to be called any one thing. Still, there are a lot of Christians here, and theirs is the dominant faith in many areas. Redditor delugetheory created a fascinating map based on data from the U.S. Census Bureau and Association of Statisticians of American Religious Bodies (ASARB). It shows each U.S. county’s dominant religion. It doesn’t include those who don’t subscribe to a faith. 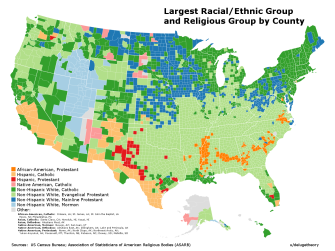 We’ve broken out the map into separate views of each faith it shows, along with Other, a mix of majority faiths of smaller, fewer regions. 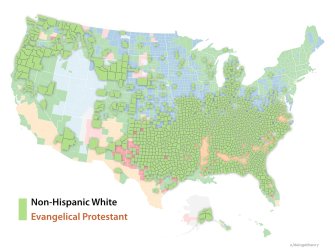 Far and away, this is the most often-self-reported religion in the sources’ data. Vast swaths of the county are Evangelicals. These aren’t necessarily areas with a lot of people, but it’s an impressive amount of territory.

We thought it might be interesting to see how their areas of prominence overlapped with the results of the 2016 presidential election. As you can see, they solidly voted for Donald Trump. 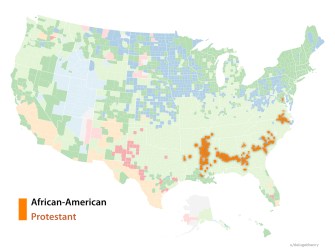 While we’re thinking politics, you can see that black Americans voters disagreed, slicing through the larger Evangelical areas. 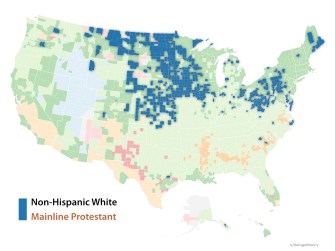 No-Evangelical white protestants live largely in the northern regions of the U.S. these days, having ceded much of the South. One would imagine that a map of 30 years ago would show them covering more of the nation. 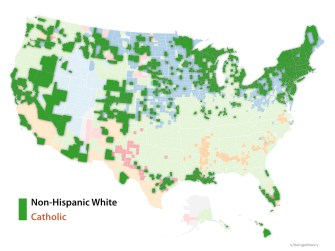 Impressive. It looks like non-Hispanic Catholicism is the primary religion through most of the populated areas in the U.S., encompassing most of the big cities, and both coasts. Catholics have a strong presence out west and along the southern border of the country, too. 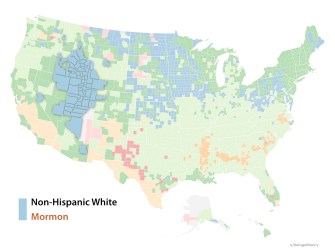 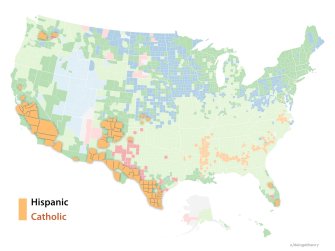 Hispanic Catholics are the main religion throughout the Southwest along the border with Mexico. 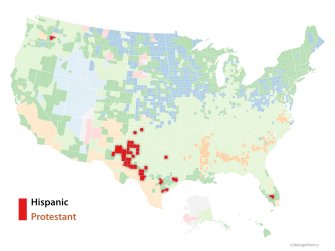 Protestant Hispanics are clustered mostly within Texas and the eastern edge of New Mexico. 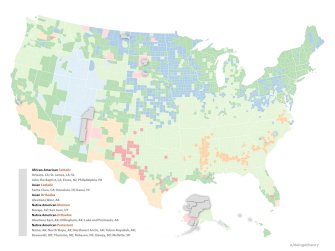 A grab-bag of communities outside the other categories. Interesting.

It’s interesting to see the areas in which the believers in these faiths comprise the majority of religious folks. Of course, not everyone is represented: As many as a quarter of us aren’t believers, as one recent study found.

These hard-to-finish books are still worth the effort.
Up Next
Mind & Brain

That know-it-all who drives you crazy? They’re full of it, says science.

In this study, know-it-alls although aware of their biases, selected data that supported their beliefs anyway.