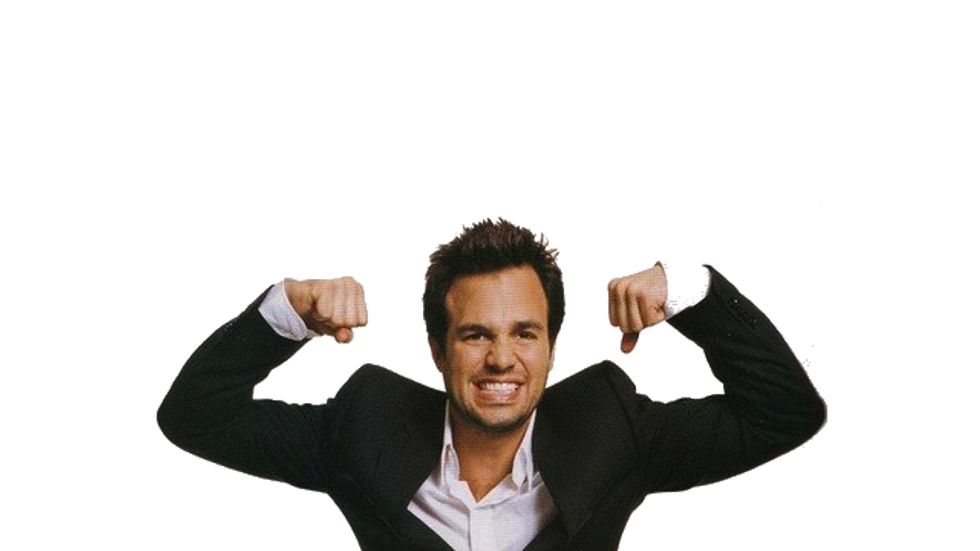 21st century problems create strange bedfellows. Actor Mark Ruffalo (The Hulk, Shutter Island, Eternal Sunshine of the Spotless Mind) was minding his own career and family when a series of coincidences led to his becoming a passionate activist for renewable energy. At this year’s Nantucket Project ideas festival, Ruffalo took the stage along with professor Mark Jacobson and banker Marco Krapels – his partners in a campaign to make the cultural and economic case for ending our dependence on fossil fuels and switching to alternative energy sources like wind and solar.

Ruffalo began the talk, as expected, by sharing human stories – the voices of people whose families have been affected by pollution from hydrofracturing (fracking), mountaintop removal, and other extreme forms of energy extraction. He presented a short film montage of Americans angered by what they see as the persistent lies of corporations and government, and at seeing themselves and their children treated as acceptable casualties in our increasingly desperate attempts to feed our energy demands.

Fracking – only one of many energy extraction practices Ruffalo’s team condemns, injects millions of gallons of chemical-laced water at enormous pressure to break apart rock and release gas from underground formations. According to Ruffalo and Mark Jacobson, a Stanford professor of civil and environmental engineering,  watersheds around the nation have been contaminated with plastics, carcinogens, neurotoxins, and endocrine-disrupting chemicals, and explosive natural gas as a result of extreme energy extraction.

Human stories, says Ruffalo, are important – essential, even – to drive cultural change. But he acknowledged that an actor preaching about the human cost of fracking isn’t sufficient to persuade big business and government that the current situation is unacceptable and that there are viable solutions. Hence his partnership with a scientist and a global banker who has overseen over $20 billion in renewable energy investments.

After Ruffalo laid the emotional groundwork, Mark Jacobson stepped in with some powerful statistics. For example:

Existing alternative energy sources, Jacobson argued, are sufficiently plentiful and affordable to end our dependence on fossil fuels – solar and wind power chief among them. In fact, in the five US states that rely most heavily on wind power, residential energy rates increased only 2 cents per kilowatt hour from 2003-2011, compared with 3.6 cents/kwh for the other 45, more fossil-fuel-dependent states.

These facts seem to speak for themselves. But as Marco Krapels, Executive Vice President and Co-chair of Corporate Social Responsibility at Rabbobank points out, his massive corporate clients – retailers and agribusinesses whose demands and practices shape national energy policy – are concerned first and foremost about costs and profits. To persuade them, says Krapels, any argument for green policies also needs to address the green in their wallets.

No problem there, says Krapels. In the past 60 years, the US has subsidized oil, gas, and nuclear power to the tune of $600 billion. In return, we’ve seen unstable energy prices, with a 600% increase over the past 60 years. States like California are subject to rolling blackouts – a vulnerability businesses like vineyards, which rely heavily on heating, cooling, and transportation – can ill afford.

While the costs to the end-user of alternative energy haven’t quite reached parity with those of fossil fuels in every state, they’ve been steadily and dramatically declining. A few more years of subsidies to those developing them, says Krapels – the kinds of subsidies Mitt Romney slammed in a debate with President Obama earlier this month and swore to end should he be elected – and whether your motivation is asthma-free children or profits for shareholders, the case for switching to alternative energy will be undeniable nationwide.

From Bono to Angelina Jolie, taking up humanitarian causes has been a rising celebrity trend in recent years. And while starpower can raise millions of dollars for worthy causes, the standard critique is that artists aren’t always well-enough informed to convince those who have the power to make a real difference. Ruffalo’s energy campaign offers a powerful model here – one that leverages cultural power, scientific knowledge, and bottom-line economic reasoning to address the kinds of complex, 21st century problems it takes collective intelligence to solve.