New study: Wind power will work on Mars. This is a game-changer.

Wind power on Mars makes it possible for any rover or other craft to collect power at the poles or other areas on the planet that don't get constant sunlight. 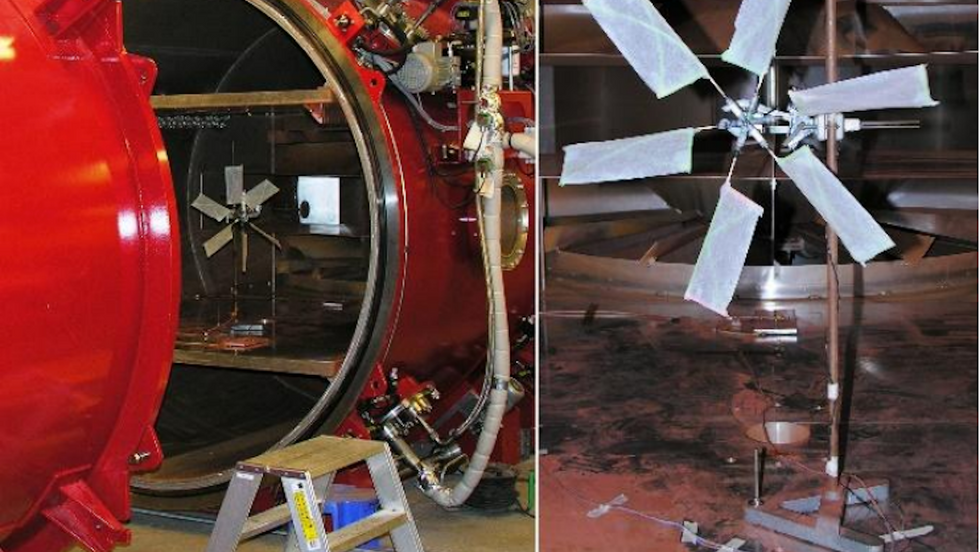 A small, lightweight wind turbine has been successfully tested in conditions that simulate the surface of Mars.

Dubbed the Aarhus Wind Tunnel Simulator II, it was tested at Aarhus University in Denmark back in 2010, but the study results and details were presented at the Mars Workshop on Amazonian and Present Day Climate in Lakewood, CO last week.

"For now, we can say for the first time and with certainty, that, YES, you can use wind power on Mars!" the researchers, led by Christina Holstein-Rathlou of Boston University's Center for Space Physics, wrote in the study.

Mars' atmospheric conditions are notoriously dicey; the rover Curiosity just survived a hellish sand and windstorm that eventually kicked up over most of the planet's surface.

But the conditions tested in the wind tunnel mimic the far northern area of the planet, where winds don’t go above 35 km/hr.

"The optimal locations for this type of power production are areas where the sun doesn't always shine, but winds will blow, such as latitudes poleward of the polar circles," the researchers wrote.

In this artist's illustration, NASA's Phoenix Mars Lander begins to shut down operations as winter sets in. (Credit: NASA/JPL-Caltech/University of Arizona)

The goal is to develop the ability for a small lander to be self-powered without (or perhaps in addition to) solar, so it could be deployed in areas that don’t catch sunlight during certain parts of the year, such as at both of the poles on the red planet.

The nature of Mars missions so far have meant larger craft won’t suffice; since this was tested in 2010, everything has become smaller in size to the point where, using similar but much more compact equipment and technology than the device tested, development of wind power equipment is now quite doable—especially with batteries to store the power.