A new study claims ‘Medicare For all’ would ruin the USA financially. It's not true.

'Medicare for all', also known as Single Payer Health Care, will be hotly debated this year, and more and more U.S. voters support the idea. 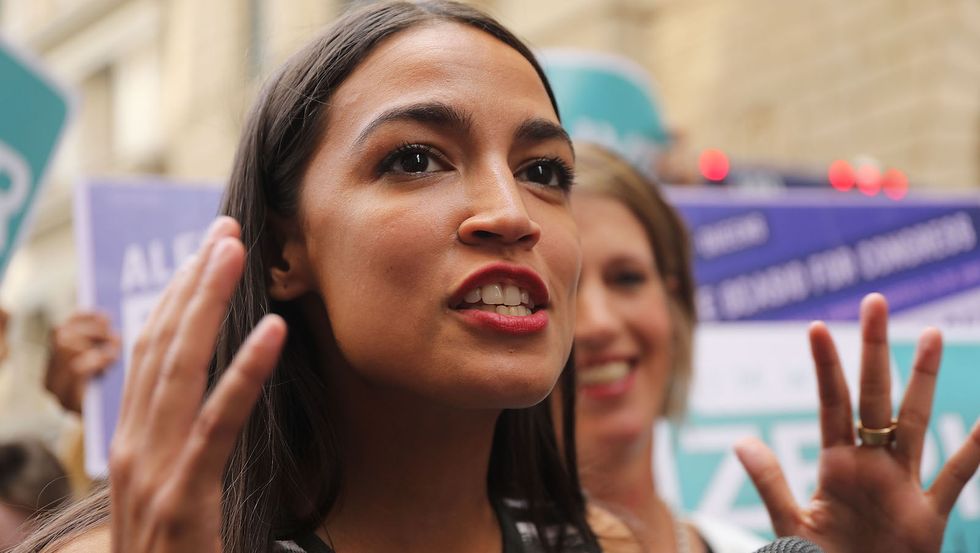 A very popular idea among the people of the United States is 'Medicare for all', something that many Democrats are adding to their platforms as they ramp up efforts to change the composition of the U.S. House and Senate, as well as some governorships and state congressional seats, this November.

Now, a study out of the Mercatus Center, a university-based policy center funded by partisan conservatives/Libertarians and supported by the Koch brothers — among other wealthy donors — claims that the price tag of such a medicare plan would be as high as $32.6 trillion over 10 years and cause large tax increases. Here are previous estimates of what such a plan might cost. It's worth noting that the amount cited in the study is actually less than what it would cost if no changes were made at all to our current health care system.

It's no secret why the Mercatus report was published and is now circulating among all major news outlets; a recent poll found that 59% of people in the United States support a “national Medicare-for-all plan," a.k.a Single Payer.

The split is fascinating when you look at the political divide; 75% of Democrats and 58% of independents support Medicare-for-all, but only 36% of Republicans do. Still, those independents are a useful bunch when elections hinge on just a few percentage points, as was clearly illustrated in the 2016 elections.

Senator Bernie Sanders is one politician who has promoted and helped popularize the idea of Medicare-for-all, especially in his platform for the 2016 election campaign and subsequent bill that he introduced in 2017. When presented with the numbers by the partisan institute, he replied:

"This grossly misleading and biased report is the Koch brothers response to the growing support in our country for a 'Medicare for all' program."

He added, "If every major country on earth can guarantee health care to all, and achieve better health outcomes, while spending substantially less per capita than we do, it is absurd for anyone to suggest that the United States cannot do the same."

Indeed, with the current system we have in the United States, costs per-capita for health expenditures are double that of the average of countries that have a single-payer system. We live in a country and a system where people who are seriously injured would rather take a chance on surviving it than pay, for example, $3,000 out-of-pocket for a trip to the Emergency Room.

In countries that have single payer—in other words, every other major industrialized country in the world—taxes are generally higher than in the United States, it's true. But the reported quality of life and happiness is much, much higher because things like medical care are affordable and accessible to all.

Here's Alexandria Ocasio-Cortez, one of the current champions of Medicare-for-all on what she stands for and why she is on board fully, when she was a guest on The Late Show With Steven Colbert after her June election primary victory.