When is lying or cheating justifiable?

Cheating is deeply embedded in everyday life. Part of the problem is that many individuals fail to see such behavior as a problem. 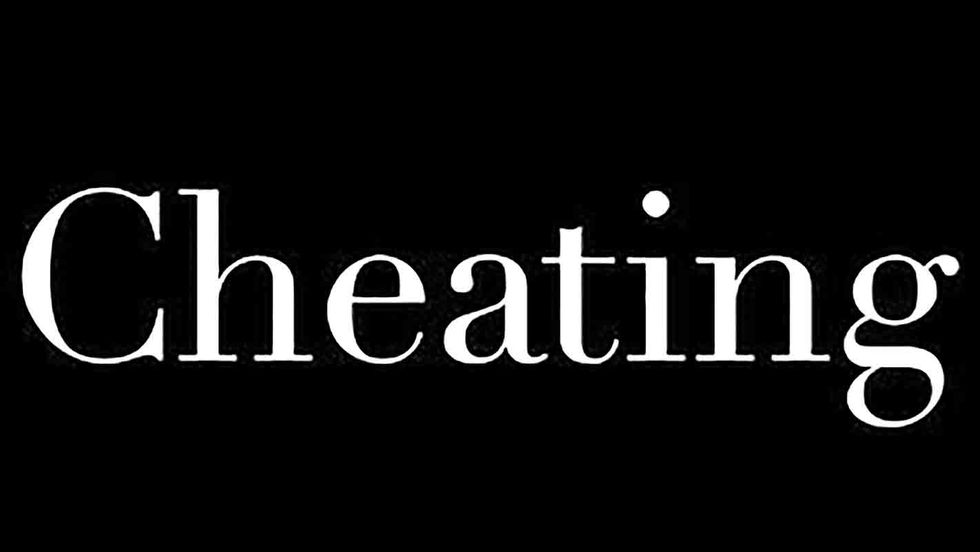 Cheating is deeply embedded in everyday life. Costs attributable to its most common forms total close to a trillion dollars annually in the United States alone. Part of the problem is that many individuals fail to see such behavior as a problem. “Everyone does it” is a common rationalization and one that comes uncomfortably close to the truth. That perception is also self-perpetuating. The more that individuals believe that cheating is widespread, the easier it becomes to justify. That is how cultures of dishonesty take root.

The recent election of Donald Trump is a case study in Americans’ indiffer­ence to cheating. A steady drumbeat of disclosures about fraud, illegal self-deal­ing, and stiffing contractors by Trump organizations did little to dislodge his support. After his election, Trump paid $25 million to settle some of the most notorious claims that Trump University had cheated its students and misled them about his own involvement in its instruction. Only a third of Americans thought he was honest and trustworthy. Close to 63 million voted for him anyway.

Whether or not Americans are cheating more, they appear to be worrying about it less. As researchers note, what is most notable about analysis of the problem is “how little there is of it.” Few efforts have been made to “connect the dots” between different forms of cheating and “see them for what they represent.”

The Oxford English Dictionary defines cheating as “fraud, deceit, and swindling;” other dictionary definitions include acting dishonestly, unfairly, or in violation of a rule in order to gain an advantage. Although straightforward in theory, the concept blurs in practice. Cheating is what theorists consider a “fuzzy set,” with degrees of resemblance among various forms of misconduct. Because notions of unfairness are baked into the concept, that raises the question of whether acts that can be morally justified constitute cheating as commonly understood.

Moral philosophy has given surprisingly little attention to that issue. As Bernard Gert notes, “Cheating is often taken as a paradigm of an immoral act; thus it is somewhat surprising that the concept of cheating has been almost completely neglected by philosophers.” There is, however, a rich literature on dishonesty, which is a core element in cheating. Contemporary philosophers generally reject Immanuel Kant’s position that honesty is a moral absolute demanding strict adherence regardless of the circumstances. Some lies, such as “It’s lovely to see you,” fool no one and are not intended to. These “white lies” involve small stakes and are generally viewed as “social virtue[s] ,” not actual deceptions. They typically foster more trust than brutal candor. Other mis­representations, what philosophers term “benevolent lies” or “prosocial lies,” seek to benefit the target and occur under exceptional circumstances that pro­vide moral justification for the deception. Plato called these “noble lies.” A traditional example, which has appeared in various forms since biblical times, involves a would-be murderer who inquires where his intended victim is hiding.

However, few lies in everyday life fall into these categories. In one represen­tative study in which participants recorded the lies they told daily, only one out of four served primarily to benefit others. To identify situations under which lies are justifiable, Sissela Bok suggests a principle of veracity. It holds that “in any situation where a lie is being considered, one must first seek truthful alterna­tives.” A lie should be a last resort. She also advocates a principle of publicity, similar to one John Rawls articulates. A justification for lying should be capable of public exposure and defense. Cheating should also be subject to these principles. There are no obvious analogues to the white lie, where good manners or social conventions call for cheating. But there may be circumstances where a disinterested observer would find cheating morally justified. My first legal case was a case in point. I was a Yale law student working in a New Haven legal aid clinic. Our client was on welfare and had a small amount of unreported income that disqualified her from cover­age. That income was, however, what enabled her and her child to survive while she completed a dental hygiene training program that promised self-sufficiency. Then as now, welfare payments fell far short of what would pay for food, rent, and utilities; the additional income was essential. But signing documents that misrepresented her income would have constituted welfare fraud. I had made the mistake of asking one too many questions about her situation — a mistake that seasoned poverty attorneys avoided. Fortunately I had to sign no docu­ments and my supervising lawyer was careful not to replicate my mistake. But I was troubled by the issue, and when I raised it with the professor teaching the legal aid clinic, he responded with what I already knew: “That’s a hard case.” What makes the case hard is the unfairness of the underlying system, a problem that persists. Today benefits available through welfare fall below 50 percent of the poverty line in all states. Survival needs force many families to rely on unre­ported income, and the system seems to assume that they will do so.

Doubts about the fairness of underlying rules drive cheating in other contexts as well. Take, for example, the struggling single mother who works as a waitress and under-reports her tip income on tax forms because that is the only way to make a living wage. Or consider a doctor who misreports the probable cause of a low-income patient’s injury so that the treatment will be reimbursable. These examples are, however, atypical cases. The vast majority of everyday cheating lacks plausible moral justifications. The conduct persists because so many indi­viduals see the benefits as much more tangible, immediate, and compelling than the costs.

Yet as Bernard Gert notes, “if everyone knows that they are allowed to cheat when their particular act of cheating causes no harm, that knowledge may have serious harmful consequences.” These consequences are substantial when impartially assessed. They cluster in three categories: harms to the person cheated or other third parties, harms to the cheater, and harms to the general level of social trust. These injuries are cumulative, and hard to reverse. The harms to those cheated are self- evident. By exempting themselves from rules that are generally observed, cheaters gain unfair advantages and third parties pay the cost. The harms to the cheater include the loss in self-respect from the inroads on integrity, and if the cheating is discovered, the damage to reputation and credibility. Cheating also distorts individuals’ perceptions of their own abili­ties; cheaters believe they are smarter than they are and overestimate their per­formance on future tests. Moreover, with each act of cheating, the next comes more easily. As with lying, the “ability to make moral distinctions can coarsen, and the...perceptions of the chances of being caught may warp.” The costs to society are of equal concern, however difficult to quantify. Trust and coopera­tion depend on a general level of truthfulness. As Samuel Johnson once claimed, even devils do not lie to one another; the society of hell is no less dependent on truth than any other.

Given individuals’ natural instinct to skew the cost-benefit calculations of cheating in self-serving directions, society needs a general presumption against such misconduct. To justify an exception, a disinterested decision-maker should be able to conclude that the benefits outweigh the harms, that no alternatives to cheating are available, and that if everyone in similar circumstances acted simi­larly, society would be no worse off. That is a difficult test to meet, and deserv­edly so. Yet as subsequent chapters make clear, little of Americans’ everyday cheating satisfies that standard.