Humans once worked just 3 hours a day. Now we're always working, but why?

As human beings we all must do some work for basic survival—but how much? Is there a “minimum daily requirement” of work? 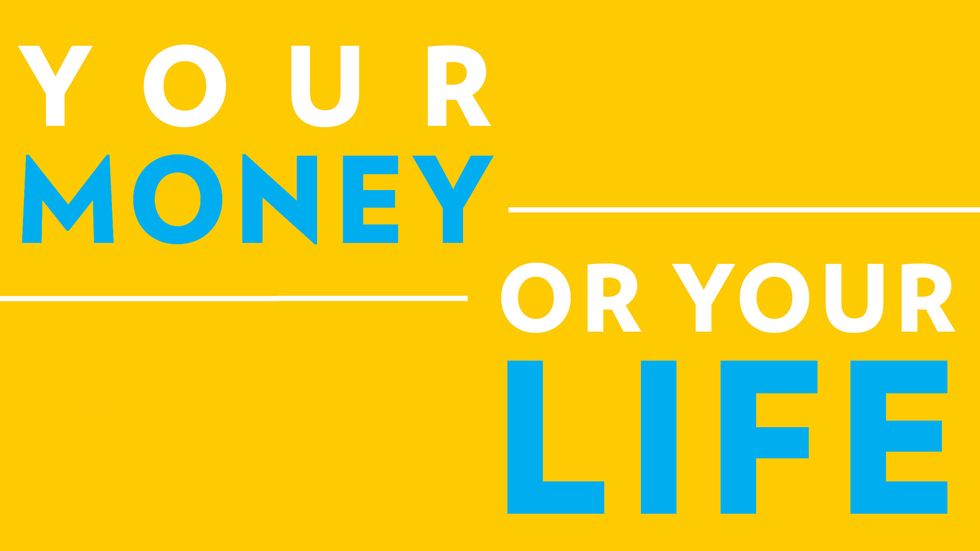 As human beings we all must do some work for basic survival—but how much? Is there a “minimum daily requirement” of work? A number of diverse sources—studies ranging from hunter-gatherer cultures to modern history—would place this figure at about three hours
a day during an adult lifetime.

Marshall Sahlins, author of Stone Age Economics, discovered that before Western influence changed daily life, Kung men, who live in the Kalahari, hunted from two to two and a half days a week, with an average workweek of fifteen hours. Women gathered for about the same period of time each week. In fact, one day’s work supplied a woman’s family with vegetables for the next three days. Throughout the year both men and women worked for a couple of days, then took a couple off to rest and play games, gossip, plan rituals, and visit. . . . It would appear that the workweek in the old days beats today’s banker’s hours by quite a bit.

This suggests that three hours a day is all that we must spend working for survival. One can imagine that in preindustrial times this pattern would make sense. Life was more whole back then, when “work” blended into family time, religious celebrations, and play. Then came the “labor-saving” Industrial Revolution and the compartmentalization of life into “work” and “nonwork”—with work taking an ever-bigger bite out of the average person’s day.

In the nineteenth century the “common man,” with justified aversion to such long hours on the job, began to fight for a shorter workweek. Champions for the workers claimed that fewer hours on the job would decrease fatigue and increase productivity. Indeed, they said, fewer
hours was the natural expression of the maturing Industrial Revolution. People would pursue learning. An educated and engaged citizenry would support our democracy. During the Depression, free time became equated with unemployment. In an effort to boost the economy and reduce unemployment, the New Deal established the forty-hour week and the government as the employer of last resort. Workers were educated to consider employment, not free time, to be their right as citizens (life, liberty, and the pursuit of the paycheck?). Benjamin Kline Hunnicutt, in Work Without End, illuminates the doctrine of “full employment”: Since the Depression, few Americans have thought of work reduction as a natural, continuous, and positive result of economic growth and increased productivity. Instead, additional leisure has been seen as a drain on the economy, a liability on wages, and the abandonment of economic progress.

The myths of “growth is good” and “full employment” established themselves as key values. These dovetailed nicely with the gospel of “full consumption,” which preached that leisure is a commodity to be consumed rather than free time to be enjoyed. For the past half century, full employment has meant more consumers with more “disposable income.” This means increased profits, which means business expansion, which means more jobs, which means more consumers with more disposable income. Consumption keeps the wheels of “progress” moving.

So we see that our concept (as a society) of leisure has changed radically. From being considered a desirable and civilizing component of day-to-day life, it has become something to be feared, a reminder of unemployment during the years of the Depression. As the value of leisure has dropped, the value of work has risen. The push for full employment, along with the growth of advertising, has created a populace increasingly oriented toward work and toward earning more money in order to consume more resources. To counter all this, a free-time movement has sprung up in the early twenty-first century. A campaign called Take Back Your Time, initiated by filmmaker John de Graaf, advocates for shorter work hours and longer vacations for overworked Americans. Even with all the studies
saying that reduced hours and sufficient leisure actually increase worker productivity, time advocates are swimming upstream against a cultural assumption that the eight-hour workday is next to godliness.

The emerging Slow Food movement also challenges our workaholic lifestyle. This movement suggests that eating is far more than wolfing down fast food alone at your computer, fueling the body for the next leg of the rat race; rather, it’s a time of conviviality, pleasure, and
conversation. In short, it’s civilizing.

In addition, according to Hunnicutt, during the last half century we’ve begun to lose the fabric of family, culture, and community that give meaning to life outside the workplace. The traditional rituals, the socializing, and the simple pleasure of one another’s company
all provided structure for nonwork time, affording people a sense of purpose and belonging. Without this experience of being part of a people and a place, leisure leads more often to loneliness and boredom. Because life outside the workplace has lost vitality and meaning, work
has ceased being a means to an end and become an end in itself.

Meaning, justification, purpose, and even salvation were now sought in work, without a necessary reference to any traditional philosophic or theological structure. Men and women were answering the old religious questions in new ways, and the answers were more and more in terms of work, career, occupation, and professions.

Arlie Hochschild, in her 2001 book, The Time Bind, says that families now have three jobs—work, home, and repair of relationships damaged by ever more time at the office. Even corporations with “family-friendly” policies subtly reward people who spend more time at work (whether they are more productive or not). Some offices are even getting more comfortable, while homes are more hectic, inducing a guilty desire to spend more time working because it’s more restful!

The final piece of the puzzle snaps into place when we look at the shift in the religious attitude toward work that came with the rise of the Protestant ethic. Before that time, work was profane and religion was sacred. Afterward, work was seen as the arena where you worked
out your salvation—and the evidence of a successful religious life was a successful financial life. So here we are in the twenty-first century. Our paid employment has taken on myriad roles. Our jobs now serve the function that traditionally belonged to religion: They are the place where we seek answers to the perennial questions “Who am I?” and “Why am I here?” and “What’s it all for?” They also serve the function of families, giving answers to the questions “Who are my people?” and “Where do I belong?”

Our jobs are called upon to provide the exhilaration of romance and the depths of love. It’s as though we believed that there is a Job Charming out there—like the Prince Charming in fairy tales—that will fill our needs and inspire us to greatness. We’ve come to believe that, through this job, we would somehow have it all: status, meaning, adventure, travel, luxury, respect, power, tough challenges, and fantastic rewards. All we need is to find Mr. or Ms. Right—Mr. or Ms. Right Job. Indeed, in terms of sheer hours, we may be more wedded to our jobs than to our partners. The vows for better or worse, richer or poorer, in sickness and in health—and often till death do us part—may be better applied to our jobs than to our wives or husbands. Perhaps what keeps some of us stuck in the home-freeway-office loop is this very Job Charming illusion. We’re like the princess who keeps kissing toads, hoping one day to find herself hugging a handsome prince. Our jobs are our toads.

Young people today are swimming against an even stronger current. Our phones and laptops keep us on call to our employers and side hustles (second and third jobs that fit into the cracks of the main one) 24-7. When your primary job isn’t enough, it’s hard to patch together enough hustles to pay off student loans and graduate from living in your parents’ basement. The fact that they’ve dubbed their multiple jobs as hustles indicates how much energy it takes to fledge and flourish. They know full well they are in a brave new world of endless hustle—brave as in it takes courage to move against the undertow. The old conveyor belt of job as identity as career as security and pension is now utterly shredded. Does this liberate young people from the Job(s) Charming syndrome? No. If they are always hustling, they are always “on the job.” Even dating can become networking for the next job opportunity.

From YOUR MONEY OR YOUR LIFE by Vicki Robin and Joe Dominguez, published by Penguin Books, an imprint of Penguin Publishing Group, a division of Penguin Random House, LLC. Copyright © 2008, 2018 by Vicki Robin.