Four myths about creative people that it's time to debunk

Like any stereotype, there are some elements of truth in all of them, but they oversimplify reality and create a lot of roadblocks to healthy collaboration. 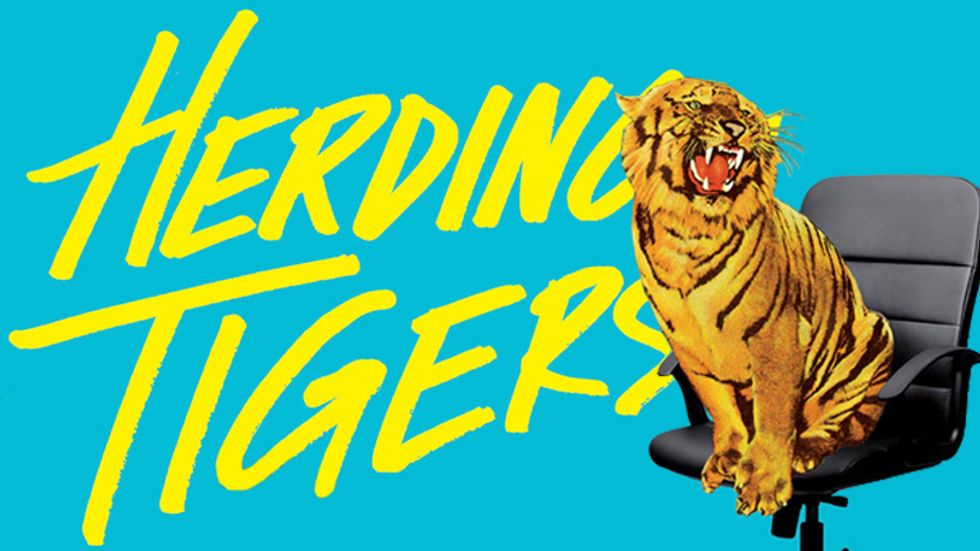 HERDING TIGERS: Be the Leader That Creative People Need by Todd Henry

There are a handful of commonly held misunderstandings about creative people that I regularly encounter when talking with leaders. Like any stereotype, there are some elements of truth in all of them, but they oversimplify reality and create a lot of roadblocks to healthy collaboration. In addition, when you hold any of these myths to be true, even subconsciously, it can affect your ability to give your team what it truly needs from you.

I hear this all the time from leaders who come from less traditionally “creative” roles. There is a standing belief that creative people want to remove all boundaries so that they can have a wide-open field to play in. This perception is often the result of creative people on their team having pushed back against overly constrictive boundaries or challenged a direction with which they disagree, but it’s not indicative of what most creative people truly want or need from their leadership.

The truth is that creative people want boundaries. They crave boundaries. A wide-open playing field is not helpful to the creative process. Although it sounds strange to many people, the most common complaint that I hear from creative people is that they lack a predictable environment in which to do their work. (More on that below.) They know that they need clearly defined boundaries and resources so that they can focus on doing what they do best.

However, when forced to choose between being overly restricted and completely free, creative people will choose freedom, which is not always in their best interest. Thus, striking a healthy balance is your role as the leader, and it’s essential to good collaboration.

Myth 2: Creative people care only about how “cool” the idea is.

Another persistent myth is that creative people aren’t concerned with the result, and they just want to work on something that feels cool and edgy and lets them exercise their creative muscles. This is also largely untrue. Most of the highly creative people I encounter are professionals and are very concerned with results. They understand that results equate to revenue, which equates to more work (and an on-time mortgage payment.)

However, they also get frustrated when an obsession with practicality means prematurely sacrificing creative possibility. Settling quickly on the easiest and most apparent answer and then moving straight to execution might seem like an efficient use of resources, but it often means failing to bring the best thought and effort to the project, which is demoralizing to the team. Over time, this approach is a recipe for burnout and turnover, both of which cost the organization dearly.

I’ve heard the equivalent of “Just focus on making things look good, and let me worry about the strategy” tossed out in a meeting. Not in those words, of course, but the sentiment is still there. The truth is that most creatives have a well-honed analytical process, which is essential to their creative process. It is often a circuitous one, analyzing many sides of the problem at once, rather than the linear, straight-line analysis that many strategists use. Consequently, it often yields insights that others have overlooked.

The kind of systems thinking that creative people provide is of tremendous value to the organization and should be welcomed at the table during strategic discussions. As we’ll see in a later chapter, inviting input into the process is also a way to reinforce trust on your team.

Myth 4: Creative people are either egomaniacs or completely insecure.

It’s important to distinguish between actions and traits. Yes, many creative people respond to a change in an im- portant project or to a difficult conversation by posturing or leading with their egos. Some completely retreat into themselves and need constant reassurance that they’re on the right track. However, don’t think that this is how they would prefer things to be. Many creative people have developed learned responses to unhealthy organiza- tional dynamics, and they are simply acting out of self-protection.

Again, this isn’t always the case. I’ve run into some remarkable egomaniacs out there, and there are some people who lack simple self-confidence. However, more often than not these exhibitions are an attempt to communicate that there is something they aren’t get- ting from you or the organization.

Myth 5: Creative people tend to be flighty or flaky.

One of the common misconceptions about highly creative people is that they are quick to jump ship when a more interesting idea comes along. They will work hard until they are no longer interested, and then they’ll lose interest and phone it in so that they can work on the idea they really like.

The truth is that most highly creative people are extremely committed to their craft or area of specialty, but they can certainly be distractible if not led well. There is a method to their madness, though, and because they tend to be more aware of stimuli in the environment and tend to be able to make loose connections between them more easily, they can quickly get off track. This isn’t a bug; it’s a feature. This awareness and ability to see patterns can be of tremendous benefit if it can be channeled into the work that the organization values. However, you need to do your job as a leader and regularly communicate your values, the problem you’re trying to solve, and the existing constraints for the project so that the team understands its parameters well.

I realize that I have been painting with a broad brush. Are there creative people who want total freedom? Of course. Are some flaky and unable to focus? Sure. Are there creative people with overinflated egos? You bet. However, holding these broad stereotypes about creatives does more damage than good, and you can’t let them persist inside your organization. You need to fight for and defend your team. Every creative pro is unique and will have to be strategically and intentionally led, but there are a few things that most of them need in order to thrive.

Excerpted from Herding Tigers: Be the Leader That Creative People Need by Todd
Henry, published on January 16, 2018 by Portfolio, an imprint of Penguin Publishing Group,
a division of Penguin Random House, LLC. Copyright © 2018 by Todd Henry.