Do moose (and other animals) eat fermented fruit to get drunk? 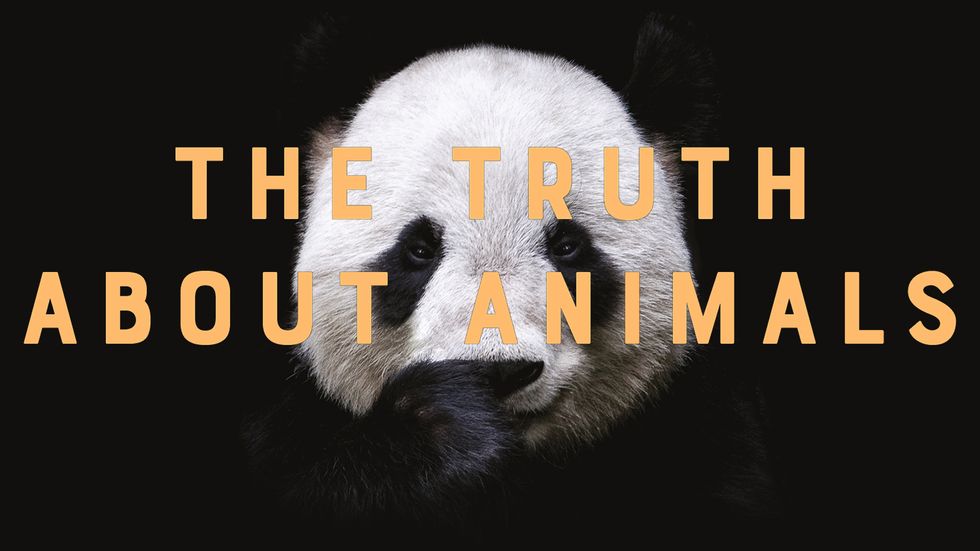 Cover image of 'The Truth About Animals' by Lucy Cooke.

September is a busy month for the Swedish police force. It is the season of falling fruit, and for police officer Albin Naverberg, that means drunk moose on the loose. “Just as humans like wine, the moose like fermented fruits,” he told me as we drove across Stockholm to investigate the latest of their rowdy misdemeanors.

Moose aren’t the only animals that have been accused of getting plastered on fermented fruit. Newspapers abound with stories of all types of inebriated beasts from pissed parrots falling out of trees in northern Australia to orangutans getting blitzed in Borneo on the sickly liquor produced by overripe durian. There was even a report of a badger in Germany disrupting traffic by lurching around a main road after allegedly overindulging on alcoholic cherries. Most of these stories are purely anecdotal, and about as reliable as the word of a drunk moose.

African elephants have long been alleged to get wasted on the fermented fruit of the marula tree, which according to an old hunting bible from 1875 makes them behave like teenagers hitting the town center on a Saturday night. They “become quite tipsy, staggering about, playing huge antics, screaming so as to be heard miles off, and not seldom having tremendous fights.”
A natural history documentary entitled Animals Are Beautiful People achieved notoriety in 1974 for capturing the drunken antics of elephants, ostriches and scores of other animals on camera. The film absurdly anthropomorphized its subjects as it showed scene after scene of them getting loaded on marula and then reeling around with hooded eyes and wobbly legs, all set to a Benny Hill soundtrack. The footage was sufficiently compelling to have found a second life on YouTube, where the video has been watched by more than two million people.

The first person to delve into the truth of this story was the legendary psychopharmacologist Ronald K. Siegel. As associate professor at the University of California, Los Angeles, he spent a career experimenting with the effects of alcohol and drugs—mostly on human volunteers he called his “psychonauts,” but also making the occasional foray into the wider animal kingdom. He has given monkeys cocaine chewing gum and claims to have taught pigeons “how to tell us what they were seeing while under the influence of LSD.” To which the somewhat mundane answer was: blue triangles.

In 1984, Siegel undertook a significantly more treacherous study into what happens when you give a group of captive elephants “with no history of alcohol use” access to unlimited alcohol. He discovered they were more than happy to drink the equivalent of thirty-five cans of beer a day, enough to partake in “inappropriate behaviors” such as wrapping their trunks around themselves, leaning against things with their eyes closed and dropping their trunkhold on each others’ tails, which Siegel described as “the trained elephants” version of walking in a straight line. Playing bartender to a herd of elephants was not without its risks. A large bull named Congo chased Siegel’s jeep after the professor tried to cut off his beer, attacking Siegel with the empty barrel. On another occasion, Siegel had to break up a fight between Congo and a sober rhino that happened to wander into the elephant’s favorite waterhole at the wrong moment. “I knew a life-threatening clash was imminent.” Siegel decided to drive his jeep between the two animals, only narrowly avoiding becoming part of the fight himself. “I should have known better,” he wrote later. Siegel’s rather whimsical conclusion from his elaborate drunken circus was that the elephants did indeed drink until drunk, doing so perhaps to forget “the environmental stress” of their ever-shrinking homeland and the competition for food. But just because elephants can get drunk when supplied with a steady stream of alcohol, doesn’t mean they are getting similarly wasted on fermented fruits in the wild. While attending a physiology conference in South Africa, a group
of British biologists from Bristol University took a more sober scientific approach to the investigation than had Siegel, and instead of dosing elephants irresponsibly with unlimited booze, they used statistics to find their answer. They created various mathematical models based on an average elephant’s weight and the alcohol content of the marula fruit and calculated that an elephant would have to eat marula at 400 percent its normal feeding rate to get looped. “These models were highly biased in favour of inebriation,” the researchers said, “but even so failed to show that elephants can ordinarily become drunk.”

The biologists branded the marula story as yet another zoological myth driven by our desire to humanize animals. The boozed-up stars of Animals Are Beautiful People had, it seems, been injected with veterinary anesthetic in order to elicit their woozy behavior. “People just want to believe in drunken elephants” was the researchers’ final conclusion.

The same would seem to be true of the moose. One Swedish professor told me that there had never been a test confirming high blood alcohol in an elk. “At this point, I think the idea rather reflects our Nordic-Germanic problematic relationship to alcohol.”

Is that moose drunk, or just sugared up? (Image: Big Think)

Rick Sinnott, the Canadian biologist who spent many years trailing the infamous Buzzwinkle around Anchorage, told me that he suspects a more likely explanation is that the moose are suffering from apple acidosis, brought on by consuming an unnatural amount of sugar-rich
food. This causes a buildup of lactic acid in their gut, a condition that can result in symptoms that include dilated pupils, a struggle to stand and severe depression—all of which sounds remarkably like the early naturalists’ portraits of the moose. It seems the animal they were de-
scribing was neither alcoholic nor melancholic, but instead suffering from a case of acute indigestion.

Which is not to say no moose has ever been blotto. Indeed, there appears to have been at least one—a pet belonging to the sixteenth-century Danish astronomer Tycho Brahe, whose accurate pretelescopic observations laid the foundations of modern astronomy. Tycho was an unusual character. He lost his nose as a student in a duel over maths and was forced thereafter to wear a false one fashioned from brass. He built his very own castle, complete with underground laboratory, on the island of Hven and invited the great and the good
to join him there for lavish parties. There they were entertained by a psychic dwarf called Jepp and Tycho’s pet moose, which, according to the astronomer’s diaries, was an exceedingly good sport: “It prospers, runs about, dances and is of good cheer... just like a dog.”

Though he was clearly very fond of his pet, Tycho agreed to gift it to his patron in an effort to increase the astronomer’s standing in society. It died en route, at a castle in Landskrona, where it was alleged to have consumed a quantity of beer before taking a fatal tumble down
the stairs.

Perhaps this was the only case of a genuinely drunken moose. But it’s worth considering that a sober moose might have had some trouble going down the stairs as well.