BEIJING – Rhodes Scholars, Fulbright Scholars, Humboldt Scholars… those are the BIG brand names on the scholarship firmament. Soon, the academic world will –hopefully- be talking about a new superlative: the Yenching Scholars.

RELATED And The Best University In China Is…

Peking University (PKU), China’s “mother lode of higher education” (my shade, but you’re welcome to try to top that), does minister to China’s national flag, the five golden stars –wu xing hong qi– with an equally impressive five star Chinese scholarship program that has the People’s Republic’s media going uuh and ooh since June. Ah, and, yeah, they got themselves a skillful Wikipedian, too.

RELATED How A Graduation Photo Can Make You Famous In China

In the usual manner of generous non-transparency (not even its official website knows who’s in charge, who’s to teach, etc.), top leaders of PKU headed by Party Secretary Zhu Shanlu mandated that the center of the University, “Jing-yuan Courtyard,” a postcard place of magnificent green enclosed by six vegetated, traditional building-complexes, is going to be renovated to house (!) and groom 100 “elite” graduate students (35 members of the mainland tribe, and 65 international students, including Hong Kong and Taiwan) –the so-called future “Yenching Scholars.” [Not to be mistaken with the Harvard Yenching Scholars here, albeit… there are interpersonal links].

RELATED The Resurrection of Non-Western Civilizations

Although there are never any protests in China, I mean: Ever! Yet many students and faculty clearly lifted the finger of disapproval. After all, they cried, the Yenching Academy would result into a 1st and 2nd Class division on Campus [not that there wasn’t already a minatory group of ultra-rich princelings (taizidang) to speak of]. “Ordinary” PKU students have to spent two (or three) years for an MA degree; the Yenching scholars just one. What is more, the Yenching program will be conducted in English (although it goes by the honor of “MA in Chinese Studies.” No shit).

RELATED Like It Or Not: We Are All Going To Learn Chinese

Last, the “chosen ones” will get –allegedly- superior accommodation on the most exclusive, arguable most symbolic piece of land in entire Beijing, with the exception, perhaps, of the Forbidden City. They will also get the best teachers (non-academic superstars need not apply for lectureship), generous facilities and allowances, living fees and perks (no figures were released, sadly), and they will certainly attract plenty of national media attention. 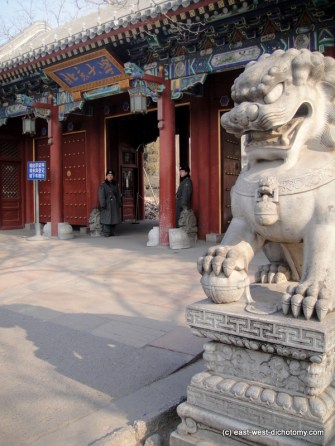 The goal, so Wang Enge, PKU’s president, is to cultivate “future world leaders” –no less. There’s little doubt that the project is also political. It’s a state university, it’s the intellectual center of the Communist Party, and it’s understood, among the ranks of the sages, that the Academy will be about advancing China’s (cultural) soft-power in the world.

Sure, the presence of “an elite (on top) of the elite” –the junzi or superior men- in the midst of the PKU community could ruin the humble, idyllic, egalitarian, and democratic atmosphere, letting alone breaking with the official Party line of the harmonious society –hexie shehui.

So, without further ado, read here about the viral 10 REASONS WHY YOU SHOULD APPLY FOR YENCHING ACADEMY, including rare survival tips.

To keep up to date with Dragons and Pandas you can also follow me on Twitter: @worldethics; my website: East-West-Dichotomy.com; or my other blog: You’ve Heard About It.

Understanding Mezirow’s theory of transformative learning can help you become a catalyst of change.
Up Next
Personal Growth

Jealousy is for the Dogs: New Study Uses Canines to Explore Envious Emotions

Scientists have long believed jealousy to be a chiefly human emotion based on assumptions that the it is the result of advanced cognitive capabilities. A new study authored by a UC San Diego psychologist argues against those assumptions with findings that dogs feel and exhibit jealousy just like humans do.