Thinking makes it so: How we think about mistakes affects how we learn from them

The way our brains act, it seems, is sensitive to the way we, their owners, think, from something as concrete to learning, the subject of the current study, to something as theoretical as free will. 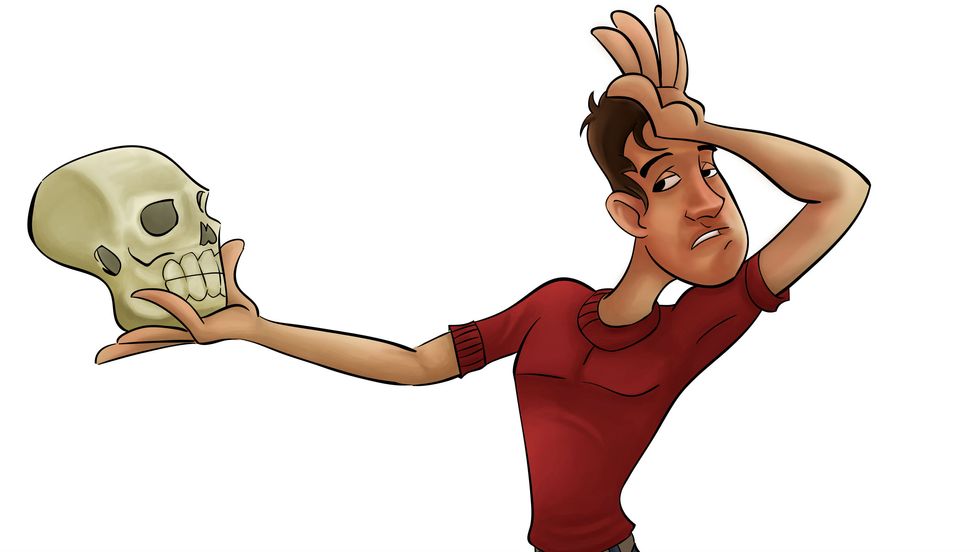 I've been thinking a lot this week about just how powerful our beliefs about ourselves can really be. For now, I'm not worried about aging — the subject of Monday's article — but I am worried about those areas where I may, unbeknownst to myself, be holding back my own development, or at the very least, coloring my experiences in such a way that prevents me from making the most of them. Like, for instance, intelligence and performance: am I learning to the best of my abilities, and improving as best I can?

A new study shows that my concern, at least in that area, is well justified. It seems that how I think about my mind can impact how well it is able to monitor itself and learn from its mistakes.

Do you see intelligence as fluid or fixed? Your brain cares.

For many years, Carol Dweck has been researching two theories of intelligence: incremental and entity. If you are an incremental theorist, you believe that intelligence is fluid. If you work harder, learn more, apply yourself better, you will become smarter. If, on the other hand, you are an entity theorist, you belief that intelligence is fixed. Try as you might, you will remain as smart (or not) as you were before. It's just your original luck. Dweck has repeatedly found that how someone performs, especially in reacting to failure, largely depends on which of the two beliefs he espouses. An incremental theorist sees failure as a learning opportunity; an entity theorist, as a frustrating personal shortcoming that cannot be remedied. As a result, while the former may take something away from the experience to apply to future situations, the latter is more likely to write it off entirely.

In a new study, a group of psychologists decided to see if this differential reaction is simply behavioral, or if it actually goes deeper, to the level of brain performance. They measured response-locked event-related potentials (ERPs) — basically, electric neural signals that result from either an internal or external event — in the brains of college students as they took part in a simple flanker task. The student were shown a string of five letters and asked to quickly identify the middle letter. The letters could be congruent — for instance MMMMM; or, they might be incongruent—for example, MMNMM.

While performance accuracy was generally high, around 91 percent, the specific task parameters were hard enough that everyone made some mistakes. But where individuals differed was in how both they—and, crucially, their brains — responded to the mistakes. First, those who had an incremental mindset (i.e., believed that intelligence was fluid) performed better following error trials that those who had an entity mindset (i.e., believed intelligence was fixed). Moreover, as that incremental mindset increased—in other words, the more they believed in an incremental theory of intelligence — positivity ERPs on error trials as opposed to correct trials increased as well. And, the larger the error positivity amplitude on error trials, the more accurate the post-error performance.

So what exactly does that mean? From the data, it seems that a growth mindset, whereby you believe that intelligence can improve, lends itself to a more adaptive response to mistakes – not just behaviorally, but also neurally: the more someone believes in improvement, the larger the amplitude of a brain signal that reflects a conscious allocation of attention to mistakes. And the larger that neural signal, the better subsequent performance. That mediation suggests that individuals with an incremental theory of intelligence may actually have better self-monitoring and control systems on a very basic neural level: their brains are better at monitoring their own, self-generated errors and at adjusting their behavior accordingly. It's a story of improved on-line error awareness — of noticing mistakes as they happen, and correcting for them immediately.

The way our brains act, it seems, is sensitive to the way we, their owners, think, from something as concrete to learning, the subject of the current study, to something as theoretical as free will. From broad theories to specific mechanisms, we have an uncanny ability to influence how our minds work—and how we perform, act, and interact as a result.

Hamlet knew it long ago

At the end, I keep coming back to Hamlet, perhaps one of our most famous examples of frequent, near-obsessive introspection and self-contemplation, someone who was intimately aware of the connection between mindset and subsequent reality. In an exchange with Guildenstern and Rosencrantz, he famously remarks, “Why then 'tis none for you; for there is nothing either good or bad, but thinking makes it so."

To Hamlet, Denmark is a prison; to his companions, it is no more so than the world at large. How they see it affects how it is—not inherently good or bad, but good or bad as perceived through their own frame of mind. It is, in essence, the exact same principle: our world is what we perceive it to be, and our place in it, how we imagine it. If we think of ourselves as frail and old, frail and old we will be. If we think of ourselves as able to learn, learn we will — and if we think we are doomed to fail, we doom ourselves to do precisely that, not just behaviorally, but at the most fundamental level of the neuron.