Pursuing Isn't Being: Why The Pursuit of Happiness Might Undermine Being Happy

Actively pursuing happiness may not lead to an actual increase in happiness. In fact, it can do the opposite and make you less happy at the end of the day. 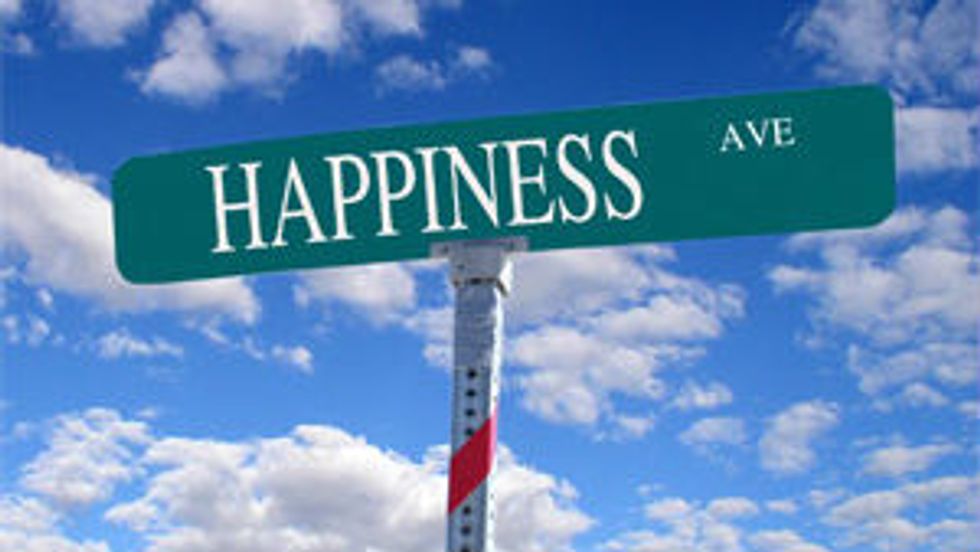 Happiness is typically conceptualized as having three factors: more positive feelings, fewer negative feelings, and increased overall satisfaction with life. Each one of these aspects seems like a pretty good deal.

The benefits of happiness

We all (or most of us, at any rate) want to be happy. And extensive research has shown that we are right to do so. Happiness has been tied to better health, both physical and mental, and longer lives. Happier people tend to have more cognitive resources (in other words, their brains have more power to process things and can also be more flexible, or better able to shift attention from one thing to another). They tend to be more social and be able to build closer bonds with others. They’re even at lower risk for a number of serious health problems, like coronary disease, depression, and even borderline personality disorder.

But what about the pursuit of happiness, that thing that Americans have been urged to undertake since 1776? That, as it turns out, may not always be as overwhelmingly positive.

The self-defeating pursuit of happiness

Actively pursuing happiness may not lead to an actual increase in happiness. In fact, it can do the opposite and make you less happy at the end of the day. If you’re not achieving the “happiness” you want, you’ll likely feel disappointed – and thus, less happy. This is especially true in situations where you feel like you should be happy.

In one study, participants listened to music that had previously been rated as neither particularly happy nor particularly sad. One group was instructed to try to feel as happy as possible, the other just listened to the music. The group that had been told to try to feel happy ended up less happy than their counterparts. Why? Their expectations were higher. They thought they should be feeling happy, were frustrated at not feeling as happy as they should be feeling, and ended up less happy overall.

In another recent study, people who reported valuing happiness more highly also reported less well-being and more instances of depression – especially in situations of low stress, when they couldn’t blame their failure to achieve their ideal high levels of satisfaction on negative external events. Why? In the end, valuing happiness too much ended up being a set-up for disappointment.

And the effects might spread to social contexts, too. An in-press study suggests that people who place a high value on happiness report greater feelings of loneliness. Focusing on being happy, it seems, might cause social, not just personal, isolation and dissatisfaction.

…And realizing that it’s ok to not always be happy

On the flip side, being more accepting of negative feelings, or acknowledging that it’s ok to not be happy at times, might be more adaptive. Indeed, several longitudinal studies have shown that people who are more accepting of their negative emotions have lower anxiety and fewer symptoms of depression.

If we become too focused on becoming happy, we may forget to be happy. Mindless pursuit can lead to less satisfaction, greater unhappiness, and a greater overall dissatisfaction with life – one’s own life, to be precise.

If our expectations are too high, we are bound to feel unsatisfied. Maybe, we should instead adopt the business mantra of under-promise and over-deliver when it comes to our own wellbeing.

Forget the pursuit, and focus on the now

So what to do? Stop thinking what you should be feelings or achieving in any given situation and focus instead on what you are feeling and are achieving. Don’t compare yourself to some abstract ideal; don’t think “if only I’ll do this, then I’ll be happier.” Because if you think that way, chances are, you won’t be. In fact, you might be worse off than you were before.

I’ll leave you with what used to be one of the most surprising and is now one of the most commonly cited and accepted findings in happiness research: we all return to a baseline of happiness. People who have won the lottery are no happier overall, in the long term, than those who have become paraplegics (yes, that is the exact comparison used in the original study). In the first case, they become happier, but with time, that happiness returns to pre-lottery levels. Expectations run high; anticipation runs high; reality is a stark contrast. But consider the flip side: in the case of paraplegics, happiness initially dips – but it, too, returns to pre-paraplegia levels.

The main point, as I see it: momentary, day-to-day fluctuations in levels of happiness are not that important. Focusing too much on the changes, at any given point, can lead to disappointment, disillusionment, and less overall happiness. While taking things as they come and not worrying too much about the potential negative side of any given situation might actually lead to greater overall happiness.

So why not take a moment to reconsider an unthinking devotion to this notion of pursuit of happiness, of being happier at some vague point in the future, and think instead about just enjoying the moment and being happy (or being ok with not being happy for a brief time) – no matter what the current circumstances might be.