Your Emotions Are What You Eat: How Your Diet Can Reduce Anxiety 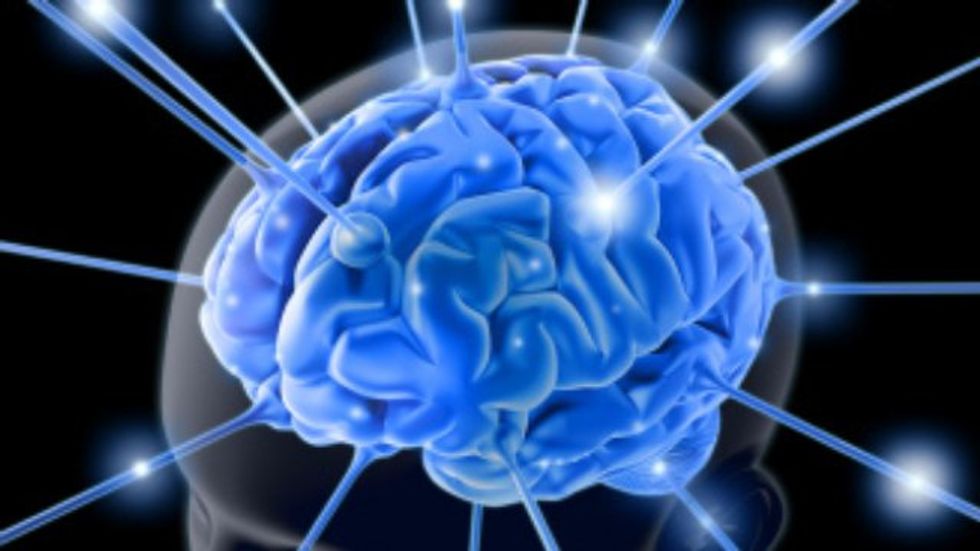 At the Ancestral Health Symposium this month at UCLA Gedgaudas spoke about "the myth of the 'mind-body connection' and how diet can powerfully impact mental health and cognitive performance" and she expanded on this in an interview with Age of Engagement.

"Emotions are biochemical storms in the body and brain," she says. "The healthier your biochemistry, of course, the better the emotional and also the cognitive forecast."

Psychological issues have physiological underpinnings, she says. "We see absolutely everything through this lens that is our blood sugar stability (...), our hormones and our neurotransmitters."

However, she is adamant about not minimizing the impact of outside stressors, like trauma, on psychological well-being. "Good nutrition would not immunize anyone against the impact of, say, a sexual assault," she says. "Chronically elevated cortisol from intense surrounding stress can dysregulate or even unravel a person all on its own.  (...) What quality nutrition does is help minimize adverse variables and maximizes resiliency."

Gedgaudas, a certified nutritional therapist as well as a clinical neurofeedback practitioner, has just released a revised edition of her book Primal Body, Primal Mind: Beyond the Paleo Diet for Total Health and a Longer Life which, since it first came out in 2009, has become one of the more respected tomes in the Paleo nutrition community.

If the brain is not in proper working order, it has "no capacity to manage that stress," she says. If you have an immunologic reaction to something like gluten, blood flow to your frontal lobes gets shut down. "Both the body and the brain need a certain amount of raw materials to function. Without these raw materials no amount of therapy of any kind is ever going to have optimal or lasting results."

With the standard American diet (SAD), the raw materials are lacking – and the results may be visible.

Anxiety-related disorders are "absolutely epidemic," Gedgaudas says, and "may be viewed as part of a spectrum of over-arousal-based symptoms."

"Over-arousal is now the rule, not the exception," she says, adding that by 2020, depression – what she describes as "a state of chronic efforting" – will be the second-leading disability behind heart disease.

What to do about it from an eating stance? Regulate your blood-sugar by watching your carb intake; get sufficient protein – as long as you can digest it well into amino acids needed for things like serotonin; deal with food sensitivity issues, dehydration, and anemia (which means not enough hemoglobin is getting to your very oxygen-dependent basal ganglia, she says); get enough minerals; and pay attention to cravings (a craving for chocoloate, for example, may mean you need more magnesium).

Gedgaudas says she’s had her blood-sugar level as low as 70 mg/dL without hypoglycemia. For breakfast she'll eat a duck egg cooked in ghee and by 1 to 2 pm she's hungry but not crabby and brain-fogged like those experiencing the sugar highs and lows of a carb-heavy diet. "It's no way to live,” she says. “You can manage it if you want. I'd rather not be a slave to that."

She’s also staunchly anti-gluten, which she calls "a gateway food sensitivity" that can lead to other immunological reactions.

It's not necessarily as simple as eating a modernized version of what our hunter-gatherer ancestors may have eaten, she says, but there are "simple ways we can manipulate these paleo principles."

One of her main recommendations is "calorie restriction with optimal nutrition." She explains that nature's energy goes toward reproduction (and, with it, aging), and restriction of calories sends the energy toward us (anti-aging). "Stimulating cellular proliferation past a certain age becomes dicier," she says, citing IGF-1 and cancer risk.

Her version of caloric restriction includes a high percentage of fat in the diet because “nothing is more stabilizing to the brain than natural dietary fat," she says. Up to half of the human brain is made of saturated fat, she explains, and the brain uses 25 percent of the body's cholesterol. Of the government's low-fat dietary recommendations, she says, "it is an unmitigated disaster," especially for children since they "particularly need fats and cholesterol for their neurological and hormonal development."

But can things really change?

Maybe not: You should have seen the can’t-be-bothered look on the elderly waitress's face in the mom-and-popish restaurant of the Sportsmen's Lodge in L.A.'s San Fernando Valley when Gedgaudas asked if a menu item was gluten-free. It was a look that typified a city – and a country – full of not just health food stores but also donut shops, where so many people are extremely health conscious, if misguided, and where so many just don't give a damn.

How to Win an Argument With a Vegetarian

Where is Darwin on Dentistry? You Are What You Chew