Why you should (and shouldn't) be monogamous

Why should you only have sex with the person you are in a relationship with? 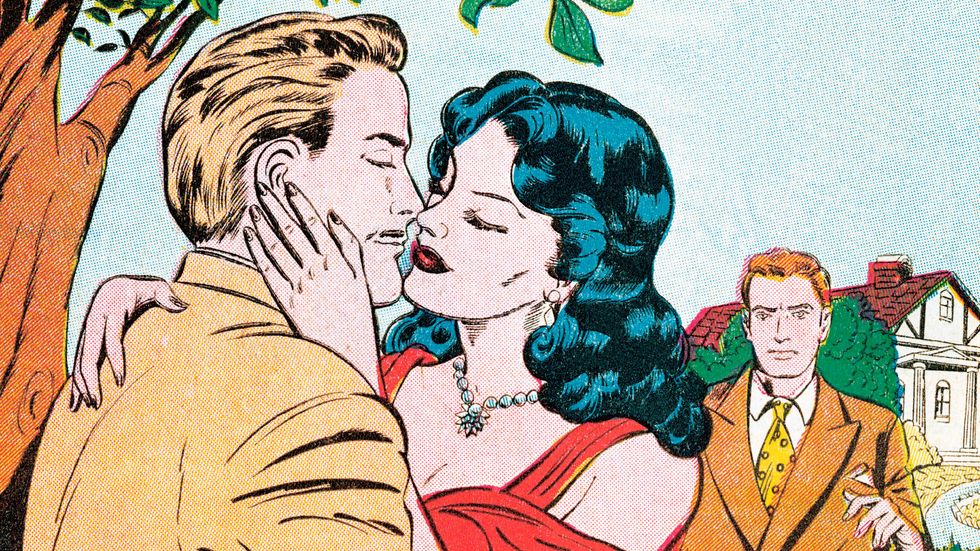 Why should you only have sex with the person you are in a relationship with?

Whatever name we use - polyamory, ethical or consensual nonmonogamy – it is important to recognise such relationships exist, are fulfilling and successful.

Many assume that a relationship can only exist if it is monogamous: in the sense that you can only have sexual relations with one person, with whom you probably share a deeply personal relationship. But these assumptions should be questioned.

As with any idea, thinking carefully about why we accept (or don’t accept) monogamy has important advantages for us: either we strengthen our view regarding the idea, in this case monogamy, or we realise it is found wanting. In this latter sense, we can replace, discard or improve on the original idea.

Trust is essential to relationships. Many will say that by being with other people, you are breaking that trust.

However, that misses the point entirely.

Betrayal and dishonesty is precisely what a mutual, consensual nonmonogamous relationship can look like and is based on; such relationships precisely attempt to avoid and undermine betrayal and dishonesty. By being open about your sexual needs, you can articulate what those needs are to your partner, improving your life, your partner’s life and, therefore, your relationship. Bjarne Holmes, a Champlain College psychologist conducting research on nonmonogamy, told LiveScience:

Early research has indicated there is consistent openness and honesty displayed in consensually nonmonogamous couples – but this seems obvious by definition. These properties, after all, are not only moral but necessary properties for an ethical nonmonogamy to function at all.

Being nonmonogamous without your partner’s consent isn’t ethical, it’s betrayal. Betrayal, secret affairs and so on, defeats the point of being nonmonogamous. Consistent openness and honesty is what makes nonmonogamy function and exist.

Notice that openness and honesty is worthy of emulating and engaging, regardless of the relationship you have.

If you cannot be this open with the person you are in a long-term relationship with, who can you do it with? Sometimes, of course, it is because you are scared, because you are uncertain what your partner’s response will be.

Perhaps if your partner immediately discards, denies or dismisses your sexual or emotional needs, he is the not the person to be in a long-term relationship with.

Many couples break up entirely because one – or both partners – are sexually or emotionally unsatisfied. But this is a reason to explore different options with your significant other, not to dismiss the relationship entirely. Again, exploring nonmonogamous options must be done in an ethical manner – with openness and consent – not behind your partner’s back.

Being open to alternatives – other than breaking up entirely – should be important and can be discussed maturely, without the assumption that the other person is “overly” sexual, “a whore”, untrustworthy, and so on.

Even if the conclusion doesn’t result in nonmonogamy, it seems an important test of a relationship to be able to discuss openly your needs.

Another legitimate worry is being betrayed or “losing” your partner to someone else.

But notice that this is a danger even for monogamous relationships.

If a purely monogamous relationship “demands” only the one sexual relationship, there is probably a higher chance of betrayal and secrecy. This makes sense since you cannot communicate to your partner that you wish to be with other people (while still remaining with her).

In this case, the only way to satisfy your need is to be secretive about it.

Furthermore, the inability to communicate or be more honest with your partner is a good indication of whether that relationship will be successful.

Again: even you both reach the conclusion that seeing other people won’t work, at least you’ve discussed it maturely and can propose alternative solutions.

It’s unfortunate and it ought not to be happen, but people do abandon relationships entirely because of not being sexually or emotionally fulfilled. The possibility of seeing others hasn’t even entered the conversation; or if it has, not without knee-jerk responses and harsh exchanges. This means instead of finding a solution, couples opt for immediate disengagement.

An ethical nonmonogamy is premised on honesty and understanding, meaning that it should undermine secrecy, betrayal and withholding of sexual longing for others. Honesty in the sense that you convey what your sexual wants are; understanding in the sense that it is possible to have sexual relationships with other people without betraying your partner.

This is possible, even if it is difficult for many people to both do and accept.

Many people give sex a lot more power or meaning than perhaps it should have, which leads often to irrationality. This is clear from the way people react to homosexuality, sex work, antinatalism (not having children), paedophilia, pornography, incest, and so on. All these topics are often discussed with knee-jerk reactions from all quarters - not just conservative religious people.

But: Why should consensual adult sex have any more meaning than what you and your sexual partner(s) want?

The point, though, is that there is nothing significantly different about being sexually active with other people as well as a primary partner; since, like any relationship, what we want from these might not end up happening. That is not a reason to err on the side of absolute avoidance, however.

For example, we could end up falling in love with friends and be forced to end the friendship because the feelings are not reciprocated. But just because friendships have the potential to be something more – when one or both do not wish it to happen – doesn’t mean we negate all friendships:

Similarly, we can maintain healthy, almost purely sexual relations with other people without either developing deeper emotional connections or breaking up with our primary partners.

This isn’t a slight against anyone involved, as long as honesty and openness is maintained. There should be no illusions about what primary partners and their individual sexual partners want. The sexual partner must be made aware of the limits of the relationship, just as the primary partner is.

Just because you as a couple are nonmonogamous is no reason to emotionally disregard other sexual partners and their expectations. Here again we see the problem is betrayal or dishonesty, not nonmonogamy: not letting the person know exactly where the relationship stands and what you want from it is consistently problematic. Being made aware allows the other person to opt in or out, knowing that – for example – he is not going to be anything more than a sex partner.

Again: this is not a reason to disregard nonmonogamy. Making people aware of what you want from a relationship is essential to all sexual interactions. If you’re a single individual, making others think their relationship to you is more meaningful than just sexual encounters is still probably wrong.

Many people when first encountering nonmonogamy wonder at how such couples don’t die of jealousy.

Of course, jealousy isn’t an argument: It’s merely a feeling. However, it is worth considering, since long term relationships – whether monogamous or nonmonogamous - are premised on making individual lives better through emotional commitment of whatever kind. This means, even though jealousy isn’t a rational, justified “argument”, its occurrence is worth considering since we do not wish to harm our partner.

We can question its occurring; we can provide evidence that worries about, say, betrayal are unfounded, and so on. But jealousy should probably never itself be a reason to act one way or another.

Consider for example how nonmonogamous people react to actions which often drive people to great heights of jealousy.

This is because, as a partner, they recognise their own limits to what they can provide and can share the joy of their partner being happy, as they would with anything else he achieved or accomplished.

We do not rule over the minds or desires of others: We can attempt to meet these, but they are not locked to us. Monogamy which expects complete sexual or emotional linking might be not only impossible, but immoral: Why can’t we have multiple individuals meeting us in our multiple desires?

The worry here is that the partner will leave us – but, again, this worry is not special to only nonmonogamy. Furthermore, being open to this kind of discussion can help prevent betrayal and acts of dishonesty from happening at all.

Being nonmonogamous is not about being better or worse than monogamous couples: it’s about what works for you as individuals and as a couple. For example, it would be wrong for you to have multiple partners beyond your primary partner without her consent or approval. Again, this would be unethical nonmonogamy and therefore betrayal.

Notice, too, the problem isn’t monogamy or nonmonogamy but betrayal which an ethical nonmonogamy is undermining.

The point isn’t the label of one’s relationship. What matters is that the relationship has a foundation of honesty; that openness is consistent and on-going. Whether this results in monogamy or nonmonogamy is irrelevant since how you arrive there matters more: You might switch between monogamy and nonmonogamy. You might want other partners purely for sex, or yearn for lots of deep, emotional romantic relationships.

Whatever it is, your needs should be discussed with your partner, without the danger of him reacting irrationally and harshly.

What we should begin insisting and establishing is that we have a hold on sex and romance, not the other way round; that sex has as much power as we want to give it, not an ineffable measure it gives us. This doesn’t undermine that sex can be powerful, that sex does come with measures of caution. But these, also, can be controlled.

What concerns me is our inability to communicate honestly with the very people in our lives we should be able to; that people who enjoy sex with lots of people are somehow bad as opposed to merely honest with themselves; that couples still hinge their relationships on irrational jealousy, to the point where partners are in an emotional burka of not being able to even look at attractive people, without their partner’s irrational scorn.

We are not rulers of a little emotional fiefdom, with only one loyal subject: we are partners on a journey which is unknown and dark and terrifying. This means we should be more open, more accepting of what we discover when we shine a light on our partner’s yearning, since often we can barely make sense of our own. We’re beyond static, hard-and-fast labels: We should be grown up enough as people, as a species, to see that monogamy is not the only way to conduct a relationship and there exist viable alternatives.