The Moral Significance of Sex Workers and People With Disabilities 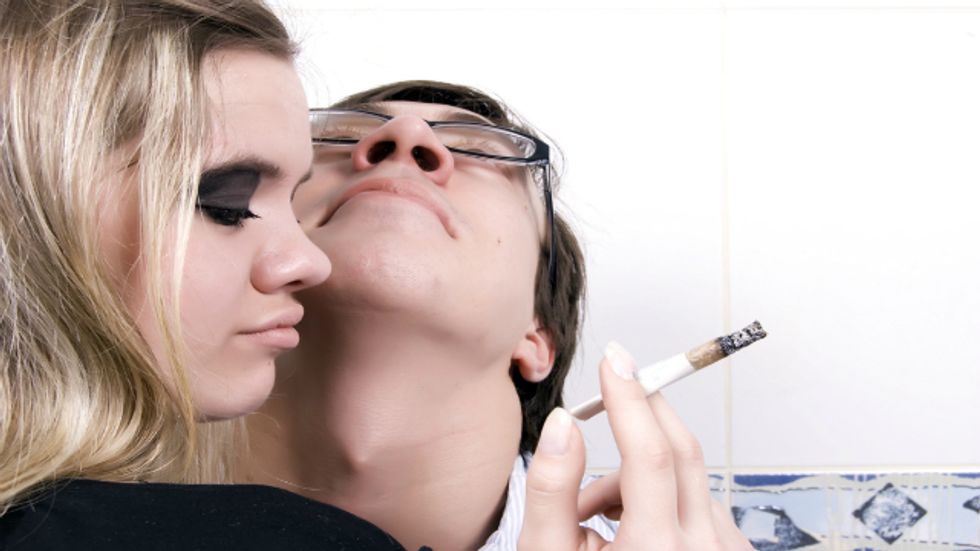 NOTE: I recommend you click "View Entire Story", so the endnotes work.

When prostitution cases are brought before a judge in Britain, a particular kind of “John” (or customer) will almost always have the case tossed out of court: that is, if the customer is a person with a disability. So explains a member of the group TLC Trust to me: a group that defends and promotes the interaction between sex workers and people with disabilities – TLC, as you’ll see, and similar groups, has become my new favourite advocacy group. This powerful statement, of judges dismissing almost out of hand any prostitution case involving persons with a physical disability, sets an important moral precedent that I think we all ought to follow.

For many, voluntary sex work - that is, done by people who do it without being physically forced or blackmailed into it - is inherently wrong for reasons I find extremely wanting (unless they mean sex trafficking, in which case we're not talking about the same thing. Please see the notes below for more). But many, including judges, accept that there is a unique situation when it comes to the relationship between sex workers and people with disabilities**. However, what I perceive from sex workers and this relationship is an element of morality worth emulating and promoting; and thus ultimately treating both sex workers and people with disabilities with the respect both groups deserve, as persons with interests, that warrant wider respect and, indeed, admiration.

I’ve never understood the inherent problem with sex work. As the wonderful Martha Nussbaum has famously argued, all kinds of careers – from plumbers to pop-stars – use their bodies to fulfil some demand made by another. Whether this is dancing in small clothes or fixing a leak, we use our bodies to bring comfort, fulfilment, etc. to others, in exchange for money.

What makes a (non-coerced, voluntary, etc.) sex worker any different to a pop-star? Some say that the main difference is that the sex worker engages in sex. However, that’s just a restatement of his or her career: you might as well say a pop-star sings. Is there something special about sex that somehow makes it beyond something we pay for? Just as we can ask a friendly neighbour to help us fix a leak or pay plumbers, we can ask a really friendly neighbour for consensual sex or pay a sex worker. What exactly is the problem? I’ve not read an account that adequately explains why the latter is problematic, inherently.

Perhaps it’s that the sex worker engages directly with the client. Why this matters morally is unclear: perhaps it is that the sex worker in direct physical interaction with the client raises the danger, complicates the power dynamics, and so on. But why do these aspects make sex work inherently wrong? There are plenty of dangerous jobs and plenty of direct proximity ones (dentistry and surgery, for example). Talk of danger is important and, indeed, essential but that’s not what makes something wrong. Indeed, if danger is the main opposition then you would want sex work “out in the open” (legal or decriminalised), under the scrutiny or, better yet, the protection of relevant authorities: sex workers deserve protection, security and the knowledge of acquiring these from relevant governmental places – from policing to medical – without unnecessary hassle. Abuse happens because they have no proper protection, not because abuse is built in to their career (indeed, abusive relations with pimps can be combatted if sex workers receive proper protection and little harassment from legal officials. See first note below).

We must protect both the sex worker (and his or her clients), through, for example, supplying effective contraceptives or preventing physical abuse. Why should sex workers not receive the same protections as almost all other working people, especially in a career that brings special fulfilment to many people and who, as workers, are persons like everyone else?

The relation to people with disabilities

Their relationship with people with disabilities confirms this. As many of them will testify, being a person with a disability makes acquiring sexual and romantic fulfilment difficult. Denise Beckwith, a medal-winner in the Sydney Paralympics, told ABC News that her interaction with a sex worker helped her develop in ways she otherwise may not have. “I have a disability (cerebral palsy) and my first sexual experience was with a sex worker, and I really value that experience because it gave me confidence to then pursue other relationships.” When she was 16, her father helped her acquire time with a male sex worker. ‘Brad’ from South Australia told Touching Base (another organisation helping people with disabilities reach sex workers):

“I would not argue for a minute, that the services of a sex worker can replace a loving intimate partnership. It cannot. I married a few years later, in my early 40’s, for the first time.

Indeed, even he acknowledges one of the problems that reverberates into making such interaction harder for people like him is “a lack of respect of the role of the sex worker”.

Sex workers are able to cater to those needs, allowing for these persons to fulfil their fantasies in a consensual relation with another adult. As sex worker and campaigner Rachel Wooton said: “I treat them as human beings. And they all have different needs and desires…it’s just about changing my service delivery slightly.”

Testament after testament tell us how people with disabilities have never been treated better, have never felt more fulfilled, thanks to caring sex workers. This doesn’t mean it is impossible for them to obtain these situations without sex work, as ‘Brad’ above indicated, but it does, according to testaments and cases histories, make it incredibly easier if there are avenues for people with disabilities to safely and easily contact available sex workers. The Internet, thankfully, makes such transactions more accessible (this is the natural extension of how we cater to people with disabilities already, by giving them designated parking areas, ramps and so on).***

There are obviously dangers in many of these areas. But we benefit no one by pretending the entire area is one that should be taboo, wrong, criminal. We benefit no one and protect nobody by asserting our disgust, hatred and antagonism of sex workers and/or people with disabilities. We allow our own privileged positions as capable or strong or non-disabled people – able to have ‘normal’ consensual adult relations – to cloud ourselves if we think everyone else is capable of this.

Indeed, sex workers' services shouldn’t only be recognised in the light of people with disabilities, but people with, say, psychological hangups, and so on (and of course average, 'normal' people, too). This doesn’t mean there is anything wrong with people who choose sex workers because they ‘can’t get' anyone without paying for it – just as people don’t ‘resort’ to online dating, since it’s equally as effective and allows for long-term commitments, so seeking out sex workers is nothing to be ashamed of; it's not wrong, or indicative of being a failure, deviant or a slightly off human being. However we find fulfilment, as long as we are not harming others, shouldn’t be an issue and we should celebrate that there are people, like sex workers, helping and facilitating this.

Consigning worries to the shadows does not dispel them, it only removes them from sight.

Sex work is important because persons are important: more so a broad, powerful group that help cater to the needs of another marginalised group of persons (and others, of course). Whatever dangers you can suggest are well-known already to many of the men and women involved, some having lived through them already. And seeing as we are dealing with adults, making claims that these relationships aren’t real is, again, unfounded since it presumes to know what all relationships should be like, or that there can only be one kind of relationship or fulfilment.

We should be glad this is getting exposure but we should utilise this opportunity to accept sex work as a legitimate and worthwhile endeavour for many people. Whatever dangers there are should be discussed openly and without scorn for the sex workers or their clients – unless we have reason and evidence to suggest particular cases warrant such reactions.

* There is of course the idea that no one grows up wanting to be a sex worker; that, though people aren't forced into it, their economic and societal standing are forces that compel them into this line of work. This means they're forced into sex, when they don't want to be. I sympathise with this view, but for the sake of focus, I'm not on that case. On a related note, making sex work illegal won't make such situations disappear: indeed, it would possibly make it worse for these unfortunate people in this position, since not only are they forced into a career they would otherwise not want, but, operating in a crime environment creates a cycle from which it is difficult to escape: since you're already a criminal, your "protection" and income come from people who have no regard for law or civility. Thus leading to blackmail and people stuck, endlessly tied to paying back pimps. ^

** I realise that constantly reading ‘people with disabilities’ seems long, jarring and uncomfortable; but I do not wish to call such persons merely ‘disabled’, since according to many reports, they find this term offensive and hurtful. The term focuses on the disability, instead of them as persons. Language is a tricky area, so out of respect and with my limited knowledge of how to engage, I ask my readers and persons with disabilities to aid me in this way: if you are a member or know an appropriate term, please do contact me and I will update it as such. Since this article is about promoting the equal respect that people with disability deserve, I naturally want to communicate appropriately! Thank you. ^

*** It seems to me then that it is helpful to consider sex a human right. But that might be needed to developed further. ^

UPDATE: This post is generating wonderful discussions and debate at Reddit. I recommend you look at all the different threads.