Why I Do Not Want Everyone To Agree With Me

I do not want everyone to have the same opinion I have on, basically, anything: from gay marriage to drugs. 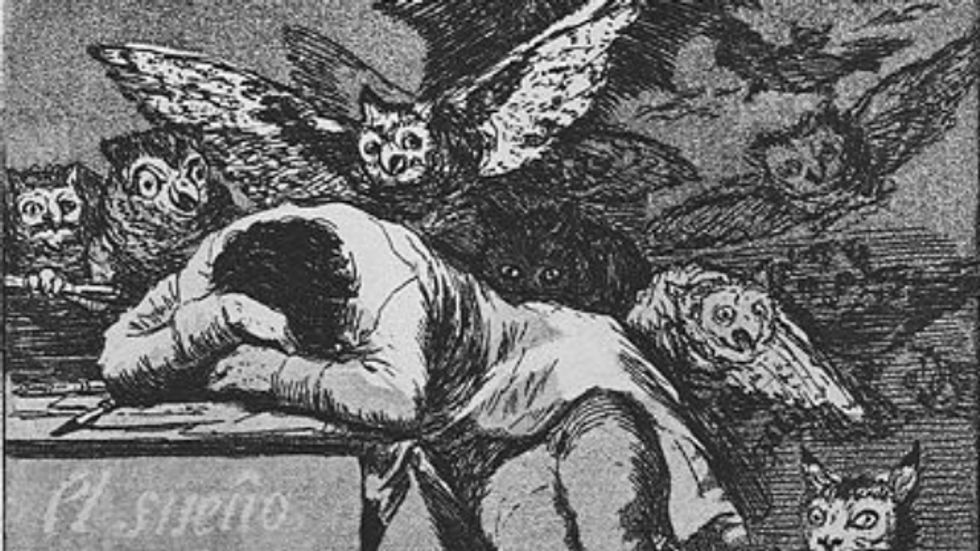 One benefit of writing on subjects most – including myself – find distasteful is the amount of opposition you regularly and consistently acquire. I want to argue about why I find this essential for reasoning, in keeping with a previous post on why we must not silence (almost any) other viewpoint. I also want to encourage a meaningful interaction with opposition and the type of opposition worth wanting.

When writing, there is little use, aside from diary entries, to just have your beliefs, views and opinions merely set out. It is uninteresting to most what your view on gay marriage or god is, unless you have something reasonable and/or interesting to say. Even if it simply reinforcement of views expressed by smarter people, which is often what happens on this blog, this must be set out reasonably so that one can follow the argument. It should get people to reach the same conclusion, though we know this doesn’t happen always, no matter how reasonable or justified a view is. We all have different reasons for writing or arguing and trying to persuade others, but whatever it is, our goal is to sway opinion.

But, for me, this is only half-true. I do not want everyone to have the same opinion I have on, basically, anything: from gay marriage to drugs. In almost every instance, however, I do want these topics legislated or enacted in public policy according to what I think is the most reasonable option (at the moment, given the current evidence). But just because it is law or policy does not and should not mean everyone agrees with it: people will, for example, oppose gay marriage regardless of whether it is legal or not.

Furthermore, even if you have all the best arguments on your side – as we do with gay marriage – this does not mean, as I’ve argued, there is no point discussing the topic: even if you, individually, think the argument is over, there will be others who think not. And if we get complacent because we think we are right, those most active who think it is wrong will be the ones who make the changes we don’t see coming. It is, as Goya said, the sleep of reason that produces monsters.

My justification then for wanting opposition is based on the idea that my opponents are the ones keeping me awake; they are the fingers jabbing me in the side that I hope never turn to swords. We may not see eye to eye, but at least it means my eyes have to be open.

Secondly, by making sure I am not becoming passive in general, they also ensure I’m clarifying myself and reassessing my individual arguments. As Mill pointed out, this is perhaps the main reason censorship is destructive to (1) the censor, (2) the person censored and (3) the world at large: all are denied access to potential information which could indicate the best viewpoint. Similarly, by not engaging or having opponents, I am effectively censoring myself from opposing views. This would therefore have the same disastrous effect that Mill warns about.

Of course some viewpoints are not worth engaging in. For example, those who think gays should be killed are not the type of opponents we need but they are worth opposing. However, they do fall under the general rubric of opponents in this debate and the reasonable ones worth wanting can help keep us abreast of such fanatical (and highly idiotic) factions. (At least this lady is being consistent with her beliefs concerning the Bible and killing gays. I can respect her consistency, if highly disrespect her argument.)

But this does indicate that we shouldn’t throw out all opposition with fanatical idiots: this is an inherent danger that can create groupthink, through an “us versus them” mindset; something we, as social mammals, are all too quick to do. By painting them with the brush of “not us” too strongly, it also means we’ll have no one call us out when or if we’re wrong.

We should therefore welcome opposition. If we can explain ourselves reasonably and with justification, we can demand the same of our opponents. Thus, we want an opposition that is reasonable, clear and uses justified arguments to defend themselves. Our purpose is to show why they’re wrong – or to accede and say their arguments are indeed better.

This is why I do not want to live in a world where everyone agrees with me. How would I know if I’m wrong, if I am not challenged in a coherent, logical way? Something does not become true or right just because everyone believes it: that’s an appeal to majority, not a justification. After all, in order to argue, you need some kind of overarching liberty to do so: in reality, a lack of dissent is a sign of conformity and subjugation, not universal agreement.

Friction creates light, here, dispelling this darkness of certainty. It’s not that I want to be perfectly right, but it’s that I do not want to be horribly wrong nor live with others that don't challenge themselves. I want to think defensively, as well as offensively. Debates must not end, opposition must not fade. We require our opponents to make sure that our views are as strong as possible, that what we believe isn’t so merely because of family, tradition or majority opinion. This is why dissent, on every issue, is important. We can’t face and counter every opponent, but we should at least be glad that they exist. Even if I don’t respond to every one, I read all of them and many have helped change or help justify my own views.

So to my opponents: thank you. You’re still wrong. But thank you.

Image Credit: From Francis Goya, The Sleep of Reason Brings Forth Monsters