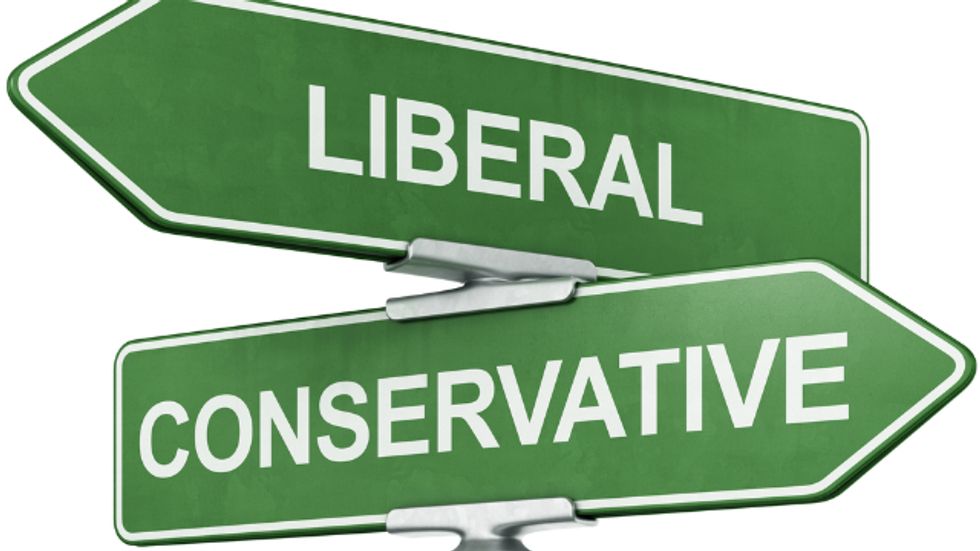 Some months ago, I ended up discussing the death penalty with some friends. I uttered what I thought was a fairly uncontroversial statement – especially among this group of smarter, scientifically-inclined, liberals: Scientific evidence should be the basis of policies and we should be willing to alter whatever policies are in play, regardless of whether those changes are regarded as a liberal or conservative, based upon this evidence.

To illustrate, I mentioned that one of the most important reasons to oppose the death penalty is that it does not appear to lower crimes. I suggested that, if there were significant evidence that we caught the right person 99% of the time, that capital punishment was done humanely, and it significantly lowered (violent) crime, then I would probably support the death penalty. Notice: each criterion can be demonstrated empirically.

One friend immediately found this abhorrent. He at first refused to believe me; then he explained: “That’s not very liberal!” It was this, really, that bothered him; not especially the idea of killing, but that I would support a non-liberal policy.

This immediate disdain for an idea because it is often associated with a group you despise, oppose, and so on, is unscientific. A core principle of science is being able to adjust to new evidence, new data, acquired through improved technology and thinking. Thus, to keep in place a policy purely for the sake that it is considered “liberal”, rather than the more important reason that it works, is to give in to ideology rather than truth; it is maintain the party-line rather than dive in after reality. It is unscientific, it is dangerous, for anyone – but in this case liberals – to refuse to even acknowledge that the death penalty might not work; that maybe it is moral to invade, occupy and kill in foreign lands; that mockery of religion, even blatant and provocative, might be helping the cause of free thinking. The refusal to consider evidence is almost always an evil and a particularly dangerous one: but when you refuse to acknowledge evidence because it may upend your political view, you are no different to any other dogmatist.

No one is immune to dogma. But it is precisely the undermining of dogma and preventing the solidification of worldviews that liberalism aims at. As Will Kymlicka highlights in Liberalism, Community, and Culture, two essential aspects of liberalism are (1) defending the freedom to discover what constitutes the good life; and (2) accepting that we may be wrong about those conclusions, such that we ought to be able to revise them. This requires careful unpacking.

I have already argued for (1) in an earlier post, when discussing John Stuart Mill’s defence. Freedom, in speech and expression, and autonomy, over one’s life, body and activities, ought only be restrained under very specific conditions – for Mill, it was the Harm Principle: that is, we may not prevent others from acting or speaking even for their own benefit if there is no significant harms to others. This is one, highly narrow, and specific rubric to assess whether intervention is warranted.

This powerful principle means we ought to be able to commit suicide, sleep with whomever we want, and so on. But the reason is not to do with flaunting or fetishizing freedom: for Mill and his supporters this freedom and control of oneself is essential to discover what really is fulfilling and important for oneself. Once that is discovered, only then can we begin assessing whether our lives are actually good or not: an ignorant slave remains a slave. And from there, we can see whether our society is one conducive to a moral, fulfilling life.

This is why, for Mill, censorship was a pernicious evil: it prevents the spread of and creation of new ideas; ideas which could rattle the chains that have long been forgotten about; ideas which could benefit the world. That we prevent ideas on the basis of mere offense is simply not good enough, given that reality does not align itself to comfort. Thus, free expression and movement and autonomy was part of a system of constant moral discovery for Mill. This is one essential aspect of liberalism, according to Kymlicka.

Kymlicka writes: “We recognize that we may be mistaken about the worth or value of what we are currently doing. We may come to see that we’ve been wasting our lives, pursuing trivial or shallow goals and projects that we had mistakenly considered of great importance.” Thus, defending slavery turns out to be incorrect; viewing women as lesser than men is unjustified and immoral. Call it progress; call it whatever you wish. What matters is that recognising the freedom to discover what matters is never solidified, by definition. As liberalism’s most ardent defenders, such as Mill and Kymlicka highlight, it is a constant activity (this is part of being an active citizen of a society!). This, by definition, means that upon discovering what matters to you, something else might change or undermine that view. This means you ought to do away with this value, moral, etc., so it can be replaced by a better one.

Furthermore, one important way to discover that it really is a better one is to see what others have said. Again, this shows why free speech matters. We could simply be embracing a value because all dissent is censored. For Mill, the best ideas would win out and, if we truly had the best ideas, there is nothing to fear from other viewpoints: since the idea currently being embraced ought to be able to undermine its opposition. Otherwise, you discover a better idea. Either way, you benefit by engaging with the “collision” of ideas, as Mill put it.

Notice that the properties of freedom and readjustment can’t be separated. The freedom to discover, by definition, means raising the moral anchor, to be taken in by the tide of reflective thinking.

You can probably recognise that this is a fairly scientific view – and this was not lost on Mill, considering the importance of scientists in his own intellectual growth.

So what if it’s not liberal?

Therefore, it shouldn’t matter if a policy, a worldview, or whatever isn’t considered “liberal”. It shouldn’t be the case that legalised abortion, decriminalised sex work and drugs, no capital punishment, and so on are “liberal” policies. It should be policy because the evidence suggests they’re the best ones. Refusing to consider a policy or view because it is “anti-liberal” is both equating “liberal” with “morally justified” (a remarkable claim) and embracing a position based on dogma, not evidence.

Liberalism might be a fine shorthand for your moral and political tendencies, in some instances, but it should not be a shorthand for your moral and political reactions to others’ views. As my friend Jacques Rousseau has indicated: “If you think liberalism superior to some other political stance, your primary reason should be that you think liberalism gets certain positions right where other views do not.” Correctly, he asks that we stop saying:

We should have evidence-based policies, not necessarily liberal or conservative ones. We should have justified, reasonable moral positions, not liberal or Republican or Democratic positions. If it so happens that, say, liberalism tends to favour decriminalised prostitution and euthanasia, so much the better for liberalism. But as Kymlicka and Mill highlight, it is better to consider liberalism as a method of engagement with society, or as Kymlicka says: “as a normative political philosophy, a set of moral arguments about the justification of political action and institutions.”

Thus, it is not a series of policies or views, but what should be a basis for engaging with multiple moral viewpoints and a justification for why freedom is essential to everyone.

So, yes: given those conditions I mentioned, I might very well support the death penalty. And no, it might not be “very liberal” – but the point is it would still be right.