SETI's search for extraterrestrial life has failed for decades. A likely reason might be they are looking for aliens who look like your neighbors at twilight. 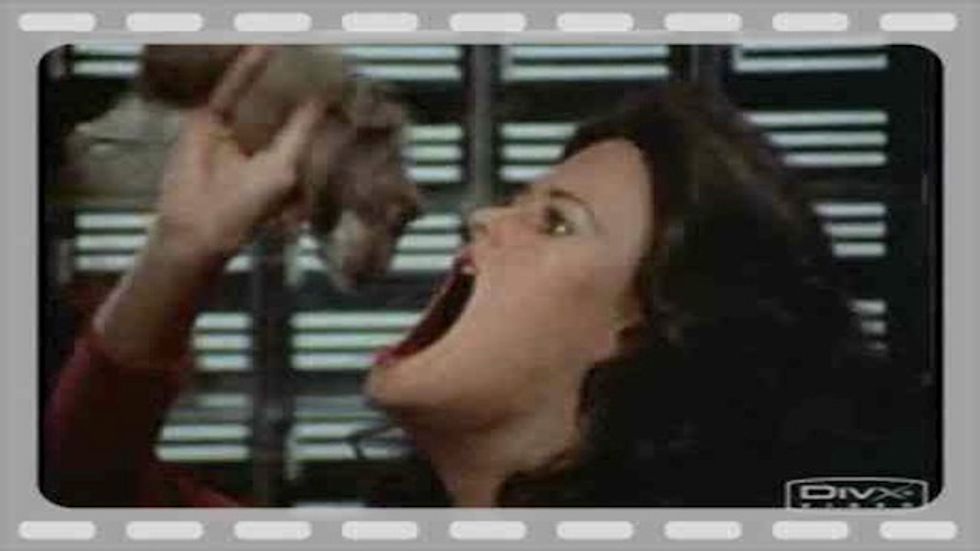 NASA's Kepler probe has found 54 planets in the constellation Cygnus that have a "Goldilocks" relationship to their suns—not too hot, not too cold, but just right to have water and other attributes that support life as we know it on Earth. With so many possibly Earth-like planets in one small part of space, you naturally have to wonder: Are there alien life forms all over the galaxy? And, if so, are they coming to help, enslave, exterminate, domesticate, experiment upon and/or shag us? Kepler's find is strong evidence that the answer to question 1 is "yes."

If planets in a position like ours aren't rare, then they must be subject to the Copernican principle. Also known, less appealingly, as the principle of mediocrity, this maxim states that when anyone observes anything, his point of view is going to be ordinary. Reading this, for example, you are highly unlikely to be in the Marianas Trench or at the top of Everest. No offense, but you're probably in some pretty average place.

This point, that “your location is not special,” as J. Richard Gott, the Princeton astrophysicist, has put it, applies to more than just place. Think of the averageness of your spot as a metaphor for the rest of the situation. Your eyes are likely to be average eyes, and your mind likely to be neither especially dumb nor especially bright, and so on. Despite what your hunches tell you about the specialness of your point of view, intuition is very probably wrong. “Of all the places for intelligent observers to be,” Gott said, “there are by definition only a few special places and many non-special places. So you’re simply more likely to be in one of the many non-special places.”

The principle of mediocrity appears more profound, and more subtle, than earlier generations thought. (Maybe we should call it Deep Mediocrity.) Even people who think they understand, who have fortified themselves with Copernican insights against self-deception, can nonetheless be misled by the insidious notion of human specialness.

Take, for example, the search for signs of non-human civilizations. For decades, humanity has been listening for alien transmissions, and sending out the occasional shout-out, too. The Pioneer space probes of the early 1970’s bore gold-coated plaques with drawings and charts, designed by Carl Sagan, he of the “billions and billions of stars,” who was the public face of this search for extraterrestrial intelligence (SETI), and its most influential lobbyist. The later Voyager probes each carried a gold-coated copper disk that encoded photos, music, people saying hello in 54 languages, and greetings from Jimmy Carter and Kurt Waldheim (then the U.N. Secretary General). Its aluminum cover contained a schematic for playing the record with the cartridge and stylus packed nearby. In 1997 the Cassini probe to Titan was launched with a digital disk made of diamond.

SETI was a proud product of the Copernican principle. Indeed, it was a leap of Copernican faith: At the time that Sagan and his fellow enthusiasts were lobbying for SETI, it was not known for certain that stars other than the Sun even had planets, much less life, much less intelligent life.

Yet SETI has failed for decades. Exactly nothing has turned up. A likely reason: the project was designed with the idea that the only way to have a life-supporting planet, and to be a life form, and to be intelligent, and to have a civilization, was to be like an Earthling. One of SETI’s advocates, Frank Drake, said to expect aliens who looked like your neighbors at twilight: “They won’t be too much different from us,” he said, predicting that many aliens would “have such an anatomy that if you saw them from a distance of a hundred yards in the twilight you might think they were human.”

So even as the SETI advocates claimed to be loyal to the Copernican principle, at a deeper level, they violated it. They liked to point out that there was nothing special about the earth, and about humanity. But they would not concede that there is nothing special about our intelligence, our science or our technology. Rather, they assumed that what human beings are, and what we know—our biology, our math, our science, our technology—must be so apt, so special in its relationship to reality, that an alien intelligence could surely grasp it.

The strangeness of that is illustrated by the Voyager message: Humanity packed its information onto a long-playing record, complete with stereo instructions. 1974’s supposedly universal code, made to be readable for billions of years by minds that evolved under other suns, would probably stump a 16-year-old with an iPod, right here on earth.

So the principle of mediocrity suggests that ours is an average planet, with an average history. That means there should be other planets with similar histories out there, including a history of life. But if we assume that we're uniquely fit, in 2011, to communicate with other life forms, than we violate the Copernican principle in time even as we honor it in space. Isn't it more likely that life on other planets died out long ago, or is just getting going, or isn't recognizable to us at all? To hope for any other outcome is to hope for a most un-Copernican coincidence.