What Happens When Environmentalists Ignore Data?

Rachel Carson effectively stopped the usage of DDT. This has led to disastrous consequences, writes Paul Offit in his new book, Pandora's Lab. 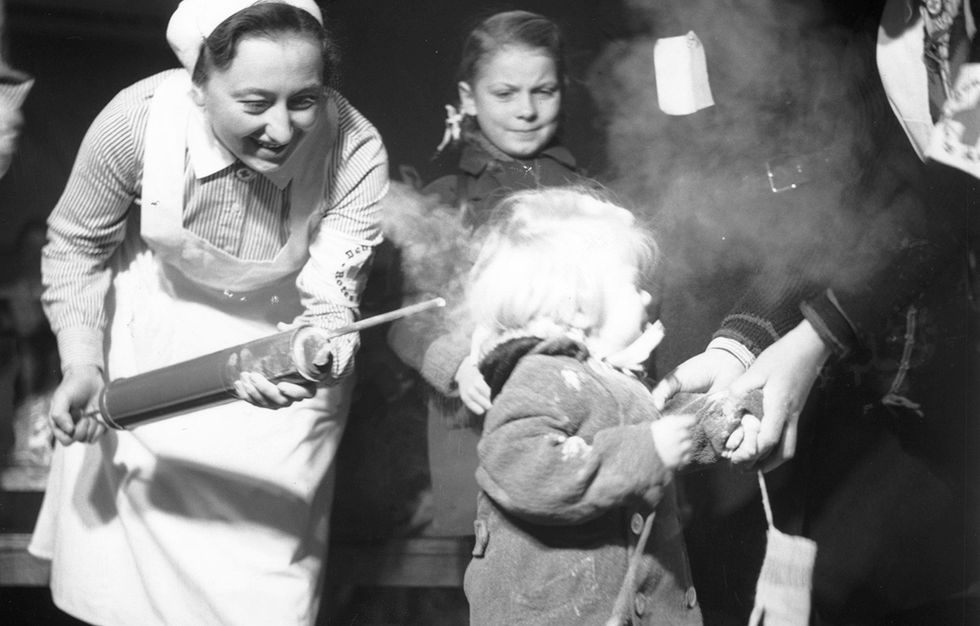 With environmental regulations being slashed daily, a resurgence in Rachel Carson’s Silent Spring has taken hold. Few books have impacted governmental policies like this 1962 juggernaut. Carson’s diatribe against DDT practically wiped the insecticide from the face of the planet. Looking back over a half-century later we have to ask: Is this a good idea?

Paul Offit doesn’t think so. In his new book, Pandora’s Lab: Seven Stories of Science Gone Wrong, the physician and co-inventor of a rotavirus vaccine investigates what happens when good (and sometimes bad) intentions fail to take the bigger picture into account. Rachel Carson, according to Offit, is one such example.

Having been warned by her mentors that a future in medicine was not in her cards, Carson took to writing in the thirties to stay involved in the sciences. She was a diligent worker and poetic author, never satisfied with her articles and books even as the press and public offered continual accolades. Silent Spring proved to be the culmination of decades of environmental research pointed at the ravages of DDT.

Our fear of chemistry makes sense. I rarely pass an older building in Los Angeles without a plaque warning of the carcinogenic materials embedded in the structure, my apartment complex included. Between 1947 and 1960, Offit writes, American chemical manufacturers increased their output from 124 million pounds to 638 million pounds. As a result the insects gorging on our vegetables fought back harder, which made us spray longer.

Carson took the lead in fighting against this unnatural assault on the environment. A month before the publication of Silent Spring, President Kennedy cited the book—a few chapters had been serialized in the New Yorker the previous summer. Two weeks after publication, 65,000 copies were sold; it remained #1 on the NY Times bestseller list for thirty-one weeks. Though Carson died the following year of metastatic breast cancer, the government’s “Pesticide Commission” turned into the EPA, one of the agencies the current administration appears bent on destroying.

The work of environmentalists are essential right now. Earlier today the president rolled back important regulations regarding the curbing of climate change. Carson might have been an early instigator, but her legacy is necessary today. By the time Nixon was in office the government was signing into law numerous environmental policies, a trend that we need to keep championing.

The problem, Offit writes, is that Carson got the science on DDT wrong. Because of that error, and despite the incredible progress America made in that short window of time, millions of people have died as a result.

While DDT, or dichlorodiphenyltrichloroethane, was created in a German lab in 1874, it sat on a shelf for sixty-five years. Its inventor, Othmar Zeidler, made a batch for his thesis, then found it useless. Paul Müller didn’t agree. In 1939 he found Zeidler’s formula when investigating how to destroy moths without damaging clothing. DDT took care of moths and just about every other insect imaginable.

Müller’s work didn’t catch on in the fashion world. It did, however, save millions of lives from typhus, a disease spread by body lice. He was awarded a Nobel prize in medicine and physiology for his discovery. An industry was born.

Typhus was a problem, but the world has seen worse, most notably malaria. Mosquito nets and quinine are important combatants, but Offit finds DDT to be more valuable:

In 1970 the National Academy of Sciences declared that more than 500 million lives were saved thanks to DDT. It also worked on yellow fever and dengue by destroying disease-ridden mosquitos. While leading experts at the time were aware of its efficacy, within five years it was banned from numerous countries thanks to the legacy of Carson’s book.

In Silent Spring, Carson focused on bird populations decimated by DDT, including robins, meadowlarks, cardinals, and eagles. Yet she got her data wrong: the number of birds in each population actually increased during the periods of heaviest DDT usage; they too suffer from insect-borne diseases. As a member of the National Audubon Society, whose data showed the higher numbers, Carson should have known better. Offit speculates that she ignored the information because it didn’t fit in with her narrative, which led to tragic consequences.

For more than 30 years, countries where malaria epidemics were common had been denied the lifesaving chemical. Although there were alternatives, and some of those alternatives were used, no chemical was as cheap, long lasting, or effective as DDT. As a result, millions of people, mostly children, died needlessly.

Offit’s book highlights what happens when narrative overrides data. He looks at the legacies of eugenics, margarine, nitrogen, and lobotomies, among others. The distance between an idea and science is steep and often treacherous. Unfortunately we often assume that because someone has expressed an idea it must be true, an especially harrowing neurological glitch in the digital age. Even when we know better we persist in our follies. That’s a shame given what’s at stake for our own health and that of the planet.