Understanding (and Refuting) the Arguments for God

Skeptic Michael Shermer presents ten major arguments for the existence of God — and counters each one. 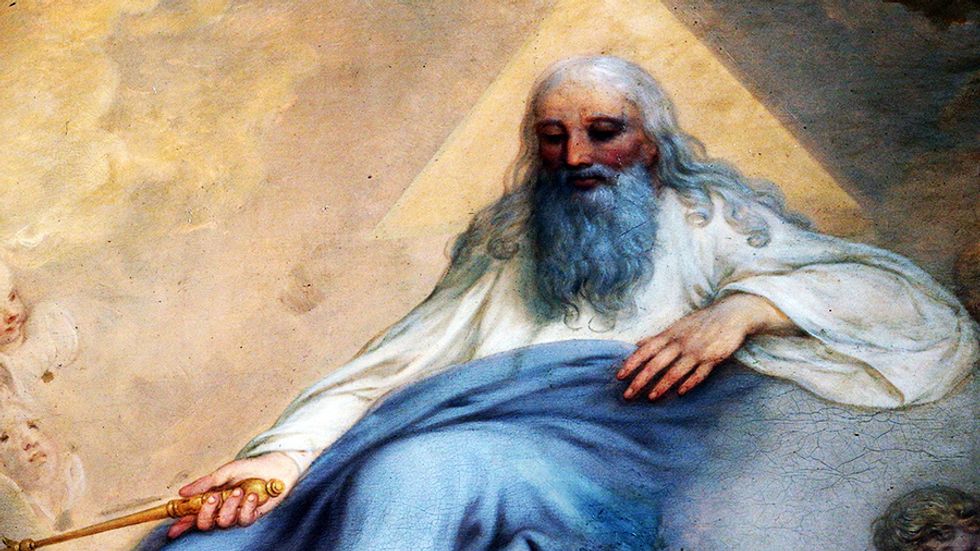 Michael Shermer has made a career of skepticism — he is the founder of Skeptic, for one — but in his 2000 book, How We Believe: The Search for God in an Age of Science, he does not come across as the hardcore atheist you might expect. (He prefers "nontheist.") One can appreciate his honesty and integrity. In a media that both champions and lambasts the so-called "New Atheist" movement, Shermer says one thing: Show me the evidence.

Certain fundamentalists and atheists alike see the question of God as an either-or proposal, not content on the murky speculations presented by the other "side." As Shermer points out, what we consider "miraculous" simply means what we do not currently understand. In the books he investigates 10 arguments for the existence of God. It should be noted that he does not question whether religion is right or wrong; he merely looks at these arguments from a reasonable standpoint.

1. / 2. Prime Mover/First Cause: The first two arguments essentially state: Since everything is in constant motion, there must have been something that first moved everything. And that is God.

3. Possibility and Necessity Argument: Not everything is possible, for that admits the possibility that there could be nothing. If nothing once existed, the universe could not have come into existence. What exists of its own necessity is God.

Shermer borrows from Martin Gardner by stating that this is a "mysterian mystery" — the idea that nothing is unknowable is due to our minds being unable to process the thought of it. It is conceivable that nothing could exist; we just cannot imagine it.

4. The Perfectionist/Ontological Argument: This convoluted argument presented by an 11th century archbishop named St. Anselm boils down to: a) There must be a cause for our very being, goodness, and perfection, and b) Is it impossible to think of God as nonexistent.

As Shermer points out, if the first point were true, you would have to add the false, ignoble, and worst, all of which would also be God. This argument is not uncommon: God seems to be around when things go well, suddenly on leave when they do not. As for perfection, humans invented this concept. You can always think of something "better than," as in adding one to infinity. Finally, it is impossible to think of anything as nonexistent, since our thoughts are always on something that exists, has existed, or could potentially exist.  This argument proves nothing.

5. The Design/Teleological Argument: The heart of the modern creationist model: Since things act for a reason, there must be a designer. Otherwise how could we explain the perfect symbiotic relationship between insects and flowers?

Shermer points out that there are many design flaws in nature, such as the hind legs of a python and a whale’s flipper. I’ll add the human neck, which from a structural standpoint is not up to par with the 14-pound weight of our heads, especially with all the gazing down at our phones. If God perfectly designed us, he would have foreseen the ridiculous amount of time we stare at devices; thus, our necks would be much sturdier.

6. The Miracles Argument: The miracles of the Bible and any after can only be explained by an intervention from God.

As stated above, a miracle is simply something we cannot explain. To imagine all the great works of literature written thanks to the human imagination, then to somehow think the Bible is a special edition where everything is true, is foolish. It is, like other books of its time and since, a work of fiction.

Obviously there is no proof in this argument. As Shermer points out, if believing implies going to church, attending services, and so forth, then there is much to lose: time. Also, what god are we talking about believing in? If not the Judeo-Christian God, you’d have a lot to lose as well.

8. The Mystical Experience Argument: Mystical experiences have existed throughout history in many cultures. They imply some sort of direct connection with the divine, usually in the form of "light" or a "feeling."

Shermer points out that the "visions" experienced in such encounters correlate with temporal lobe seizures or other neurochemical reactions. For myself, I have experienced a number of such "visions" on LSD, ayahuasca, and other substances. While emotionally and mentally profound, I see no reason to attribute chemistry to a creator.

9. Fideism, or the Credo Quia Consolans Argument: This is not an argument at all. Basically, it means you believe in God because it consoles you.

Many people believe in religion for exactly this reason. And yet, if beliefs are based on emotions rather than evidence, it negates the necessity of reason and science altogether. You can’t argue against this one as it’s not an argument, but it still does not hold up from a logical standpoint.

10. The Moral Argument: Alongside the creationist argument, this is the most popular: How can there be morals without God?

The notion that everyone would turn into robbers, rapists, and murderers if it were discovered there is no God is ludicrous. Morals are based on cultural upbringing and, to a degree, genetics. Likewise, if morals were the domain of God and He is omnipotent, then there is a flaw in His creation when humans do bad things. There is no sense in this argument; altruism and empathy are part of our evolution as social beings. Living in society helps us create morals for the betterment of the whole.