Sleepless Nation: Why Eight-Plus Hours Is Necessary For Optimal Health 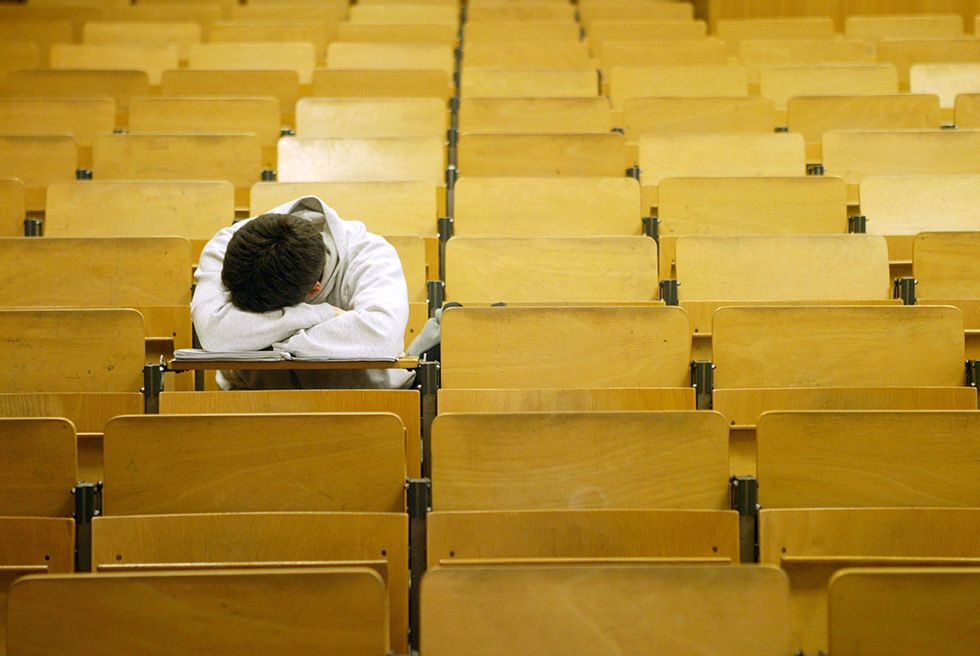 One odd boast in an overworked, overtired culture is how little sleep one needs. I’ve come across a number of people who wear their four-to-five hours a night like a badge of honor. Sometimes, though, there’s a wistfulness to their declaration, hinting that even though eight hours is a distraction, what if, if only…

It’s hard to admit our deficiencies. Lack of sleep is too prominent to ignore, however. An estimated seventy million Americans suffer from sleeping disorders. In 2011, sixty million were prescribed sleeping pills. With increasing amounts of emergency room visits attributed to drugs like Ambien, along with a spike in depression levels from abuse, it’s hard to imagine how the extra eleven minutes a night that these pills offer—yep, that’s it—are worth it.

Many intertwined factors are implicated in our growing sleeplessness. Light from our devices is a growing concern. Diet is another. Sleep deprivation results in an incessant craving for dense carbohydrates and sugars. Keeping our bodies running on sugar results in an expectable crash, causing us to need more, and so forth. In turn this keeps us awake, or constantly waking up during the night, disrupting the necessary cycles we need for a truly restful evening.

And then there’s our immune system. After being given a hepatitis C vaccination, a sleep-deprived group produced fifty percent fewer antibodies than the group that received a full eight hours. Another study has shown that sleep deprivation heightens the risk of depression and the ability to think clearly, as well as increasing the risk for diabetes, obesity, heart disease, and stroke.

For every two hours your brain spends taking in information during the day, it needs an hour of sleep to figure out what it means. If you don’t get that hour, you don’t figure it out. The difference between smart and wise is two hours more sleep a night.

Yet excuses pile up: "I can’t. I don’t have the time. My mind won’t let me sleep." And so on. That’s in part due to the complex circumstances we find ourselves in culturally. Since there is no silver bullet for sleep—one reason people default to pharmaceuticals is because they’re falsely marketed as such—many do not want to change their dietary and screen time habits. Being creatures of repetition, we’d rather ignore the varied possibilities destroying our health hoping for a quick fix than partake in the laborious process of fine-tuning our lifestyle.

Much of it returns to that boasting, where sleep is treated as an obstacle instead of a necessity. As Ratey and Manning write, however,

Sleep is not a retreat to helplessness, but rather a functioning part of our learning process when the brain works through problems and devises solutions.

Dreams, for one, are thought to be part of our brain’s way of consolidating memories. Mental and emotional housekeeping is done during that dark third of our life. Perhaps we put too much emphasis on consciousness, thinking sleep a time when ‘nothing’ is going on. From a biological perspective this is ludicrous.

The solution? Well, there are many. If you have trouble sleeping, it might take some time to pinpoint the problem. Ratey and Manning suggest eight-and-a-half hours per night, more if your body needs it. If that seems a luxury, you’ll lose far less time adding more sleep than dealing with sluggishness, a weakened immune response, an inability to think clearly, an increased risk of depression (among other ailments), and a growing waistline from excess carbs and sugars.

Pranayama helps me when I’m a little wired. While a variety of these yogic breathing exercises exists, I’ve found a simple four-part inhale followed by an eight-count exhale to be effective. Let your mind focus on the numbers and the sensations of the breath while lying in bed. Usually I’m asleep within five minutes of starting this cycle.

A posture called Viparita Karani, or legs-up-the-wall pose, has been especially effective for a number of my students. I recommend ten to fifteen minutes close to your bed, so that when you roll off the pillow or bolster you can crawl right into sleep. This posture seems to have especially beneficial effects on our parasympathetic nervous system, plus, I would guess given my own history with it, our enteric nervous system—I’ve had a number of stomach aches calmed after practicing it.

Finally, meditation is a wonderful way to slow life down as bedtime approaches. As you’re probably aware, we sleep in cycles throughout the night; those eight-plus hours need to be the right eight hours. Between cycles our body produces prolactin, which has a calming effect. This protein is also released during meditation.

Humans are generally more reactive than proactive, especially when it comes to matters of health; it is one of our tragic characteristics. There is no shortcut to sleep. None of us function better on less of it, and the means by which we get there are important. Waiting until the problems compound increase our risk for a variety of emotional, psychological, and physical diseases. If that’s you, sleep on it—you’re more likely to figure out a solution than staying caught in the hamster wheel of sleepless nights.