Psychedelics and the religious experience

Psychedelics like psilocybin and LSD are being researched again after a 40-year hiatus, and the results are promising, from both a scientific and spiritual perspective. 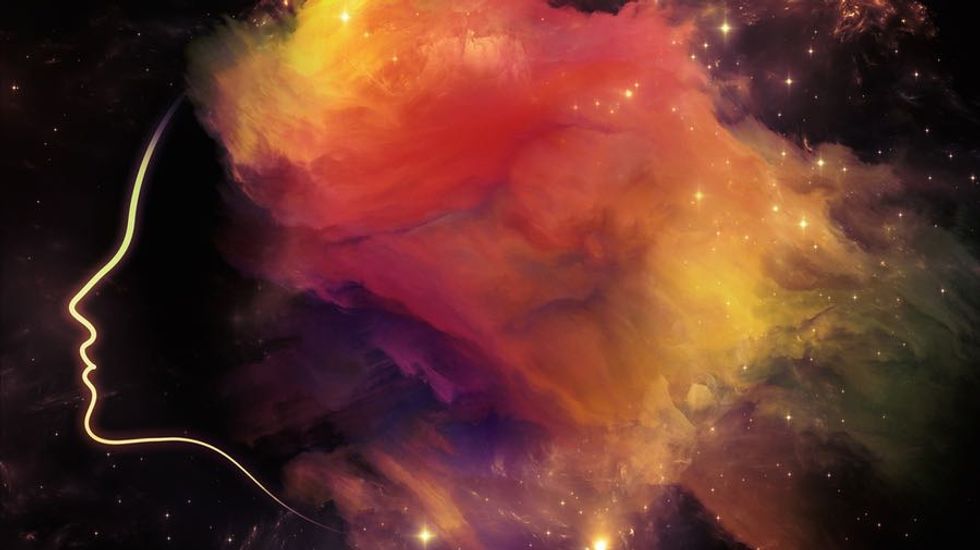 I spent a lot of time in the Gardner A. Sage Library. I also passed many hours just outside of it. As a religion student at Rutgers University, it was accessible to me as part of the theological seminary. During the day, I would scour texts learning about ancient faiths. At night, I would climb down a metal ladder bolted into a brick façade leading to an underground courtyard.

By day, my imagination was filled with the visions and hallucinations of millennia-old sages and prophets. While the sun slept, I was having my own thanks to healthy doses of psilocybin and LSD. I would stare at movies that didn't exist playing across those bricks, contemplating the cosmos from a tiny library basement in New Brunswick.

My first cover story for the university's Daily Targum entertained the notion of having a religious experience while on psychedelics. My editor later told me she received numerous letters about the piece, most expressing disdain. Critics claimed it impossible to have the slow revelations of, say, disciplines like yoga and meditation instantly with a tab of acid. It is, they said, cheating.

In the 20 years since those long days and longer nights, my feelings haven't changed about the power of psychedelic (“mind manifesting") substances. Fortunately cultural assumptions have shifted dramatically. While these chemicals were scientifically studied and governmentally funded during the '50s and '60s, research ended when they were ruled illegal by Richard Nixon in 1970. The law states psychedelics have no therapeutic or medical value.

Since then, these substances have been locked in the same legal drawer as narcotics — ironic, as that word is derived from the Latin narko, “to make numb," a claim nobody on LSD would ever make. Decades of potential therapeutic research have been missed, most notably thanks to corporate greed.

Don't take my word for it. Here are the words of Director of the National Institute of Mental Health Tom Insel:

The N.I.M.H. is not opposed to work with psychedelics, but I doubt we would make a major investment. ... It would be very difficult to get a pharmaceutical company interested in developing this drug, since it cannot be patented.

Thankfully not everyone is so pessimistic. Psilocybin, the main compound in "magic mushrooms," was the focus of a recent trial at N.Y.U. Researchers discovered that it helps alleviate anxiety and existential distress in cancer patients. For the uninitiated, this sounds like an escape; much like my detractors in '95, psychedelics are believed to conjure false gods in the minds of users.

Nothing could be further from the truth. First off, psychedelic substances force you to confront personal issues — a "bad trip" is often encountered during an investigation of latent emotional content. In fact, during both of my experiences with the entheogenic brew ayahuasca, my entire evening was consumed not by visions of cosmic serpents, but by habitual character patterns. My revelations had nothing to do with universal harmony, but the courage to practice techniques for breaking bad habits. Yes, there were plenty of visual and auditory hallucinations. They simply weren't the most pertinent aspect.

Such introspection is not uncommon and should not be underrated. As philosopher and linguist Alan Watts wrote of his first LSD experience:

It was an intensely interesting aesthetic and intellectual experience that challenged my powers of analysis and careful description to the utmost.

Now, as Watts admits, and as I have experienced myself in over 100 psychedelic episodes, these substances serve other functions. And it is here that the true therapeutic and religious value emerges: a reduction in anxiety levels.

Pretty basic, no? Yet not so simple. Stress is most commonly associated with elevated levels of the steroid hormone cortisol. While low levels of cortisol help repair tissue after exercise, chronically elevated levels result in suppressed immune functioning, promotes osteoporosis, acts as a diuretic, disrupts sleep, is linked with excessive protein breakdown and obesity, and impairs learning by damaging the hippocampus. Anxiety is a killer in every sense.

On a larger scale, as evidenced in the N.Y.U. cancer study, anxiety regarding death is pervasive. Americans don't know how to die; we've never developed proper rituals for it. Many elders spend their final days in the cold confines of an ICU or in senior homes. Instead of celebrating life, we mourn the past, so much so that we're never really here.

Part of what psychedelics address is the present moment. This helps contribute to a drop in anxiety. Instead of an intense focus on where one is heading, or where one's been, this moment, now, is emphasized. Unsurprisingly, psychedelics alter brain chemistry in a similar manner as meditation.

This occurs in the brain's default mode, or, more broadly stated, the imagination. Our brain is always in one of two modes: central executive (complete focus) and daydreaming, the default. Researchers in Australia and Norway found that nondirective meditation — letting the mind wander while in meditation — helps reduce anxiety. This is the same region accessed by psychedelics.

As Michael Pollan writes in The New Yorker,

Blood flow and electrical activity in the default-mode network dropped off precipitously under the influence of psychedelics, a finding that may help to explain the loss of the sense of self that volunteers reported. (The biggest dropoffs in default-mode-network activity correlated with volunteers' reports of ego dissolution.

While anecdotes usually make for poor science, they play an essential role in neuroscience and psychology. Ego dissolution is the foundation both Buddhism and yoga were built upon. You can argue this idea persists in Christianity and Islam (“surrender"), in which the practitioner attempts to dissolve his personal ego through faith in an earthly representative of a godhead.

What persists in both anecdote and research, however, is that breaking patterns is one of the most substantial benefits of psychedelics. LSD and iboga may help alcoholism. MDMA, once used in marriage counseling, is now showing dramatic improvements in veterans dealing with PTSD. (So is yoga.)

This is where the religious experience comes into focus. A feeling of unity with your surroundings, a deeply held sense of comfort and continuity, the lightness of being as anxiety surrenders — all emotional sensations produced when the self-defeating neural regions are turned off during experiences with psychedelics, meditation, and the mental state known as Flow.

The mystical is chemical. When these egoistic brain centers shut down, crosstalk occurs between neural regions that don't otherwise communicate. Religious literature has expressed the sentiments that result for eons: unity, serenity, peacefulness, compassion. Given the frayed wires so many humans grapple with today, I'm not sure what could be more therapeutic, or spiritual, than this.