American clergy members get a tax break thanks to Code Section 107(2), which allows that “ministers of the gospel” exclude housing allowances from their taxable income. 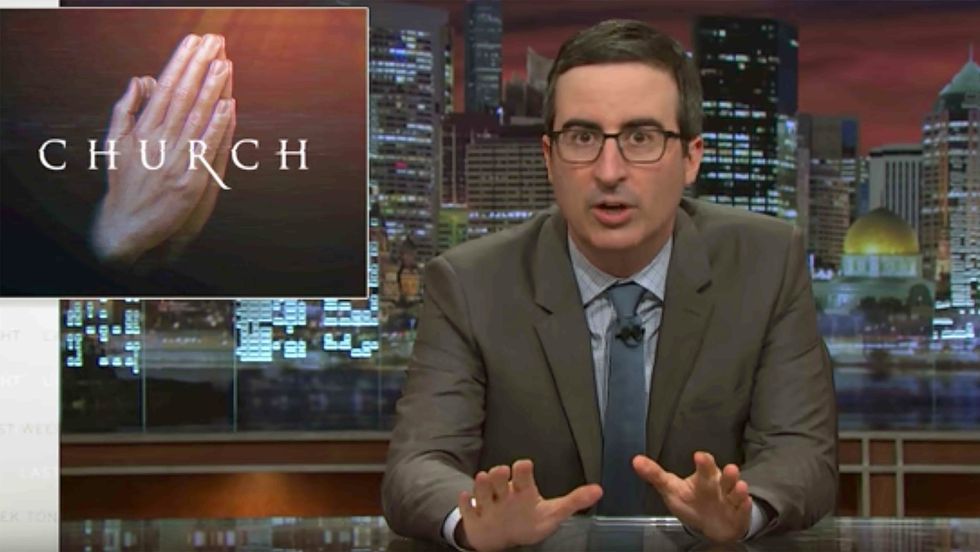 Since 1954, American clergy members have gotten a tax break thanks to Code Section 107(2), which allows that “ministers of the gospel” exclude housing allowances from their taxable income. The code isn’t limited to priests—imams, rabbis, and other religious leaders are exempt. This might soon change thanks to a ruling by U.S. District Judge Barbara Crabb, who ruled that the code is unconstitutional.

This isn’t the first time Crabb has handed down this decision. She ruled the same exemption unconstitutional in 2013, but the 7th U.S. Circuit Court of Appeals reversed her decision due to the fact that the plaintiffs—Freedom From Religion Foundation—had no standing. FFRF’s contention was that the tax code discriminates against the secular workforce, favoring religious workers, which is a violation of church and state.

And so FFRF requested the exemption in 2015. They were rejected, giving them standing. They then filed the lawsuit again, and again have been successful. In her ruling, Crabb writes,

Although defendants try to characterize § 107(2) as an effort by Congress to treat ministers fairly and avoid religious entanglement, the plain language of the statute, its legislative history and its operation in practice all demonstrate a preference for ministers over secular employees.

When the code was first passed in 1954, Democratic congressman Peter Mack from Illinois did not mince words as to why this exemption needed to pass, which, in reflection, does not help win the separation of church and state argument:

Certainly, in these times when we are being threatened by a godless and anti-religious world movement we should correct this discrimination against certain ministers of the gospel who are carrying on such a courageous fight against this.

This is no small tax exemption. It is estimated that the US government will lose $810 million in 2018 (expected to increase to a billion by 2023) in taxes. And it might even extend beyond that. One criticism is that clergy can “double dip”: they buy a home with untaxed income, then deduct the interest on mortgage and property taxes.

Joel Osteen, the pastor of Lakewood Church, stands with his wife, Victoria Osteen, as he conducts a service at his church as the city starts the process of rebuilding after severe flooding during Hurricane and Tropical Storm Harvey on September 3, 2017 in Houston, Texas. Pastor Osteen drew criticism after initially not opening the doors of his church to victims of Hurricane Harvey. Harvey, which made landfall north of Corpus Christi on August 25, dumped around 50 inches of rain in and around areas of Houston and Southeast Texas. (Joe Raedle/Getty Images)

Crabb’s ruling will not go unchallenged. Even if her decision stands, religious organizations will have until 2020 to amend this new tax into their budgets by, say, increasing clergy salaries. As often happens, the predominant number of spiritual leaders losing out are those who already underpaid, while megapastors and televangelists make up the bulk of the tax break.

Becket Law, which represents Chicago pastor Chris Butler, has already announced its intention to appeal the ruling. The agency claims that Butler is a stalwart of his community, serving through “gang ministry, homeless outreach, and youth programs.” Indeed, this is what tax exemptions for the religious are created for: to give a break for those doing charitable work. Still, there is a culture skepticism about the church and charitable services. My first article for this site, which is about taxing churches to bring in $71 billion a year in additional revenue, has been shared over 70,000 times. Sadly, though, megapastors flaunting the benefits their prosperity theology have afforded them is not the same thing as small town clergy who are really doing the work their religion professes.

One pastor wrote me shortly after my article was published, reminding me that most clergy barely scrape by and not to judge the entire profession by the few who economically benefit. This is an important point. For those engaged in charitable work, such an exemption makes a real difference. Unfortunately no clear line exists. Should there be an income cap for tax exemption? Federal reporting on charitable works? The bureaucracy is already confusing enough.

The language of Crabb’s decision avoided such discussion, however, focusing on secular workers, not the paychecks spiritual leaders receive:

There are many groups of professionals who “often” need to live near their work and be on call even when they are not working, such as certain types of healthcare providers, hotel managers, maintenance staff, funeral service directors and many others. However, none of those groups receive a categorical tax exemption for housing expenses as ministers do.

Whether or not Crabb’s ruling will sustain remains to be seen. The line between church and state has always be contentious, and this latest battle in defining the boundaries could cost religious institutions, and their leaders, a lot.