How to make $71 billion a year: Tax the churches 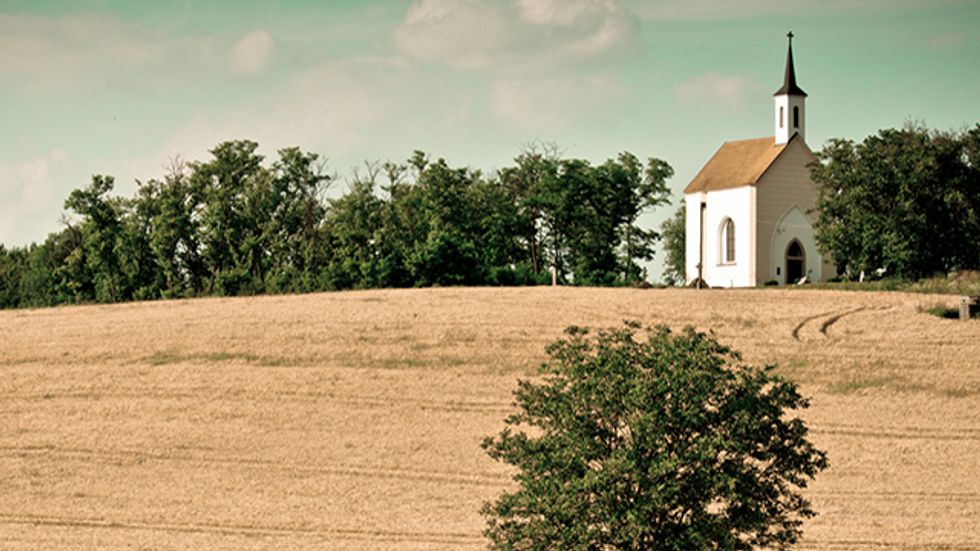 While the desire to tax churches is not new, it seems as far from reality as possible at this moment. As has been commented, no atheist could possibly hope to win an election in today's political climate—a freethinking man like Robert Ingersoll would have no influence with the majority of our electorate. Our cultural dependency on the necessity of faith is affecting our society: According to a University of Tampa study, not taxing churches is taking an estimated $71 billion from our economy every year, and this fact remains largely unquestioned.

The general argument over why churches do not pay taxes goes like this: If there is a separation of church and state, then the state (or fed) has no right to collect money from the church. In exchange, churches cannot use their clout to influence politics. While this would seem to make for cozy bedfellows, it's impossible to believe that none of the 335,000 congregations in the United States are using their resources for political purposes, especially when just last week the Kansas governor called for a 'Day of Salvation' in his state.

Churches not paying property and federal income taxes (along with a host of others, including reduced rates on for-profit properties and parsonage subsidies) is filed into that part of our brain marked 'always been.' Never mind the conundrum that the most religious are often the most patriotic—what could be less patriotic than not paying your fair share for the good of the country, especially when church structures and those who work for them use the same public utilities as the rest of us?

As noted in the Tampa study, churches fall into the category of 'charitable' entities. This is often a stretch. The researchers calculated the Mormon church, for example, spends roughly .7% of its annual income on charity. Their study of 271 congregations found an average of 71% of revenues going to 'operating expenses,' while help to the poor is somewhere within the remaining 29%. Compare this to the American Red Cross, which uses 92.1% of revenues for physical assistance and just 7.9% on operating expenses. The authors also note that,

Wal-Mart, for instance, gives about $1.75 billion in food aid to charities each year, or twenty-eight times all of the money allotted for charity by the United Methodist Church and almost double what the LDS Church has given in the last twenty-five years.

Which brings us to the second category of giving, or 'spiritual charities.' Unfortunately, churches do not meet the requirement of a charitable organization for tax purposes. Here's why: Church employees pay taxes on their salaries (although clergy get a handful of write-offs that the commoner cannot, including their physical living expenses). Therefore, when they are doing things like praying for god's intervention or to heal sick children, that's not charity. They're doing what they are paid to do.

The most important distinction the study makes, however, is the difference between physical and spiritual assistance. There's an Internet meme of a pair of white adults handing bibles to African children, while the children ask how they can eat them. Prayers may make those praying feel good about themselves, but do nothing to eradicate poverty or feed the meek. I'm not sure what glitch in human psychology allows us to confuse the two, but the longer we do, the less actual assistance we can offer.

Yet this is the vicious feedback loop we've found ourselves in. Today's religious entities offer either a) abundance (in the style of Joel Osteen/Creflo Dollar) or b) salvation (the fantasy of heavenly return); we donate or tithe for such services; they grow bigger and wealthier while expanding their power, using a considerably small amount of revenue for real-world charitable work. More always wants more, because more can never have enough, regardless of the mask it wears.

A main GOP talking point against raising taxes on the wealthiest Americans is that it wouldn't raise enough revenue to put a serious dent in the deficit. But it's a start, despite their claims that it would ruin trickle-down economics. The same holds true with taxing churches. Seventy-one billion dollars a year would not wipe out the current total debt of $16.369 trillion. Yet it would hold church leaders accountable for their political participation, and bring them back to the same level as the 'rest of us.'

Our current Congress has passed a record number of abortion restrictions. Mormons may be light on charitable givings, yet they have deep pockets for opposing gay marriage. Such 'culture war' issues affect policy, and policy is the realm of the state. Telling a woman what she cannot do with her body and stopping two people from partaking in ceremony has nothing to do with charity. If anything, it's the exact opposite.

Church leaders have every right to express their opinions and help craft legislation while influencing public sentiment, so long as they play by the same rules as those they preach to. We have to understand the difference between real help and the imagined rules of gods. The world does not need more bigotry masquerading as spirituality. It needs actual charity, the kind that does not demand a reward. Taxing churches is one step in that direction.