It's time to integrate psychedelics into therapy

As more research on psychedelics appears, we need to take their therapeutic potential seriously. 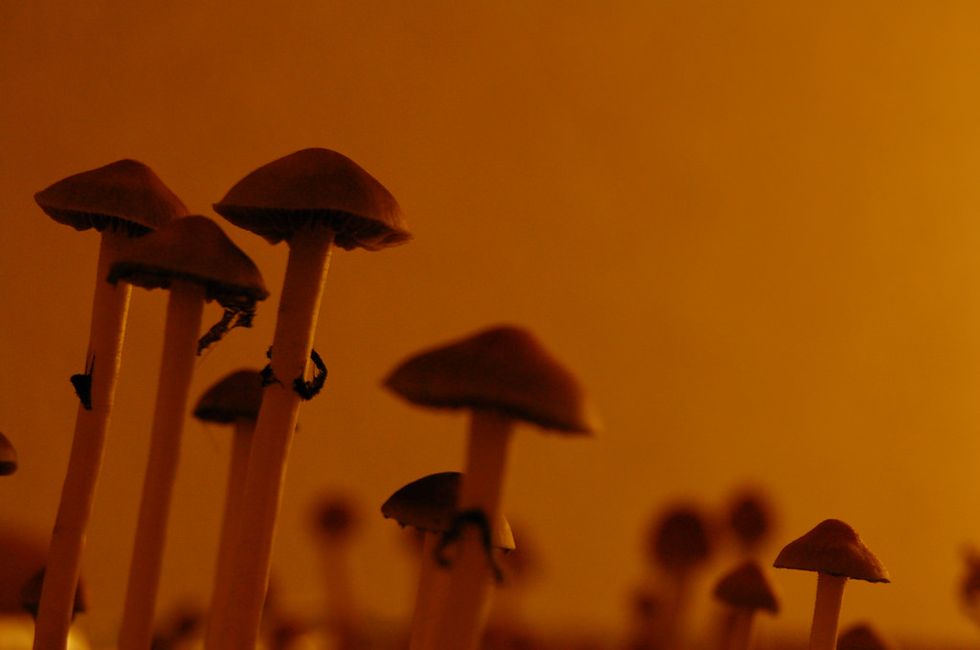 Nuances in psychological disorders are difficult to understand. While researchers are becoming more apt at discovering the neurochemistry of emotional turmoil, too many variables—many relating to trauma, genetics, and environment—make a silver bullet unlikely. Add in the placebo effect and it’s unlikely we’ll progress far with any singular remedy.

Or maybe we’ve just been looking in the wrong places. Though it was swept into the pile of supposedly useless (but highly addictive) substances during Nixon’s war on drugs (and on the radicals and minorities who consume them), lysergic acid diethylamide (LSD), along with other Schedule 1 substances—cannabis, psilocybin, and ecstasy—are proving quite therapeutic indeed.

Researchers at the University of Zurich recently dosed twenty-four volunteers with 100 micrograms of LSD (or a placebo; or LSD alongside ketanserin, which blocks LSD’s effects) and scanned their brains. The volunteers were instructed to make eye contact with an avatar while inside the scanner. Only the LSD group exhibited proof a reduced sense of self, which the researchers believe could help patients suffering from a variety of emotional disorders, including depression.

As Robin Carhart-Harris, who holds the wonderful title of head of psychedelic research at Imperial College London, says:

The result appears to back up the view that an important brain network linked to our sense of self or ego is particularly affected by psychedelics, which may explain why they can alter consciousness so profoundly.

Psychedelic art has long been in circulation, signaling a shift in consciousness after ingesting these substances. This shift could help reduce psychological disorders by changing our relationship to our environment—and our "self." (Photo by flickr user sa71ar)

A change in a variable can shift your mood. Such shifts produce chemical reactions inside of your body. A chicken-or-egg dilemma: Does the chemistry create the mood or does your interaction with your environment, “life situations,” alter your chemistry? A definitive answer might never arrive given the interdependence of our identity with our environment.

That’s the feeling Lauren Slater gets. The author and psychologist devotes two chapters (and part of the epilogue) of her latest book, Blue Dreams: The Science and the Story of the Drugs That Changed Our Minds, to discuss the therapeutic possibilities of psychedelics. Ironically, she’s never taken one—her longtime battle with depression has kept her on a variety of SSRIs, which blunt any effect a psychedelic might have.

Yet that doesn’t mean she’s not curious. As she recently told me,

I’ve been interested in them for a long time because when they’re done the right way, their potential to enlarge the human mind and human spirit is just so vast.

The “right way” is not throwing LSD into the punch bowl. Set and setting, as Timothy Leary would say, are necessary. So are the people joining in. While Leary was an advocate for the transformational elements but not necessarily clinical study (or at least he confused the two), an entire crop of serious researchers are looking into psychedelics as potential interventions for depression, anxiety, PTSD, and addiction.

So far these substances are standing up to scrutiny. Research on psilocybin is proving effective for those in hospice care.  This has larger social consequences, as contentment is not as socially lauded as happiness, romance, or money, the lack of which helps lead to depression.

Still, those facing their final days were comforted by their experiences on psilocybin. They underwent the same loosening of identity, which made them feel an integral part of a larger community, not an isolated island about to sink. This profound effect can do wonders for anyone at any stage of life.

The above study is not the only showing promising results with LSD. Other research has shown that the substance deactivates your brain’s default mode network, which is another way of saying your ego dissolves.  While many religious practices advocate such mental fortitude, the fact that psychedelics create this feeling is a boon that should be more thoroughly explored.

Which is why Slater is recommending them. As I previously wrote, she points out that even though prescriptions for anti-depressants are rising, so is the number of depressed people. That’s not a winning formula.

Psychedelics have long been used in rituals. Slater believes we should continue this practice. Under proper supervision and with the right intention, teenagers could undergo a powerful experience at a pivotal junction in the formation of their identity. She even speculates on another intervention:

Imagine our political leaders taking psychedelics and feeling the intense interconnectedness of all life. This ridiculous wall that Trump is building—we would all be so against it because we would know that there isn’t any such thing as a wall that certain people can’t come over. There are no walls when you take a psychedelic.

For many people suffering from depression, pharmaceuticals provide necessary relief. Slater says they’ve both saved her life and ruined it, given the side effects that decades of SSRI usage cause.

She also writes that sometimes a disorder is created and then an entire population suddenly suffers from it—attention deficit disorder is one such example. Of course, this is usually dependent upon a recently patented drug that happens to treat the problem. Our minds are more malleable than we think.

While prescriptions for anti-depressants rise, so does the rate of clinical depression. (Photo by flickr user Mario Kociper)

Psychedelics have a long, in some cases ancient, track record. Shamans were tribal psychologists long before couches were used; their transformational tools involved the plants around them. In making its decision, the US government was wrong: these are not addictive substances. Yet they are potent. Given the mess our health care system is in, we need to integrate substances such as psilocybin, LSD, ketamine, ecstasy, ayahuasca, and cannabis into our toolbox, provided they stand up to clinical scrutiny.

After reading her insightful book and chatting about a range of topics with Lauren, I was struck by how well she describes the psychedelic experience having never experienced one herself. Perhaps being so in tune with her inner world has expanded her imagination. When I mention this to her, she replies,

I can imagine them very vividly, but it’s not the same as actually getting to take them. I think if I could actually get to take a psychedelic, a lot of what I fear would go away. And I think I would be a better person because of it. But I do understand I have a sort of intuitive understanding of what they do.