Yes, Implicit Bias Exists — No, That Doesn't Make You Racist

Our inherent response mechanisms were programmed long ago; implicit biases are reactionary, volatile, largely under the radar of conscious awareness. They do not imply blanket racism. 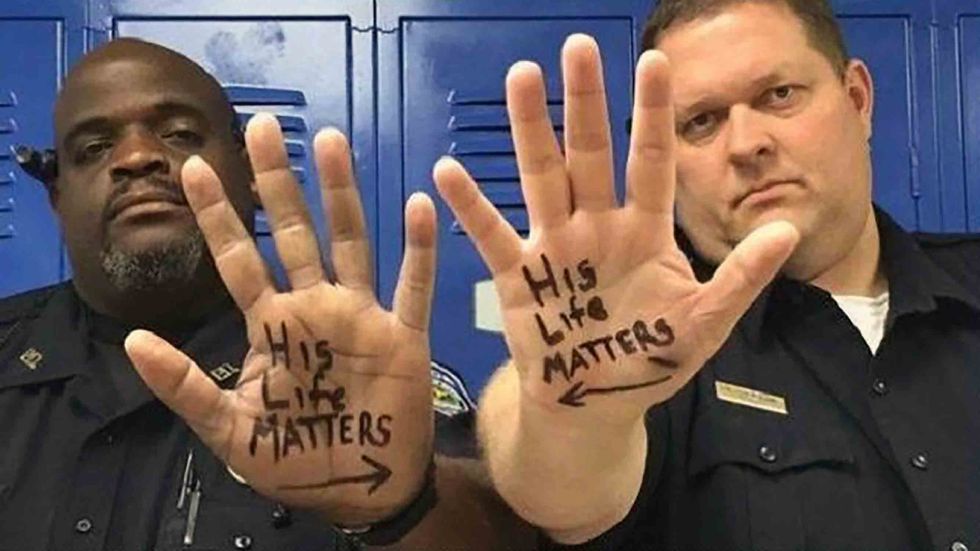 When I posted an article about an initiative by a small airline offering ‘child free’ rows, I knew comments would start pouring in. More than even a heated political campaign, offering suggestions on parenting is certain to bring Thor’s hammer down upon you.

This is not surprising: human beings are implicitly biased, especially in regards to family. Never mind that, as expected, a number of commenters did not actually read the article, thus shadowboxing invisible demons. Our inherent response mechanisms were programmed long ago; implicit biases are reactionary, volatile, largely under the radar of conscious awareness.

That doesn’t mean these behaviors are not learned. Implicit bias is considered “relatively unconscious and relatively automatic features of prejudiced judgment and social behavior.” By the age of six we’ve started to make unconscious associations with certain racial groups based in fear or other negative affects. Implicit racial bias has been linked to activation of our brain’s amygdala, which governs our fear response. It’s also how we learn emotionally—hence, when seeing someone ‘suspicious’ that ‘doesn’t feel right.’

Implicit bias covers a range of responses; many examples are rather benign. For example, we’re easily swayed by advertising campaigns. When a company claims ownership of a term—Q-tip versus cotton swab; Google versus internet search—everyday vernacular biases us toward using that company. When we learn a route to work, we tend to stick with it.

Implicit bias is a relatively new field in the social sciences; it helps explain where biases such as racism stem from. While such roots might in part rely on this internal GPS, confusing implicit bias and racism as interchangeable is a mistake Mike Pence didn’t seem to grasp at the vice-presidential debate last week. This confusion of terms has some social scientists worried.

In conflating the two concepts Pence reiterated a common but false talking point: certain segments of the population cannot be implicitly biased. If Pence meant to imply that some people might not be racist, he is correct. But that’s not what he said. As noted in the NY Times article,

Implicit bias is the mind’s way of making uncontrolled and automatic associations between two concepts very quickly. In many forms, implicit bias is a healthy human adaptation — it’s among the mental tools that help you mindlessly navigate your commute each morning. Food is one common example in which implicit bias often plays out. If you walk into a deli to buy a bundle of greens only to discover a wilted and brown selection, you might wait a few days to make that purchase at the local farmer’s market. While your decision is based on perception, a feeling arises about whether or not to head to the counter.

Implicit bias translates to all sorts of behavioral patterns, from the people you allow your children to hang out with to the partner you marry. Now that implicit bias has made its way on the national stage as a debatable talking point, chances are credible research regarding what causes it and how it operates might suffer.

Implicit bias is just one of many psychological processes that shape how we interact with one another. We also tend to be better at remembering the faces of people in our own racial group, or to subconsciously favor people in our group. The fear of being stereotyped psychologically weighs on people.

For an example of how implicit bias can be transformed into racism, let’s visit Bill O’Reilly. In a recent Watters’ World segment on his show, Jesse Watters heads to New York City’s Chinatown to discuss politics. What follows is a cacophony of gaffs that in any other neighborhood would be considered racist: making fun of accents, assuming everyone knows karate (a Japanese discipline), believing everything is manufactured in China. If Watters filmed in Harlem or Washington Heights a very different segment would have unfolded. As O’Reilly quipped, “it’s all gentle fun.” Pence believing implicit bias equals racism is a false equivalency; O’Reilly not realizing that “gentle fun” is racism is an example of implicit bias turned explicit:

Much of the time, these biases and their expression arise as the direct result of a perceived threat. When people feel threatened, they are more likely to draw group boundaries to distinguish themselves from others … White people … express more negative attitudes toward Asian Americans when they perceive an economic threat.

Explicit bias, which serves as a firm foundation for racist attitudes, can be consciously regulated through mindset training. Implicit bias is more nuanced. As mentioned in the Times article, people attending sensitivity programs might believe themselves ‘cured’ and hence continue to act with reprehensible yet unconscious patterns. Two recent examples are Airbnb hosts and Uber drivers refusing to rent to or properly tip people of other ethnicities.

Attempting to wish away unconscious processes is futile. Implicit bias is part of the foundation of racism, but it is not a synonym for it. Pence’s confusion on this topic alienates us from understanding how such biases operate in our collective subconscious. Unraveling hate and abject bias has been a work in progress for countless generations. If we hope to make actual progress, the first place to start is defining the terms—something Pence failed to do during his first shot on the big stage.