How Do You Know If You're Beautiful?

In his new book, James Hamblin looks at how we treat our bodies, internally and externally. 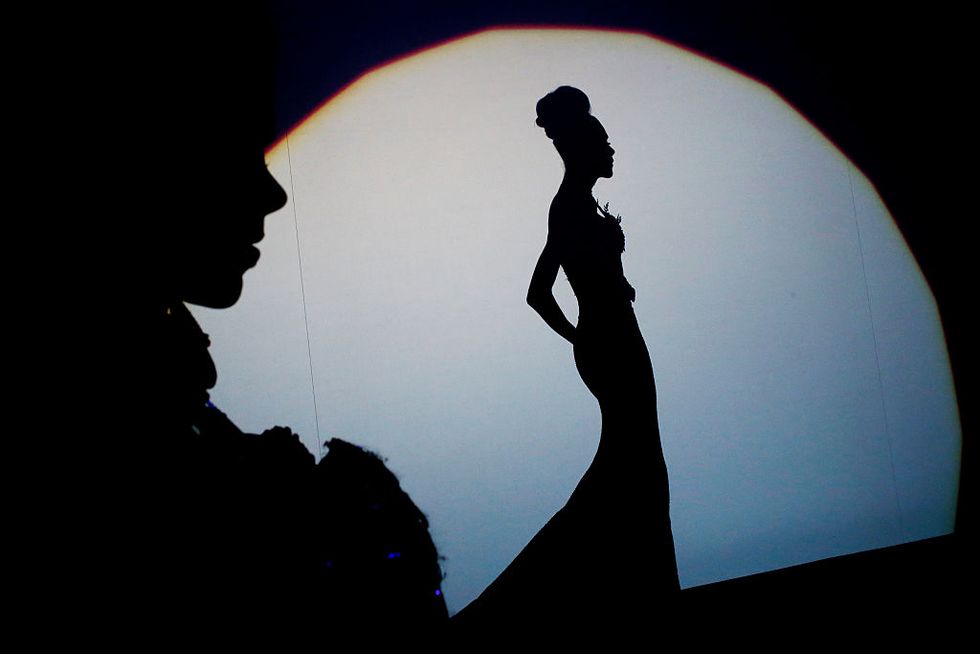 A participant poses on the stage during the Miss Trans Star International beauty pageant in Cornella de Llobregat on September 18, 2016. Pau Barrena/AFP/Getty Images

In the seventeenth century André Félibien chronicled the arts and served as court historian to Louis XIV. Among his many musings he penned detailed descriptions of ideal beauty, with Venus as his perfect totem. Among the prescriptions he wrote that a woman’s hips must be wider than her shoulders and should “go down rounding.”

The beholder is not the only bearer of beauty standards. It is a cultural phenomenon, open to constant interpretation and redefinition. Plumpness was a vaunted feature of the Victorian era; it displayed health and wealth. Given the phenomenon of “butt augmentation,” in some circles it still is. (Looking at you, Brazil.)

Of course, beauty has many negative connotations. Foot binding and high heels wreak havoc on feminine self-esteem (and their spines). The modeling industry inadvertently though unapologetically causes numerous eating disorders when demanding women exhibit the curvature of twelve-year-old boys.

What about unique architecture like, say, dimples? The zygomaticus is the muscle responsible for turning our frowns upside down. Certain people have shortened zygomaticus muscles, some with forked ends, resulting in dimples. People with them often hate it; those without want them. Humans excel at bodily insecurities.

In his new book, If Our Bodies Could Talk, James Hamblin investigates the nuances and neuroses surrounding beauty. A doctor and senior editor at The Atlantic, he covers a range of topics many encounter but few seek answers to, including:

He even covers misophonia, an auditory ailment which I’ve suffered from my entire life but didn’t know was a ‘thing’ until four years ago. (The sound of people chewing makes me want to incite violence.) It’s just one of the innumerable aspects of our complex relationship to the environment (and ourselves) Hamblin dissects.

Speaking of dissection, back to dimples. For nearly a hundred years crafty marketers unsuccessfully pimped dimple machines and techniques. A decade ago a Beverly Hills surgeon decided that for $4,000 he’d bypass nature and suture the cheek’s buccinator muscle to create the illusion of a dimple. Since Beverly Hills cannot exist without illusions, Gal Aharonov’s twenty-minute procedure caught on. Wildly.

Interestingly, Aharanov rarely performs the surgery today. He estimates his success rate to be roughly 90 percent. The 10 percent that turned out asymmetric weighed on his conscience. While it’s no longer his ‘thing,’ he still receives between twenty and thirty calls a day from women that believe their zygomaticuses are simply too long.

Beauty is not only contextual, it’s constructed. Hamblin writes about a Polish businessman with the exceptional name of Maksymilian Faktorowicz who had the remarkable foresight that no one would remember his name when he opened a ‘beautification establishment’ in Los Angeles in 1909. His expertise resided in judging ‘abnormalities’ in women’s (and some men’s) faces.

Max Factor was born alongside his machine, the ‘beauty micrometer,’ which looks like a Medieval torture device, screws implanted along the scalp, cheeks, and forehead. He’d strap eager customers in, portend invisible flaws only his magical machine could reveal (with him being the machine’s translator), then sell them makeup—a term he coined. Speaking of made up, Hamblin writes:

A device that tells people what’s wrong with them is predicated on an understanding of what is right. Max Factor’s approach is a textbook example of the sales tactic that is still so successful in selling body-improving products: convince people that there is a deficit in some concrete way, and then sell the antidote.

Sadly this time-tested technique is reliable. There is speculation as to what creates beauty, such as symmetry, which apparently denotes good breeding potential. Such biological mechanisms work beyond the range of conscious apprehension. The ‘Sweaty T Shirt Study’ is another: humans sniff out partners based on immune system deficiencies in hopes of creating healthier offspring. Such unconscious processes underlie our sexual proclivities, and therefore definitions of beauty.

Such arguments are difficult for a species that celebrates its free will—a concept we invented, defined, then declared ownership of. At root we’re still animals. If we think sniffing butts is a strange ritual we can only wonder what dogs think of our own.

This does not mean we have to be animals all the time, however. Nowhere is this more apparent in our definitions of beauty and, more importantly, the lengths we go in letting others know what beauty is not. For example, last night I was discussing a mutual friend with my wife. She mentioned that our friend has dated men who told her at the outset of intimacy, “You’re not usually my type.” Perhaps the men truly believed this aphrodisiacal prose was certain to inspire unbounded lust when it only perpetuates the false notion of a pre-existing beauty standard few actually attain.

For fourteen years I’ve moved bodies in yoga and fitness classes. Self-improvement, dopamine release, health—another topic Hamblin is particularly insightful on—there are numerous and varied reasons people exercise their bodies and minds. And there is a correlation between inner and outer beauty. When someone feels good their confidence spreads outwards. The need to cut open their cheeks (or shoot toxins into them) does not exist. Their genetic makeup trumps any cosmetic one.

Hamblin likens each human to a looking-glass self. How we understand ourselves is entwined with the perception of others. Surrounded by mirrors constantly, we’re also mirrors ourselves. He concludes:

We can’t always choose our mirrors, but we can choose the kind of mirrors we will be—a kind mirror, or a malevolent mirror, or anything in between.

Choose well. You never know what mirror will stare back.