No, according to Andrew Zolli, the author of Resilience: Why Things Bounce Back. In a recent talk given at the Aspen Ideas Festival, Zolli discussed how big data is being applied to analyze our use of Facebook Reactions–the set of emojis Facebook released in February 2016 to convey a broad range of complex emotions that translate universally.

As Facebook’s product manager Sammi Krug wrote at the time of the release, there “should be more ways to easily and quickly express how something you see in News Feed makes you feel.” Since partnering up with researchers at UC Berkeley to develop the emojis, the researchers have been able to track the prevalence of specific emotions used by individual countries.

What Zolli argues is that how a person truly feels may not correlate with the emotions they express on Facebook.

“The happiest places in the world are not where the most happiness is expressed. Using the happy icon did not correlate with the best indicators of social inclusion, social progress, and economic welfare.” 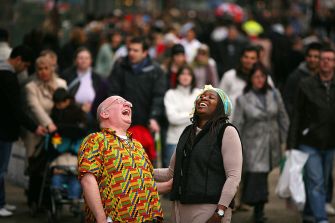 While many people are aware that Denmark ranks as the happiest country in the world, it is surprising to learn that North Koreans express high levels of happiness online (data prior to a ban on Facebook). According to Zolli, the disconnect comes from North Koreans displaying forced emotions that don’t reflect their authentic feelings. In other words, there can be a gulf between the amount of happiness users display and the amount they feel, and the disparity may be influenced by a country’s cultural norms and levels of expressive freedom.

“It was the diversity of emotions that a culture allowed its citizens to express that was correlated to the greatest degree of wellbeing.”

One limitation of Facebook Reactions is an end user’s inability to read the facial features of the other user. Scientists now estimate that we routinely make 21 distinct faces. In face-to-face communication, we are able to quickly pick up on the subtle nuances of the face that may drastically change the emotion conveyed. How do we know when a “Haha” conveys a belly laugh, a sarcastic snicker, or a forced chuckle? 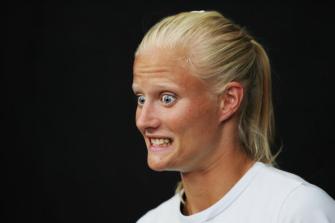 Is science destined to crack the code of consciousness—and how would we even go about it?
▸
8 min
—
with
Max Tegmark
Up Next
Health

Experts Call For Sugar to Be Treated As a Drug

Just like alcohol, nicotine and other narcotics, sugar tickles our dopamine receptors in just the right way, inspiring our brain’s reward system. How will this end for us?