How Do Companies Engineer Our Unhappiness?

In The Hacking of the American Mind, Robert Lustig holds up a much needed mirror to our consumption habits. 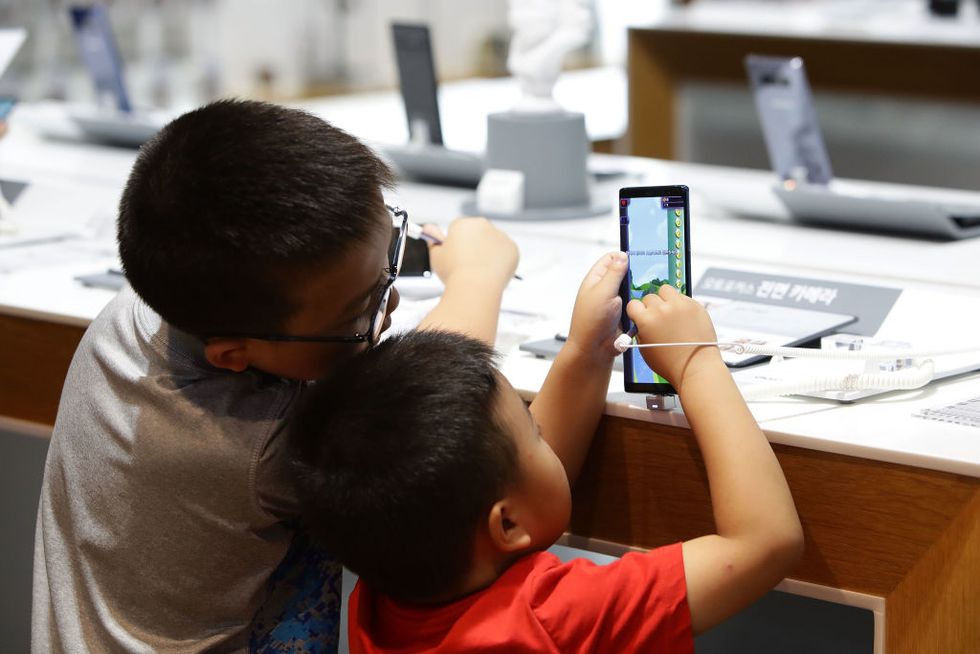 Though Robert Lustig is best known for his role as a pediatric endocrinologist—his 2009 lecture, “Sugar: The Bitter Truth,” has been viewed on Youtube over 7.3 million times—he conducted six years of postdoctoral research in science at Rockefeller University; he also worked in a neuropharmacology lab at MIT as an undergrad. He may have made his mark in neuroendocrinology and childhood obesity, but he began his career studying the brain.

This was back before imaging data and MRI were available. Still, over thirty years ago, he recognized a behavioral connection between dopamine and serotonin. This chemical awareness remained in the back of his consciousness until he was working on his first book, Fat Chance, a scathing critique of the sugar industry and addiction, in 2011. A few year later he was leading psychiatric rounds when he met a recovering heroin addict.

The woman told him she had found pleasure in kicking heroin. Lustig raised an eyebrow. Heroin provides pleasure. Sobriety offers contentment. In other words, heroin is dopamine, recovery serotonin. This woman had it backwards. She was confusing her newfound happiness with pleasure.

Do words matter? Lustig thinks so. His new book, The Hacking of the American Mind: The Science Behind the Corporate Takeover of Our Bodies and Brains, depends on this argument. Happiness originally meant to be content. We’ve become so accustomed to the immediate reward offered by dopamine—through food, technology, pharmaceuticals, and other salable means—we’ve forgotten true happiness arises from the slow unfolding of contentment. His book is an attempt to take the word back.

First, Lustig had to understand how the word has been coopted. As he recently told me,

If you’re told by every TV commercial and everybody you know that you’re unhappy, to ‘buy this and you’ll be happy,’ you start to believe them. But it doesn’t make you happy; it actually makes you unhappy. It works for industry because it gets you to buy more, but it doesn’t work for us.

The root of happiness is hap, which means “luck.” Words such as happenstance and perhaps express chance occurrences. Lustig believes the original intention of happiness should be more akin to Aristotle’s term, eudemonia, which the philosopher coined as a synonym for “contentment.” Lustig admits happiness has a cultural connotation—a Christian and Buddhist might define the term quite differently. Given the global uptick in addictions and psychological disorders, a redefinition makes sense.

Lustig uses Nicholas Freudenberg’s “corporate consumption complex”—tobacco, alcohol, food, guns, cars, and energy—as an example of companies selling us “hedonic substances”: products that go above and beyond our survival necessities that simultaneously tap into our brain’s reward pathway, which is in stark contrast to its contentment pathway.

In the reward pathway, dopamine is the vehicle of communication between our ventral tegmental area (VTA) and nucleus accumbens (NA), the region that attends to rewards. The NA is a “learning pathway.” Habits are formed here. If a habit brings us pleasure we repeat the routine. Hello one-click. Endogenous opioid peptides (EOPs) are released when engaging in this routine. If that term sounds familiar, that’s because it’s the same pathway morphine and heroin use to generate pleasure. As with those substances, social media and shopping feel good until we need a stronger, then a stronger dose, until we’re hooked. We never have enough because more just feels so good.

The contentment pathway is altogether different. The dorsal raphe nucleus (DRN), located in the midbrain, sends serotonin through the cerebral cortex. The result is not the quick rush of pleasure, but rather the relaxed sensation of feeling at ease in your skin. You don’t need more because you realize you already have so much.

Unfortunately, the dopamine loop is more seductive. When I mention the recent New Yorker investigation of the Sacklers, the family that engineered the opioid crisis while taking no responsibility for their aggressive and misleading marketing of Oxycontin, Lustig replies,

I have talked with many Coca-Cola executives who will not let their children drink it.

Which is reminiscent of the Facebook “like” creator disconnecting from technology and Steve Jobs refusing to let his kids use an iPad. Earning billions of dollars from addictive products while avoiding the trappings of those products is morally bankrupt. Lustig tells me it’s rather clear-cut, though. In October, 2013 he spoke to the Mexican government about the possibility of a proposed soda tax. In a closed door session he was told,

We don’t care who lives or dies; it makes no difference. It’s about the money. You have to show us how this is going to either make us or saves money.

Lustig did just that. The tax passed in 2014. Two years later it appears that besides saving nearly 19,000 lives, revenue from the tax will save nearly a billion dollars in health care costs. The data are there. The challenge is getting companies and governments to pay attention.

Which is the opposite direction America is headed. Lustig writes that the American processed food industry rakes in $1.46 billion per year, with 45 percent being profit, while the health care system spends $3.2 trillion, with 75 percent of the diseases treated being avoidable. The imbalance is stark. We pay into a destructive food system that we again pay into at the other end. Though the numbers are clear, we’re doing little about it.

While Lustig is refreshingly critical of various industries throughout his book, his “Four C’s” are prescriptive:

The Hacking of the American Mind is an empowering observation of the modern American mindset, one that has been engineered to keep us consuming from birth to death. Reverse engineering our way out of this mess requires a diligent resurgence of serotonin. Patience has long been considered a virtue. For it to work, we have to employ it. As Lustig shows, now is the perfect time to do so.