New research in psychedelics is showing them to be a powerful antidote to depression. We need to implement them into therapy. 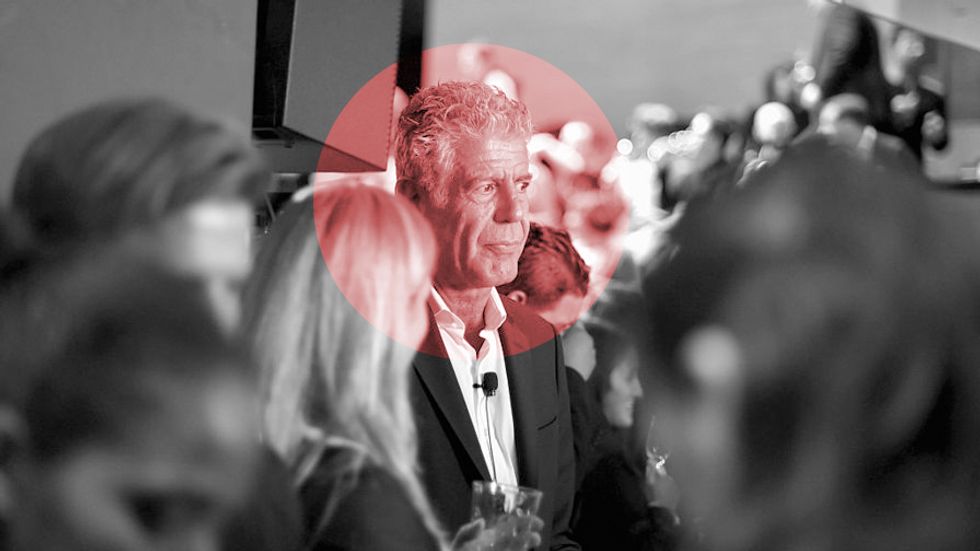 When asked for advice on how to achieve success, Anthony Bourdain said not to turn to the market. Instead, he continued, ask what you’re good at, what’s interesting to you. Look for what you appreciate about the work itself, not the reward.

Bourdain was expressing the fact that he was looking for meaning in life. Last year, he told David Remnick—the New Yorker editor who published the 1999 article that made Bourdain famous—that, upon entering the public spotlight, he implemented a “no asshole” rule. If the phone rings at 10 pm, no matter how much money was on the line, Bourdain never wanted to regret having to talk to that person. Money was secondary to enjoying life; he knew it could be an impediment. He felt that time was too precious to waste.

In his new book on psychedelics, How to Change Your Mind, Michael Pollen writes about Patrick Mettes, who, while suffering from bile duct cancer decided to end his grueling chemotherapy regimen. Death was imminent. Mettes had heard about an NYU study in which researchers were distributing a synthetic form of psilocybin for terminally ill patients undergoing “existential distress.” Against the wishes of his wife, he decided to enroll.

During the last days of his life, Patrick’s wife, Lisa, was the one being consoled. Mettes, who had never taken a psychedelic before, underwent a transformative experience. His life was suddenly filled with meaning, while the mindset switch—the deactivation of the parts of his brain related to ego, which is, in large part, how psychedelics work—made death a less harrowing prospect. Mettes died content, filled with gratitude.

Bourdain did not have the same experiences on LSD, though he admits that it made him “more open-minded.” It also empowered him with a greater sense of empathy, which might have later influenced his role in introducing hidden cultural landscapes to new audiences. Even though Bourdain never took LSD again, he continues,

"I think that it’s a drug with a lot of positive things to be explored and a lot to be said for it."

Bourdain and Pollan were born a year apart. Both were quite young during the psychedelic revolution of the sixties. The rebellious Bourdain experimented while Pollan kept his distance, until researching his latest book, that is. Cultural climate matters when it comes to psychedelics—the famous “set and setting.” Plant and fungal matter that create such neurobiological phenomenon cannot be taken lightly. There’s a reason these substances were used in ritual settings for thousands of years. Recreational use has dangerous consequences.

While I’ve used (and continue to use, on occasion) psychedelics, the bulk was done in college. The risk of being caught loomed every time I ingested (or “dropped”) LSD, psilocybin, or mescaline, resulting in a frustrating undertone to the experience. Once a college security guard approached a friend and I “painting” a blank wall in Voorhees Mall; we ended up chatting for hours about art and life, though the whole time we were waiting for reinforcements to arrive. (They never did; he was a grad student and likely knew what was going on.) When you’re undergoing a transformative experience under duress it’s challenging to let go and enjoy the moment.

Which is important, because psychedelics are being therapeutically reevaluated, not a moment too soon. As Pollan highlights, much of the research being conducted is not new, but a return to what the studies of the forties and fifties, when the Swiss-based Sandoz Laboratories would ship LSD-25 to any researcher who wanted to find a potential application. They knew their chemist, Albert Hoffman, had isolated something important. They just didn’t know what.

Much of modern medicine is predicated on the idea that a substance has to have biological specificity in order to be effective. This is ironic, considering our current “best” treatment for depression (outside of talk therapy), SSRIs, targets serotonin in the brain, even though 95 percent of our body’s serotonin is produced in the gut. An entire holistic market rightfully, if somewhat unsoundly, exists for treating depression and anxiety through diet. Big Pharma would never admit that such an approach is feasible. They have too much invested in their means, even if their means are proving more and more ineffective.

Pollan notes that there's been no major breakthrough for treating depression since the dawn of SSRIs. As Lauren Slater, author of Blue Dreams (and longtime SSRI taker), told me earlier this year, as prescription rates have gone up so have rates of depression. So have suicide rates, increasing 28 percent from 1999 to 2016. The common sentiment is that Bourdain and Kate Spade had it all, but obviously that's not true. None of us are qualified to psychoanalyze and pontificate over what was missing—as I wrote about earlier this week, there is no singular cause for suicide—but depression is the leading culprit for taking your own life. Our medical interventions are not working; we need to expand our boundaries of the possible.

One commonality among those contemplating suicide is a lack of meaning in life. Someone doesn’t care about them, the world doesn’t care, they’ve been hurt and no bright future is ahead. Clinically, depression is tied with a lack of hope. Since there is no “hope neurotransmitter," pinpointing one brain region or chemical is unlikely to work. We need a holistic approach to healing, one that psychedelics offer.

A shaman in the Coafan region boils leaves for their psychoactive properties as used in ayahuasca, Ecuador, 2009. (Photo by Wade Davis/Getty Images)

Creating meaning in life is dependent upon hope, and it begins with the story we tell ourselves about ourselves. Consciousness, in part, is a continual narrative we both invent and listen to inside of our heads. And there are brain regions involved in that process, which is why Pollan sees psychedelics as a potentially potent therapy for when those interior voices go awry:

Getting overly attached to these narratives, taking them as fixed truths about ourselves rather than as stories subject to revision, contributes mightily to addiction, depression, and anxiety. Psychedelic therapy seems to weaken the grip of these narratives, perhaps by temporarily disintegrating the parts of the default mode network where they operate.

My psychedelic immersion forever changed how I view the world. Even today, my biannual retreats are a reboot, a recharge, a reminder—Pollan and others note that you don’t have to be depressed to receive benefits. As Bourdain mentions in the video above, not everyone should take psychedelics, and if you do, supervision and setting are important. Yet the potential impact they can make in one’s consciousness is extraordinary and should be researched broadly.

Many of the assumptions we’ve held as firm truths are being put into question in America. What we thought of as reality and the reality on our screens are not matching up. Yet what is frightening can also be liberating. Over the last half-century, the medical establishment, taking a cue from Nixonian politics, has viewed mental health through a narrow lens. To ignore emotions and narrative is to miss fundamental aspects of health—aspects we can no longer afford to overlook. For many suffering from depression, psychedelics might be the medicine they need.

If you or someone you know needs to talk to someone, call (800)273-8255, the National Suicide Prevention Lifeline, 24 hours a day. For international readers, a list of crisis centers can be found here.