Ellen Galinsky, President and Co-Founder of Families and Work Institute (FWI) helped establish the field of work and family life while at Bank Street College of Education, where she was[…]
Go to Profile 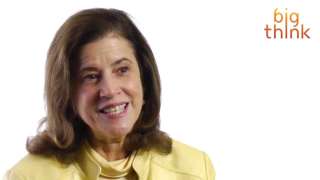 If Yahoo employees are not being as productive as they should be, that is a management issue, not a problem inherent with felxible work schedules.

Ellen Galinsky: I wrote a blog when the Marissa Mayer decision came out that she - that “all hands back on deck, and if you can’t hack it, quit.” I was so emotional about it that I actually wrote a blog on it. It was on the Daily Beast and that was their title, you know, “Yahoo Has It All Wrong.” I wouldn’t have said it quite that way but, you know, titles are titles.

I think that it’s clear that Yahoo has a problem.  Hey, you know, by some reports, there are people who aren’t logging into their computer, and there’s a lot of -- people aren’t being as engaged, productive as they should be and they’re not really working as hard. And the second problem is that they need all creativity, they need collaboration; they need innovation to surge ahead as a company.

I think that Marissa Mayer used a blunt instrument to tackle the two problems that are clearly problems. That is, if you – she did an all or nothing thing. No more flexibility. Well, if you got people who aren’t performing, that’s a management issue. That’s a performance issue. If people are not logging in, if people aren’t working very hard, and that can happen whether or not they’re in the office or working remotely, then you deal with that. You set performance standards. You make sure that they live up to their performance standards, and, if they don’t, they get fired. But if they do you give them, or they can, you give them a chance to improve.

If you need collaboration and you need innovation, then you can’t just assume that’s going to happen by people bumping into each other at the preverbal water cooler or coffee cup or whatever in the office. You have to create a forum to promote collaboration. And some of that collaboration absolutely happens by people seeing each other, bumping into each other, running into the next office or cubicle or open space or however the workspace is set up, and saying, “I have this idea. What do you think?” But some of it actually happens alone. Why do we have our best ideas in the shower, when you're taking the dog for a walk or, you know, if I'm struggling with something, it doesn't come to me in a group discussion. I have a group discussion, but then it comes to me alone.

And again, it’s this all or nothing approach. You need face-time; you need people to be together. But you also need people to have space and time where they can focus, where they can be not distracted and where they can pursue an idea. And you can use -- actually, they’re a technology company -- you can use technology to do that. IBM has World Jams. They will have a really tough, a real problem, you know, not a made up problem but a real problem. And they’ll put it out to their network who has good ideas for solving this problem. And then they’ll take some of the best ideas and form teams around them. So you can – and that's across the globe -- so you don't always have to be together to create innovation.

I think that, what I expect Yahoo to learn is that they’re going to have to provide some flexibility. I mean, I’ve been looking at some of the blogs that Yahoo people have been writing in. This was leaked, obviously, by disgruntled employees. And, you know, they’re saying, “Okay, if I have to be in the office at this time, does that mean that I’m not working at night?” So those boundaries, again, aren’t real clear. I expect that Yahoo will move back to a little bit of flexibility, well managed. What -- flexibility has to work for the employer and has to work for the employee. It’s not an all or nothing. Most people do not work at home all the time if they are allowed to. Most people – they work very sporadically at home. So it's, you know, they're only 3 percent of the U.S. workforce who actually work at home on a very regular basis. It’s a very small proportion -- more likely to be men than women, by the way.