Will robots have rights in the future?

Perhaps sooner than we think, we'll need to examine the moral standing of intelligent machines.

Peter Singer
Peter Singer is the Ira W. DeCamp Professor of Bioethics at Princeton University in the University Center for Human Values and Laureate Professor at the University of Melbourne, in the School of Historical and Philosophical Studies. He is widely considered to be one of the world’s most influential living philosophers.
14 December, 2019

PETER SINGER: If we become capable of developing artificial general intelligence at such a high level that we're convinced we have actually created a conscious being, a being who can not only sort of express desires or wants but actually feels something inside, has experiences, is capable of feeling joy or sorrow or misery. If we get to that point and I certainly don't think we're there yet but we may get there one day. Then there will be a lot of ethical issues because then we will have created beings like us. And the question has to be raised so do they then have rights like us. And I would say well, why not. If they really are conscious and if they're also able to think, understand themselves. If they're self-aware in the way we are then I think we ought to give as much concern and weight to their interests and their wants as we would give to any one of us.

I've argued that throughout history we have expanded the circle of moral concern from initially it just being our own tribe to a nation race and now all human beings. And I've been arguing for expanding beyond just human beings to all sentient creatures, all beings capable of feeling pain, enjoying their life, feeling miserable. And that obviously includes many nonhuman animals. If we get to create robots that are also capable of feeling pain then that will be somewhere else that we have to push the circle of moral concern backwards because I certainly think we would have to include them in our moral concern once we've actually created beings with capacities, desires, wants, enjoyments, miseries that are similar to ours.

Exactly where we would place robots would depend on what capacities we believe they have. I can imagine that we might create robots that are limited to the intelligence level of nonhuman animals, perhaps not the smartest nonhuman animals either. They could still perform routine tasks for us. They could fetch things for us on voice command. That's not very hard to imagine. But I don't think that that would be a sentient being necessarily. And so if it was just a robot that we understood how exactly that worked it's not very far from what we have now. I don't think it would be entitled to any rights or moral status. But if it was at a higher level than that, if we were convinced that it was a conscious being then the kind of moral status it would have would depend on exactly what level of consciousness and what level of awareness. Is it more like a pig, for example. Well, then it should have the same rights as a pig which, by the way, I think we are violating every day on a massive scale by the way we treat pigs in factory farms. So I'm not saying such a robot should be treated like pigs are being treated in our society today.

On the contrary. It should be treated with respect for their desires and awareness and their capacities to feel pain and their social nature. All of those things that we ought to take into account when we are responsible for the lives of pigs. Also, we would have to take into account when we're responsible for the lives of robots at a similar level. But if we created robots who were at our level then I think we would have to give them really the same rights that we have. There would be no justification for saying ah yes, but we're a biological creature and you're a robot. I don't think that has anything to do with the moral status of a being. 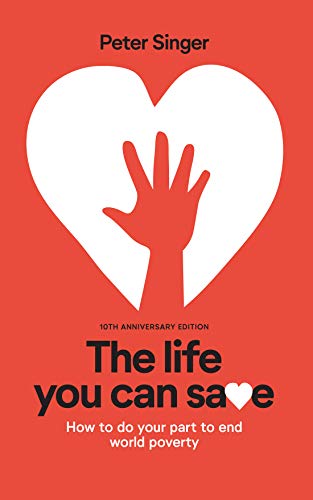