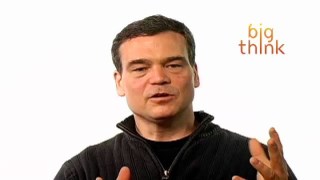 Why Politicians Need to Know History

The past doesn’t so much teach us specific lessons as give us an appreciation for the complexity of the issues we face.

Question: Why is it so important for politicians and policy makers to read history?

T.J. Stiles:  I think it's important for us today to have a deep understanding of the complexity of human affairs and the ways in which for example, business and law, and politics, and culture all intersect. And in Vanderbilt's lifetime for example, we see that the business world was very closely connected to changes in political values and changes in cultural values in American. Vanderbilt's early life wasn't simply about a poor farm boy who was lifting himself up by his bootstraps. It's about the end of an older hierarchical patrician culture in America that we had during the colonial era and that the revolution had helped to undermine and that the rise of a new competitive individualistic commercial marketplace helped really wipe out.

And that it was also closely tied to the new Jacksonian politics, you know, those very kind of individualist anti-hierarchical attitude towards society, towards business towards politics. It was all intersected and the ways in which, you know, early cultural and social, and political attitudes continue on and often the thread continues even though it kind of twists around and shows up in odd places. For example, in today's world we have the Tea Party Movement and people are often flummoxed that there's this kind of populism outrage at the government when in fact the great mass of people actually benefit from a lot of so-called government programs like Medicare and Social Security, but in fact, a kind of fear of a large central government started off in life in American History as a very radical idea because government originally would have intervened in the economy intended to grant favors to wealthy and patrician men.

And so the radicals said, “No, stop doing this. Keep the government out of the economy because we want every individual to rise by his or her own merits." And once you had big business - you had the rise of big business then that changed the playing field. And the political discussions started to change. Regulation became the radical view and yet there was an American culture still this idea, this kind of gut instinct that originated in a very different world, very different America. But it doesn't mean that the idea does, the kind of attitude toward government does. It kind of lives on and twist around and takes a different shape and so when I look at today's political landscape for example, I'm never dismissive of people's attitudes whether I agree with them or not.

I can see the fact that there are deep roots to them even when I disagree with them in many cases. All over the political spectrum there are ideas I agree with and disagree with but I can see how they have a historical life of their own in a sense. But, you know, more specifically I would like, you know, people who are involved in both in business also I think it's important for them to think about some of the issues that I mentioned about the CEOs responsibilities to shareholders, to regulators, to people who are policy makers in Congress for example to understand the complexity of the relationship between the large enterprise and the public sector. And that regulation is something that is both necessary but also has to be handled with a certain amount of circumspection, the fact that we get things wrong. We don't have a clear picture of our world until much later and even then people argue about it, which doesn't mane that regulation is not necessary. It often is.

It's just that we have to realize that we may get it wrong. We have to be willing to adapt. I think that history doesn't so much teach us specific lessons as much as it gives you an appreciation for the complexity of things, for how difficult it is to get it right even though we sometimes have to act before we know exactly what the right answer is.

What Today’s CEOs Could Learn From Cornelius Vanderbilt