Dr. Marvin Zuckerman is Professor Emeritus at the University of Delaware. His research involves the sensation-seeking trait, affect assessment, and its role in risk-taking behaviors and its biological bases. A[…]
Go to Profile 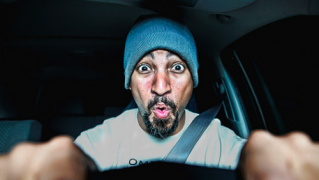 Since the days of hunting and gathering, males have been hardwired to seek out novelty and risk. Yet in today’s society, this trait often proves fatal.

Question: Are men more prone to possess the sensation-seeking trait?

Marvin Zuckerman: Well we find that it’s genetic in both, but males are almost always higher on the general trait and particularly on those subscales that deal with impulsivity. We call them disinhibition, for instance is one scale. And another is Thrill and Adventure Seeking. These are things men are particularly high on. These are things that also peek in adolescence and decline with age. So that’s an interesting thing because sensation-seeking also peaks in adolescence, it higher in men then women, peeks in adolescence, late-adolescence and declines with age.

Question: How does modern society repress the sensation-seeking gene?

Marvin Zuckerman: Well in the past, sensation-seeking was found in just the struggle for survival. Hunting I would imagine. The successful hunters were men who enjoyed it even at the risk of hunting large mammals. Mammoths and things like that. War has always been fighting among men, and still is related to sensation-seeking. But in modern western society where there is no war, most people find their sensation in other kids of activities. For instance, thrill and adventure seeking. Ordinary sports don’t provide much of that, exception sports like skydiving and hang gliding and white water rafting and things like that provide the sensation thrill and adventure seeking for a minority of people who engage in them. Your modern average man for instance finds his sensation-seeking in the way he drives his car. We find the high sensation seekers are more risky drivers. They drive at higher speeds, young males have more accidents, they tailgate; they use their cars for thrill and adventure seeking, and aggression. Sensation-seeking isn’t all thrill and adventure seeking. Sensation-seeking has outlets through other aspects through sex for instance. Which again is the reason for it’s survival that was involved in seeking a mate. And some men, and women, need a lot of variety in their sexual outlets and behavior and others don’t need that much variety and therefore are more monogamous. So that's one area. Drugs, drinking, partying, these are all outlets for sensation seekers involving different kinds of risks, but involving risk nevertheless.

Question: Are risk-seekers more prone to becoming addicted to drugs?

Marvin Zuckerman: Well, there are four types of risk taking which form the core you might say, smoking, drinking, drugs and sex. Now you can see three of those are substance abuses, and they act through the central nervous system. They act on centers in the central nervous system that give intrinsic pleasure. Particularly stimulant drugs like cocaine. They provide pleasure. They provide the kick that activities provide, like sex provides, for the sensation seeker. They are all correlated because they are all aspects of intensity seeking sensation and the novelty too. There’s a difference, for instance, in drug users between those who are high sensation seekers and those that are low. I found this out when I was treating drug abusers. The low sensation – well the average sensation-seeking drug abuser tries one drug which he enjoys particularly and sticks to it. The low’s try many different drugs. So, invariably they get into odd drugs like LSD that affect their minds as well as they provide unusual sensations as well as arousal, the low’s stay away from those drugs.

I remember once sitting around in a discussion in this drug abusing community and they were relating their drug experiences. One of them was a high sensation-seeking LSD user and he was talking about that he – and another one was shaking his head. And they asked him, “Joe, why are you – what do you think of this?” He says, “Man, that’s crazy.” Now this is a heroin abuser understand. “Why would anyone fool with that? That’s dangerous. It’ll fuck with your mind, you know?” He just couldn’t understand it, he just used heroin which initially provides some highs, but eventually it’s used because of the lows because you need it to stay feeling normal

Question: What is a specific link between high sensation-seeking and drug use?

Marvin Zuckerman: You find for instance that high sensation seekers – there are not many men who love war and combat, but there are a few, there are some who really find that exciting and will re-volunteer simply because they are bored with military life outside of combat. And there are various substances which are interesting as they stimulate the same sensors that are stimulated by intense and novel external stimulation. Drugs do that more directly, particularly drugs like cocaine.

The Genetic Basis of Risk-Seeking