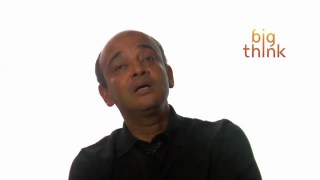 Why It’s Weird That We Honor Snooki

Question: Are you dismayed by the fact that TV and celebrity culture honor people for being immoral?

Kwame Anthony Appiah: I think that it’s... it would be terrible to limit the rewards of honor simply to morality, simply to moral behavior.  As I think of it, honor is important as one of the mechanisms for rewarding academic excellence.  Excellence in my own field... I think honorary degrees are a useful institution for helping to motivate people to do these things and to show what we value in the academy.  What kinds of work we value.  So these... honor here sustains things even though writing a great novel or a great work of social science is not a moral achievement.  And indeed, it’s perfectly consistent with being a bad person morally.  Still we should reward, I believe such behavior with honor.  So, I don’t want to limit... I don’t think we should limit honor to moral excellence.  I think we should use it to reward all kinds of excellence.

But we certainly shouldn’t use honor to reward the opposite of excellence in any domain.  It would be weird to honor each year the person who comes last in the U.S. Open.  And I think it’s weird to honor the people who perform in shows, like the “Jersey Shore,” who have achieved nothing of any really human significance except the kind of fame which one should probably better call notoriety.

So, now is that new?  Absolutely not.  There have been lots of forms of notoriety in the past which led to a kind of respect.  A negative respect for doing something spectacularly bad.  For example.  Dick Turpin, who was an English, basically highwayman and robber.  He was a famous fellow.  And people were sort of... people would have been excited to shake his hand now if they knew the were shaking it when he wasn’t pointing a pistol at them and asking them for their wallets.

So, yeah we human beings are like that, there’s a kind of frissant that comes from hanging out with spectacularly bad people or even sort of spectacularly tacky people, which is really what the "Jersey Shore" is about.  And I should say though that I think that it’s clear that while those people are getting a certain amount of notoriety and some money, no doubt, from what they’re doing, a lot of the response to them is in fact, condescension and they are... some people take pleasure, as a kind of schadenfreude of taking pleasure in people making fools of themselves while apparently not realizing it.  Or making fools of themselves in order to achieve something that’s not really worth the price of making a fool of themselves.  And in that sense I think that it’s kind of manipulative and unpleasant to be doing that to those people.  And the sin is not so much theirs as the sin of those who are doing it to them and those who are taking their nasty pleasure in watching it.

Can Individuals Spark a Moral Revolution?