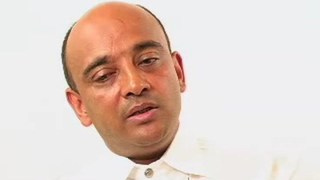 Question: What is your personal philosophy?

Kwame Anthony Appiah: So if you are a philosopher, you get asked on planes and trains and so on what your philosophy is. And I do have this sort of corny answer, which is that my philosophy is that everything is much more complicated than you first thought. I mean given that that’s what I really do think, I think that reality is very, very complicated and difficult.

Morality is very complicated and difficult, and we need guides to make our way through it. We need pictures, I think; but none of the pictures we have is completely right.

We are ever striving to make better pictures, and pictures are not true or false. They are more or less adequate to what they’re trying to represent.

So I wouldn’t expect there to be a massive and obvious coherence to my views or anybody else’s. I guess I do have as a result of this thought a kind of, as I say, a tendency to think that there’s going to be some merit in almost any picture. And so to look for the balance; to look for what can be learned from every set of claims, every perspective that’s reasonably on the table.

Rather than trying to bang my way through to one correct picture even of a small subject matter, I like to see what can be gained by looking at something from many points of view. And I think that that’s something that spills over into my view about how you should conduct yourself.

Politically I very much believe in listening to people who have policy views that I regard as preposterous. To try and figure out why they think what they think, and to see whether there might something to be said for their view; and if they’re willing to, tell them how I got to my view and why I think it’s reasonable; and see whether we can, if not come to an agreement, at least understand each other better.

And sometimes I think not come to an agreement, but shift each other’s position so that we end up in different places as a result of the conversation, even if we don’t end up in the same place. So those are kind of temperamental things, but I think they flow from a picture of what what philosophers might call our epistemological situation; the fact that knowledge is pretty hard to come by.

We’re not very well placed to come by the truth, and we have a better shot, I think, at coming by it if we pay attention to all of the many different attempts at the truth that are out there in many intellectual activities, many sciences, many other disciplines, and in many civilizations and many cultures.