David Wessel is economics editor for The Wall Street Journal and writes the Capital column, a weekly look at the economy and forces shaping living standards around the world. He[…]
Go to Profile 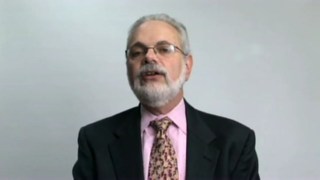 Who’s to Blame for the Financial Crisis?

David Wessel sees a long list of culprits, from the credit rating agencies to financial press—but puts the majority of the blame on Wall Street. This series was made possible by the Charles G. Koch Charitable Foundation.

Question: Who is most culpable for the crisis, Washington or Wall Street?

David Wessel: I think one of the extraordinary things about this crisis is the list of culprits.  Almost no check on the financial system worked.  The Bank Risk Management Committees didn't manage risk, the credit rating agencies stamped triple A, Gold Plated status on things that weren't, people made mortgages to people who couldn't pay them back, people got mortgages that couldn't pay them, the regulators were asleep, the financial press did a lousy job even though they tried to call attention to some of the excesses.  But while some aspects of the crisis were made in Washington, I think this one really falls more squarely on Wall Street.

This crisis had its roots in an attitude that Washington should get out of Wall Street's way and just let Wall Street do its thing: innovate, and make the world better for us while making a lot of money for them, and that turned out to be a mistake.

Question: Who was responsible for the asset bubble that formed?

David Wessel: As you know, there’s a big argument there.  What was the root cause of the bubble?  Was it that the Asian economies were saving so much money that they flooded the world with liquidity and as a result everybody that wanted to borrow could borrow whether or not they had something good to do with the money?  Or was it the monetary policy of the United States, the Federal Reserve, and some of the other central banks that kept rates artificially low, and that triggered the asset bubble and the borrowing binge?

I think what we’ve learned is quite clear.  The Federal Reserve used to believe, and they were explicit about it, that they could not and should not do anything to prick an asset bubble, stock prices, housing prices you name it.  Instead, they should wait until a stock or asset bubble of some kind burst and only after it burst should they get into the act and that would be the mop up strategy.  The only caveat was that if asset prices were somehow spilling over into the prices of goods and services, then maybe there was a case for the Fed to raise interest rates.

But Ben Bernanke himself had said that that view needs to be re-examined as a result of this devastating recession caused by the bursting of the housing and credit bubble.  So I think, right now, there’s a lot of ferment inside the Federal Reserve and there will be continued ferment until they are faced with this choice again, what to do about something that looks to a lot of people like an asset bubble, they will be more inclined to act than they would have ten years ago because of this crisis.  It may not be an increase in interest rates.  It may be using the regulatory or supervisory power to kind of lean on the bankers to stop lending so much. It may be actually forbidding certain practices.  They could have been much more aggressive in forbidding sub-prime mortgages, for instance.  But the world will never be the same as it was in 1999.

David Wessel: Well, the world economy is unbalanced, and this imbalance is both partly responsible for the crisis and is hurting the recovery from the crisis.  The fundamental problem is that the United States saves too little, and borrows too much; most of it from Asia, and Asia, particularly China, saves too much and relies too much on sending that savings to the United States instead of using that money to buy stuff from us.

So, this imbalance, they save too much and we don’t save enough, has to end for the world to get on with the business of widely shared prosperity.  One way in our system that that happens is through exchange rates because when the dollar falls and another currency rises, that makes imports more expensive to Americans and it makes our exports more attractive to foreigners.  In almost every country in the world now of any size, the currencies are moving around with the markets.  The Chinese are a notable exception.  The may be something that they think is in their interest, but from what I sit, it’s slowing the process of readjustment and rebalancing the world economy and is not doing the world any favors even though it may be very popular with the Chinese exporters.

Question:  Is there anything that American policymakers ought to be asking the Chinese?

David Wessel: The problem is that the Chinese are not going to do things because America wants them to.  They are going to do things because they are convinced they are in their self-interest and the Chinese learned a lesson from Asian financial crisis, which is when exchange rates are very flexible they can move down very fast and cause a calamity.   And had learned a big thing from the recent crisis, which is the Americans don’t know quite so much about finances they pretended.  “The teacher has become the pupil,” one of the Chinese officials said to an American official.

As a result, the U.S. doesn’t have much credibility with the Chinese and we can trot out 50 economists who tell them this is in their interest and they’ll look back and see that none of those economists predicted the great panic that we just lived through.  I think in the end, what will happen is, that other Asian countries whose currencies float against the Dollar will pressure the Chinese because it makes it difficult for them to export if the Chinese currency is not rising against the Dollar and the Thai Baht, and the Indonesian Rupiah are rising that gives the Chinese an unfair advantage, these countries say.  And eventually the Chinese will realize that they are creating a lot of strains in their own system by holding the Chinese wheel arm low and they’ll adjust.  They’re getting a lot of pressure from the IMF, from the World Bank.  So, I think it will only happen when they are convinced it’s in their interest and one way that is likely to happen is not through pressure from the United States, but more from pressure from other people.