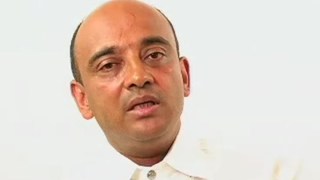 Which philosophers inform your work?

Past philosophers and thinkers who have influenced Appiah’s work.

Kwame Anthony Appiah: There are certain people that I have read over the years who I’ve found particularly helpful to return to when I’m thinking about, say, these identity questions.

John Stuart Mills comes to mind. I think that “On Liberty” is a book that repays endless rereading. And most years I read some of it with students at some level, undergraduate or graduate, because I find it so rewarding, and I learn new things each time I look at it.

There are some particular philosophers that I find inspiring and helpful in that way. Not that I agreed with everything he says. I’m not a Millian, but I’m someone who finds Mill endlessly rewarding to read.

In general in philosophy, I think one of the ideas that has actually proved the most useful to me is a relatively technical idea that comes from the work of a philosopher that most people haven’t heard of called Frank Ramsey – who died when young in England in the 1930s – who was a colleague of Russell’s and Moore’s and _________ and so on, and who laid the foundations, among other things, for much more modern thinking in many fields, not just philosophy.

He was one of the first people to work out the way of thinking about how people should take decisions. It’s called “decision theory,” which is at the foundation of much modern economics for example. I think very often it’s helpful rather than, as it were, trying to say what it is for a concept to apply in a direct way. It’s often helpful to say no, let’s ask a different question. What would it take to persuade me that it applies to a particular thing?  What would be legitimate to do if it did apply?

And you can think of, say, some of the work that I did on race as applying this basic Ramsay idea to the race concept. Asking not what is race, but how do we use it? How do we decide that somebody is of a certain race? What are our practices of ascribing racial labels? And then what do we do when we’ve ascribed a racial label? What follows from that? And then you can ask the question, which aspect of this set of practices can be justified?

If our practices of ascription presuppose false biology, then they can’t be justified. If our ways of treating people on the basis of race are inconsistent with fundamental moral principals, then those ways of treating people can’t be justified. And so we must revise and reform the concept both to make it intellectually sound and to make it consistent with what our best understanding is of reality, and also to make it morally or normatively sound so that we can make it consistent with our best understanding of morality, and what it is to lead a good and responsible life.

I don’t like characterizing philosophers in terms of their ancestry, there affiliation within philosophy. But if you put a gun to my head and say, “You have to do that” – I’d say I’m a Ramsian and I’m a Millian. Those are the two philosophers who I think have had the most influence on me.