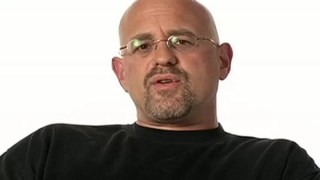 What forces have shaped humanity most?

Science is the worst way of knowing except for all the other ways of knowing.

Question: What forces have shaped humanity most?

Dan Gilbert: Well certainly science and religion are the two big ones that come to mind, and I think, unfortunately, pulling us in opposite directions. I mean for me, the large story that has been playing out for several centuries, and that continues to play out today on the world stage, is the battle between the rational and the irrational. For me, science represents one of these. Religion, I’m afraid, represents the other. So I think it would be hard to tell the story of human civilization without talking about science and religion. Very easy to tell most of the story without talking about these two things. there are certainly signal events in both science and religion. As a scientist, one can point to Darwin. One can point to Einstein. I don’t think single events are what either of these forces are about. I think these . . . these two things are ways of thinking. It’s not about the discoveries that science has produced because, as I always tell my students, half of what I’m going to teach you today is wrong. I just don’t know which half yet. You know, science is about constantly revising our beliefs. So I wouldn’t point to single discoveries and say, “Wasn’t this important?” What science really has to teach us is a way of knowing. And it’s a way of finding out what the truth is about the world. Science is not infallible, but it’s . . . it’s as close as we can get. You know, Winston Churchill, I believe it was, who said, “Democracy is the worst form of government except all the others.” Well science is the worst way of knowing except for all the other ways of knowing.

Which philosopher really gets it?